American Milkshake Looks at High-School Life in D.C. During the O.J. Years 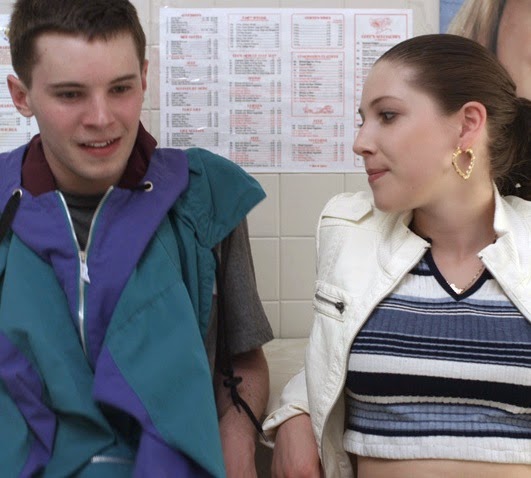 American Milkshake is a fairly unknown Sundance high-school drama about a street- and book-smart white kid in Washington D.C. who attends a magnet school to avoid the "dorks" at what would have been his regular school.

All he wants to be is black, like the majority of students at the school and on the varsity basketball team that he makes as a token white person.

He dates a black girl. He later dates an Hispanic girl. He thinks dating these two girls at once is "dope" and will give him the street cred he so desires.

The filmmakers seem to have a good grasp on the silliness of Jolie Jolson - yes, he's a direct descendant of Al Jolson, made famous long ago for his song-and-dance routines in blackface - and the film makes a nice arc to display his coming of age and a certain level of maturity by film's end.

The last line of American Milkshake is hilarious and makes the movie both believable and inconsequential at the same time. That said, there is something very lovable about Jolie, played with a  knowing smirk by Tyler Ross, who doesn't even have an entry on Wikipedia!

With the O.J. Simpson trial happening throughout the background of the story, set in Jolie's senior year, this is a nice trip down memory lane of the mid-1990s, when Netscape was just beginning to rear its head and face-to-face relationships were the only relationships.