Classic Reads: The Battle of Good and Evil Summed Up in Moby Dick 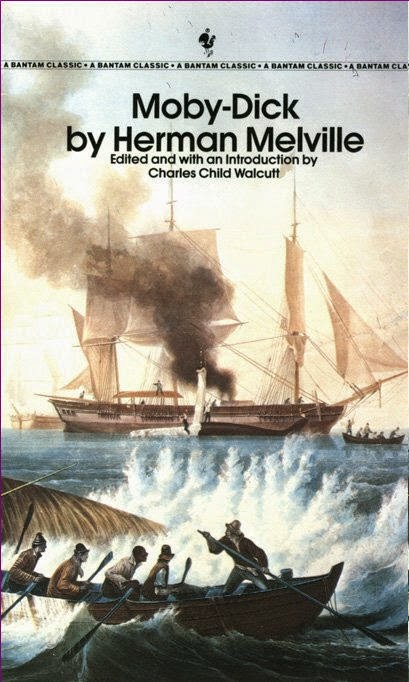 Moby Dick is probably the greatest tale of good versus evil ever written.

Herman Melville wrestled throughout his epic novel with how man fits into the universe and, while the white whale may seem like the evil one for the book's generations of young readers, Captain Ahab is certainly far worse for his over-the-top obsession to kill the whale.

The story begins with Ishmael, a schoolmaster from Massachusetts who is left empty by his job and heads to New Bedford to find a new one on a whaling ship. The night before setting sail, he meets and befriends a bizarre fellow named Queequeg. They both set sail on the Pequod, a Quaker-owned whaler from Nantucket.

Starbuck and Stubb are in command at first because the mysterious captain remains in his cabin. But then, after a few days, the harsh Ahab appears, not with a wooden leg but with one made of whale bone. He is also scarred along his face down into his collar, making it look like it runs the length of his whole body.

Ahab announces that he will give a prize of gold to the first person on the ship to spot the great white whale Moby Dick. Starbuck and Stubb think Ahab is crazy and that he is bound to lose more than just his one leg to the sea monster. Not to mention that the whale would probably kill them all.

The Pequod encounters other ships whose captains warn Ahab not to seek out the whale. One English captain even has a fake arm also made of whale bone. Finally the crew receives enough clues that "there she blows" is soon uttered and, almost just as soon, the whale dives under the ship and splits it to pieces.

As the men engage in a torturous battle with the creature, Moby Dick becomes more and more listless. The rope from Ahab's flung harpoon coils around his neck and rips him into the water. All the crew is lost except Ishmael, who incidentally tells the tale.

Moby Dick is no doubt a must-read for everyone.
Posted by Pop Culture Lunch Box at 10:19 PM