Dramatic Range, With a Touch of Children's Hospital, Sparks In a World ... 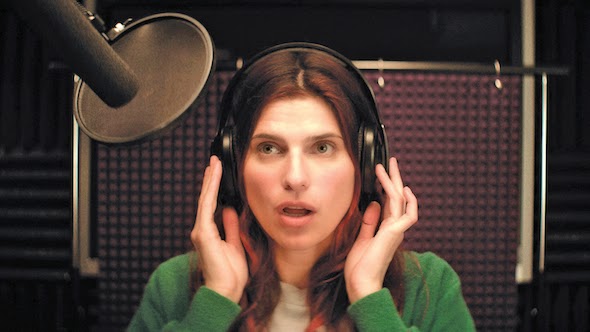 If I weren't already a fan of Children's Hospital, sort of a beyond-bizarre version of Scrubs, I'm not sure what I would think of this In a World ...

But the comparisons end there. This is not a wacko goofy film. If anything, it is almost a documentary on the competitive world of actors vying for voiceover parts in films and trailers.

Bell's character is the daughter of a legendary voiceover artist who is not ready to cede his roles to her. She wins a part that he wants. Family dysfunction ensues.

Even as a fan of many of these actors (and there are many many guest appearances from comedy and film stars), it took me nearly half the picture to warm up to them and feel like I cared about the niche industry of voiceover.

By the end, the characters and the story are absorbing. The filmmakers even achieve giving Corddry dramatic range.