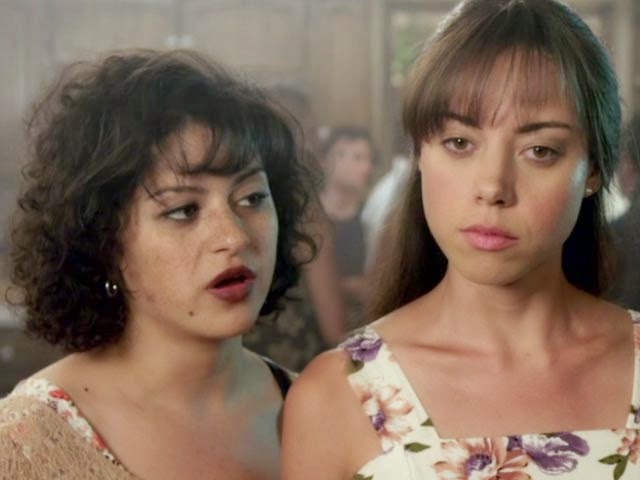 Aubrey Plaza is one of the main reasons I have continued watching Parks and Recreation all these years. She's now making the leap to movies and it seemed like the first place I should start is The To Do List, which got fairly positive reviews.

She plays Brandy Clarke, a high-school valedictorian who is inexperienced in many ways. Based on all the things her more experienced sister and mother tell her, she creates a to-do list of sex moves to perform during the summer before college, culminating in going all the way with cheeseball hottie and lifeguard rocker Rusty Waters, played pretty hilariously by Scott Porter of Jason Street fame in TV's Friday Night Lights. Her conservative, Rush Limbaugh-leaning judge dad is also pretty funny, although nowhere near the league of Ted Knight's high-bar-setting Judge Smails in Caddyshack.

Despite the all-star cast, including Bill Hader, Arrested Development's Alia Shawkat, Christopher Mintz-Plasse, Connie Britton, and Andy Samburg, not many laughs stick, and some bits, like the Beaches song and Caddyshack poop-in-the-pool take-offs, are plain painful to watch.

Plaza's movie career is starting in fits and starts. Safety Not Guaranteed was good but not great. Scott Pilgrim Vs. The World was pretty average, and I don't think I can even consider watching Life After Beth.

Get it together April Ludgate. Parks and Recreation is about to end.