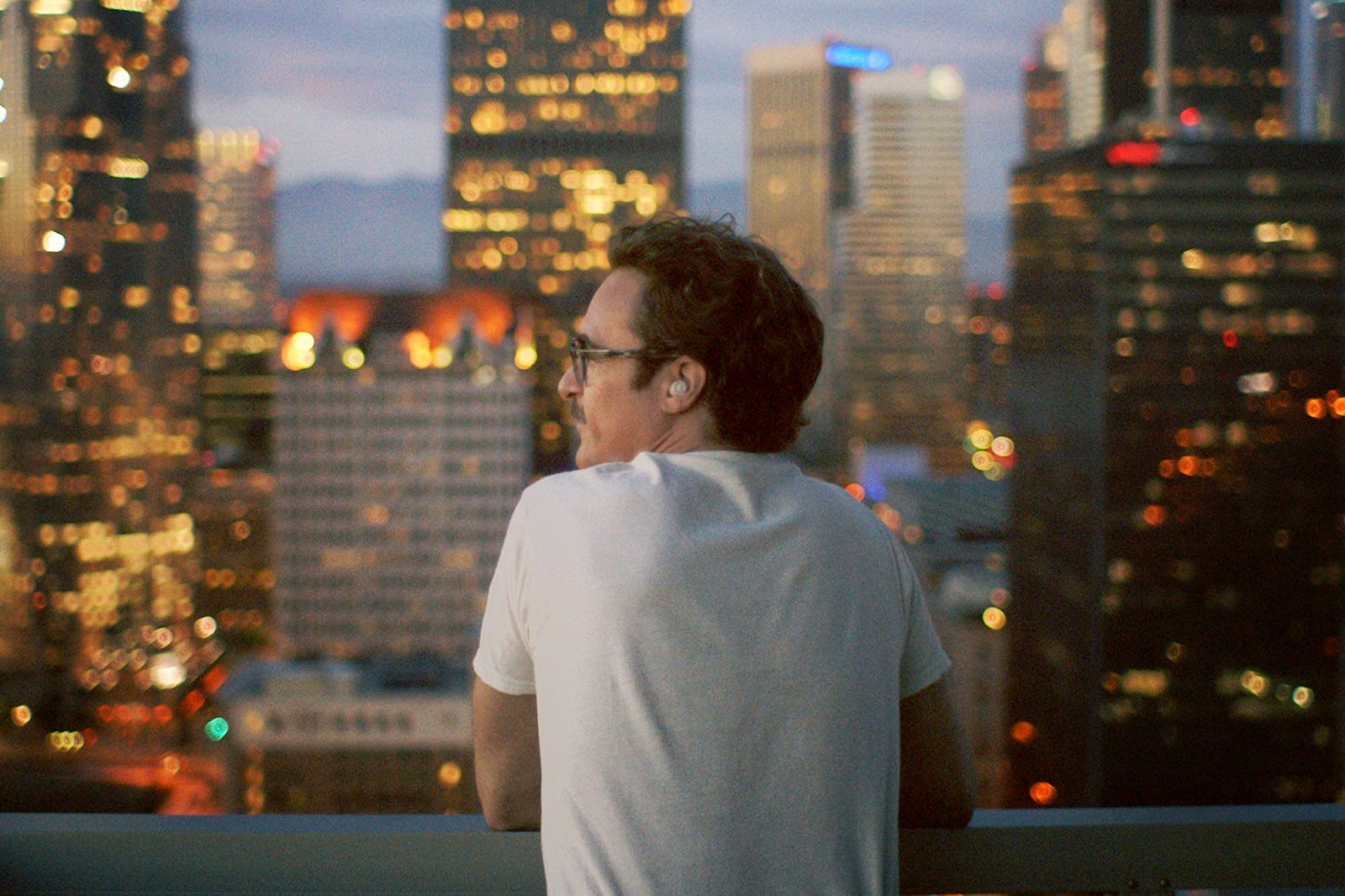 Her was nominated for best picture at the Oscars last year and rightfully lost to 12 Years a Slave.

Still, I really love the concept by music-video-director-examplar Spike Jonze. The classic sci-fi plot of machine overtaking man is taken to fascinating psychological extremes, with Scarlett Johansson's playful and sexy voice as the operating system that the weird and exotic Juaquin Phoenix falls for hard.

The two turn in wonderful performances, as does Juanquin's sympathetic friend played by Amy Adams and the hilariously clueless Chris Pratt as one of his colleagues.

The way we all stare at our cellphones as we walk down the street makes this story seem like a near-future possibility. The massive and futuristic Los Angeles setting is also captivating, as are the goofball 50s pants worn by most of the male characters. That Phoenix basically falls in love with his cell phone/desktop is endlessly sad, but it is indeed a bit of a stinging metaphor for our burgeoning relations with our technology over the past 20 years or so.

Her moves a little slowly in places and sometimes unfolds like a long music video. Luckily, Arcade Fire's soundtrack treatment is gorgeous. For fans of Jones' works like Being John Malkovich, Adaptation, Where the Wild Things Are, and for lovers of non-special-effects sci-fi, this flick is a can't miss.