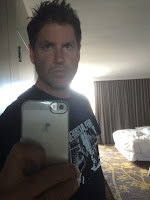 "In my waxed up hair and my painted shoes," in the words of The Replacements, who remain a major glaring omission from the Rock and Roll Hall of Fame and whom I proudly sported on my shirt, I was ready for my Labor Day visit to the museum here near my Westin hotel in Cleveland. 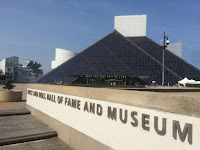 I knew the three-hour opening-night reception at Content Marketing World, the conference I'm here to attend (featuring John Cleese, Nick Offerman, and Barenaked Ladies, I might add), would not be enough time to tour what is pretty much my ultimate museum. And I was right. I spent six hours there, mostly on the bottom floor and also watching films about American Bandstand, the Hall's inductees, and how "video killed the radio star."

I think I realized that music from the Midwest might actually be my favorite rock geography. I stood in awe viewing a collage of Replacements flyers, a contract to play CBGB's under the band name Gary and the Boners, a bill for damages they caused at a 1985 UC-Davis gig, and penned lyrics to "Bastards of Young" and "Here Comes a Regular." 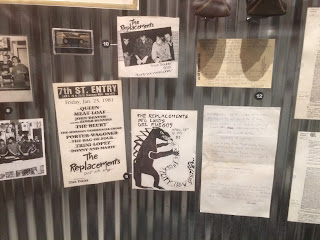 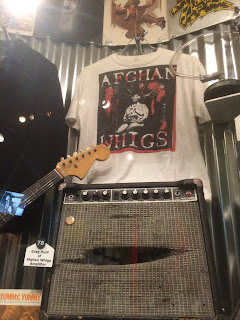 The reason a case could be made for the Midwest (despite my obvious bias, being from St. Louis): along with the Mats in this exhibit are Soul Asylum, Husker Du, the Jayhawks, Prince, Uncle Tupelo, Wilco, Son Volt, Violent Femmes, Liz Phair, Smashing Pumpkins, Cheap Trick, Afghan Whigs, and Guided By Voices (criminally absent from even having a piece in the museum unlike all these bands that are not inducted but at least represented). 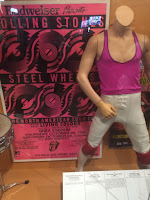 The facility gives plenty of space to Jimi Hendrix, the Rolling Stones, and the Beatles. 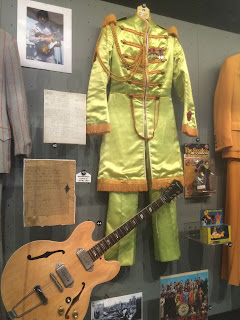 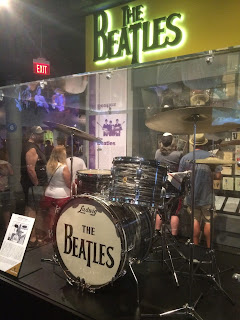 Also, I found the note from Charles Manson to Rolling Stone's Jann Wenner offering interview material in exchange for a jailhouse subscription to be charming. 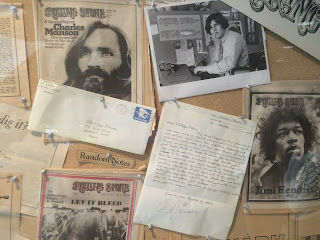 If you love rock music as much as I do, buy yourself a ticket to Cleveland. I can't believe the place has been open here on the shore of Lake Erie since 1986 and this was my maiden landing. 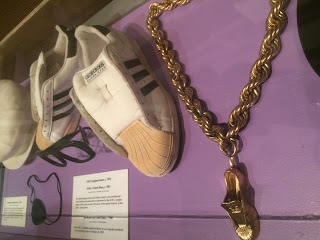 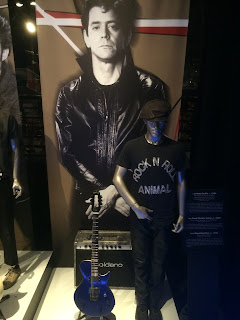 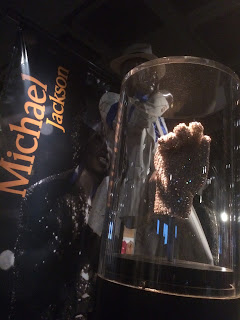 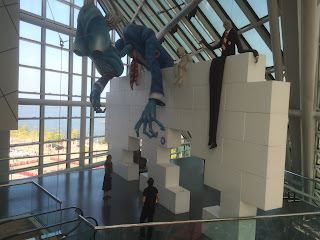