Clearance Sale: A Raft of Movies (Plus a Book) From the Past Few Months Gets Reviewed Here 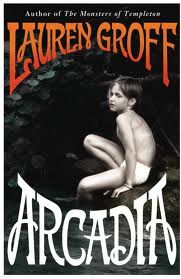 I've seen a hodgepodge of movies lately. I'm not sure that any of them warrant their own blog posts at the moment so this compilation to help me remember what I've seen lately will have to do.

And as a side note, a book I recently skimmed was Arcadia by Lauren Groff. I was excited by this one because of all the praise it received, and I'm a sucker for anything about cults (see my articles on The Polyphonic Spree, the movie Martha Marcy May Marlene,  the Children of God-inspired band Girls, Charles Manson, and more. But this was flowery prose that had me bored 20 pages in, at which point I decided to read the starts and ends of chapters and a summary online. It's about a kid named Bit who is born into a cult at a place called Arcadia, which holds its members together in the beginning by some sort of vegan concept. Along the way, Bit grows to like the place less and less and it ends with technology and burnouts taking the place over. Criticize me for not deeply absorbing this whole book, but life is too short.
1.5 out of 5 stars. 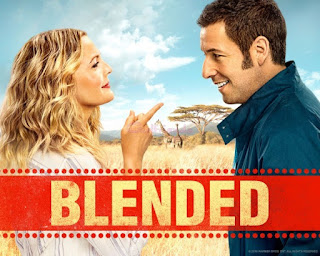 Now transitioning to the movies but keeping in line with the blandness of Arcadia, Blended was the worst of the batch. The Wedding Singer was a true comedy classic and possibly Adam Sandler's best movie. He and Drew Barrymore killed it with chemistry. And they teamed up on 50 First Dates to nearly equal effect. But this mess of bad African stereotypes is so bad that I couldn't take my eyes off it. Like a nightmare Brady Bunch, it takes forever for the two stars to fall in love. Most jokes fall flat, but all the kids and the occasional moment that lands save this from being one of the worst movies of all time. It's so dumb, and it seems like a product of the Radical Right in that it's potty-talk free and kind of racist, but you know what, I ended up guiltily liking it.
2.5 out of 5 stars

J. Edgar
It's hard to go wrong with a fictional biopic in which the lead character is played by Leonardo DiCaprio. The focus on this one is mostly about his closet homosexuality that mostly expresses itself in asexuality.
3 out of 5 stars

John Dent
I'm not a big action-adventure guy, but I like Keanu Reeves a lot and this is a pretty perfect role for him, as a tortured assassin.
3 out of 5 stars

Deliverance
Burt Reynolds' brightest moment. And one of the best films ever (in fact, #15 on my list).
5 out of 5 stars 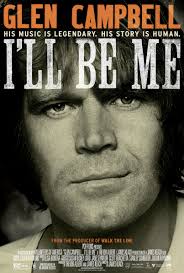 Happy Valley
This story about Jerry Sandusky and the corrupt Penn State football program is almost too sadly pathetic to truly recommend, but this story is told really well.
3.5 out of 5 stars

The Big Lebowsky
Some movies you just have to see again and again to like more each time (#13 on my all-time best list).
5 out of 5 stars

Glen Campbell - I'll Be Me
In the moments when it's not looking a little to uncomfortably like a reality TV family story or a little bit too much of an advertisement for fixing Alzheimer's, CNN's Glen Campbell documentary is good, down-home entertainment. And Campbell himself is such a great guy. His music, further, just makes any time spent at all with the country legend a joy.
4 out of 5 stars
Posted by Pop Culture Lunch Box at 1:57 PM