Friday Night Lights captures all that is America 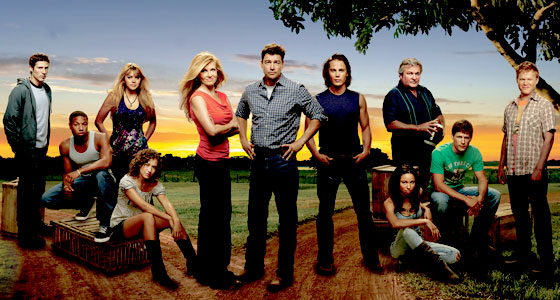 Friday Night Lights isn't just a book, a movie, a TV series, and recently the focus of a captivating 25th-year anniversary article in Sports Illustrated (an excerpt from a full book) by author Buzz Bissinger.

It is an experience, an entire way of life. I think the reason it remains such a force in our culture is that just about everyone who grew up in the U.S. can identify, and it all forces us to reflect upon our high-school and post-high-school years, for better or worse.

Friday Night Lights isn't a story about high-school football. I mean, it is, but it's much more about friendships, youthful pettiness, leadership, love, race, alcoholism, hopelessness, hope, and the rare successful mix of comedy and drama.

In undergrad at Southern Illinois University, my sports-journalism professor, the formidable and legendary Bill Ward, assigned the book to us. And I loved it, even if I didn't realize at the time what a modern classic it would become. In fact, it still sells about 5,000 copies every month.

I certainly hyper-identified because these real-life kids (reality programming when it was still good) at Permian High in West Texas, like me, went to high school in the late 80s and experiencing growing up in the Midwest.

And it wasn't like I spent every Friday night at our football games. We had good teams, but to my mind, the soccer games (in which I was a player) under the lights on any night but Friday were every bit as entertaining, other than the fact that they didn't hold that Friday-night hope of an entire wild weekend ahead of us.

That's the feeling Friday Night Lights truly gives us. There was the excitement of the inevitable house-party that would happen over the weekend. Or one out on one of the big farms north of town. This after hanging out in McDonald's parking lot or cruising around for hours waiting to get the word of where everyone was that night.

There could be love or alcohol or fights or interesting conversations or dumb pranks or hiding something in a cabinet that the host's parents would eventually find and wonder about.

Everyone can identify with one of the main characters. Take the near-perfect TV series, which ran for five seasons and would clock in as my fifth-favorite show of all time, right behind Mad Men, Seinfeld, Saturday Night Live, and All in the Family. With Tim Riggins (Taylor Kitsch), the rebel drinker with hidden talents but more troubles than a kid can be expected to handle. With Matt Saracen (Zach Gilford), the quiet quarterback who was idolized for his athleticism when he was probably just as talented at art, something not considered when it comes to high-school popularity. With Brian "Smash" Williams (Gaius Charles) and Vince Howard (Michael B. Jordan), the black superstars who were golden gods on the field but had endless worries off-field living in a place with deep-seated racism and inescapably hopeless environs. With Lyla Garrity (Minka Kelly) and Tyra Collette (Adrianne Palicki), the worshipped, wealthy cheerleader and the restless but smart trailer-trash girl.

Then there's Coach Eric Taylor, played by Kyle Chandler, and his wife Tami (Connie Britton). Almost every line Coach says throughout the series is mesmerizing or flat-out hilarious. Armed with amazing scripts, Chandler gives a performance that is every bit as nuanced and worthy of respect as Jon Hamm (Mad Men), Carroll O'Connor (All in the Family), or Bryan Cranston (Breaking Bad).

I now have the final piece of the Friday Night Lights puzzle queued up on my DVR to watch. It will be a miracle is Billy Bob Thornton's performance as the coach can compete with Chandler's.

Meanwhile, every time I encounter Friday Night Lights, I reflect on a different experience from high school. That is a powerful reminder of how pop culture mixes with and affects the way we make it through this weird and wonderful little amount of time we spend existing.
Posted by Pop Culture Lunch Box at 10:21 AM