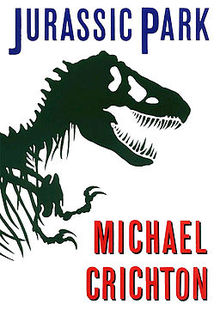 I've been doing a good job of getting back to reading novels lately after a few pretty sparse years in which raising two young kids has tested my ability to keep two eyes open for too long on the written page.

Before I dig into an epic I've been trying to get at for many years, Infinite Jest by David Foster Wallace, I've recently finished West of Sunset, Jurassic Park, and A Doubter's Almanac.

Jurassic Park by Michael Crichton is obviously the most classic of these. Somewhere between horror and science fiction, the book is a page turner that is better than any of the four films in the series, all of which I've since watched with my 8-year-old Jackson, who loves them. The book has more detail about the dinosaurs and several scenes that are left out of the movie, like at the start when a little girl gets pecked apart by mini reptiles on the mainland of Costa Rica away from the island where the human-created creatures are supposed to be contained.
5 out of 5 stars 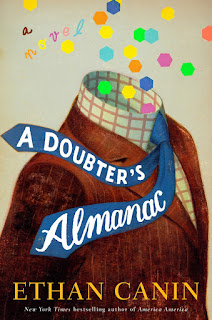 My favorite contemporary author is the Iowa- and Michigan-based Ethan Canin, and his novel For Kings and Planets is still my favorite book of the past 20 years. His new one, A Doubter's Almanac, is an epic and every bit as much of a page-turner as Jurassic Park. But it's gripping because it explores the dynamics of a family over generations that has a gift (or is it?) for mathematics. Nobody is better at nuanced characterization than Canin, and this touching story about how we never truly know all that much about our parents' lives is no exception. Not as great as For Kings and Planets, but as good as his most recent, America America, and a must-read.
5 out of 5 stars 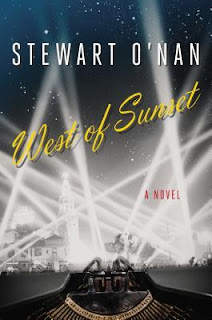 Keeping the string of winners going is West of Sunset. I've always struggled to read The Crack Up and anything else at the end of F. Scott Fitzgerald's life, but Stewart O'Nan makes it easy to dig into and transplant ourselves into the final days of Fitzgerald, which is a fascinating and sad place to be. Still devoted to his wife Zelda and daughter Scottie but separated by the country, the author hunkers down in Los Angles to reap increasingly disappointing returns on his movie scriptwriting. His health is failing as famous characters like Ernest Hemingway and Humphrey Bogart drift in and out of his life. This is impossible-to-put-down fictional history.
4.5 out of 5 stars
Posted by Pop Culture Lunch Box at 12:16 AM