Would you have sex in a driverless car? 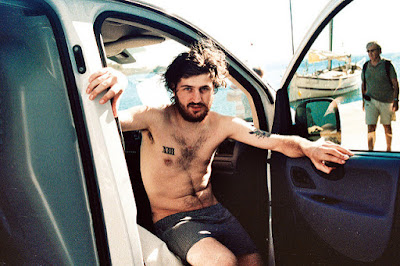 I love getting contacted by journalists to be interviewed about slightly off-kilter stories.

Our specialty where I am communications director at Mobility Lab is how people think about their transportation options. Seems pretty straight-forward, right? But really, we've found that people are mostly sleepwalking through these decisions, accepting that they will climb into a car and drive alone somewhere without even thinking there could be options.

We think things like Uber, Lyft, electric and driverless vehicles, and even new trends like bikesharing, the return of carpooling, and working from home are starting to make changes in our societal sleepwalking.

At first glance, this article I was quoted in yesterday in The Daily Dot, a respectable online news source that has been around since 2011 and is mainly geared towards millennials, seems similarly off-kilter. But it looks pretty smartly at one issue policy-makers will surely consider in the years ahead: when we no longer need our hands on the steering wheel and our feet on the pedals, will we do new things while traveling in cars down the road? New things like having sex. And is that a good or bad thing?

For now, our take on it is this:


"Having sex in a driverless vehicle seems like a pretty wacky concern, but it’s actually good foresight by Barrie Kirk [the cofounder of a Canadian autonamated-vehicle research group]. After all, much of the reason car companies and governments are so hopeful about driverless cars is because distracted driving has made car travel so dangerous in the first place," Paul Mackie, communications director at the transportation research organization Mobility Lab, said in an email. "Once driverless cars are fully on the roads, there is no doubt many, many lives will be saved. And if that means more texting, sleeping, and having sex in those vehicles as they move down the highway, well, we as a society will be much better for it.”

The article goes on to poll a small sampling of 211 people. And 81 percent of them say they would "have sex while riding in a driverless car." I wonder if those numbers would be any different if we polled Mobility Lab's audience in comparison to The Daily Dot's readers. It seems pretty safe to say you could poll any group and the number would be high for any question that begins, "would you have sex while ______."

In the end, I again agree that this may seem like a wacky issue, but safety is a major focus of the U.S. federal government's $4 billion investment to bring driverless cars into the mainstream. So by the time fully autonomous vehicles are all over the road, it seems that laws will be in place to curtail distracted behavior.

One out of four accidents in the U.S. is caused by texting and driving, way more often than accidents from drunk driving. It’s a national epidemic that isn’t going to get any better as we love our devices more and more. And driverless cars are having an easier time being accepted into the mainstream because future generations are excited about being able to text and be productive while they get places in a car. Better still if it’s a shared car because you don’t have to park it, make monthly payments on it, or take it to the shop for repairs.

Photo by Simon Lefebvre in Flickr.
Posted by Pop Culture Lunch Box at 10:51 AM