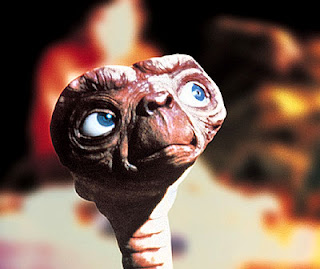 With The BFG now providing a decent opportunity to take the kids to the movies (despite early reports that it's a dud), this is the perfect time to take a look back and rank the films of one of the modern movie masters, Steven Spielberg.

It's very difficult to pick Jaws over E.T., which is the one movie that makes me cry no matter how many times I've seen it. But then again, Jaws may be the scariest movie ever, and fear is a powerful thing. A case could be made that no director's best 10 films make up a stronger top 10 than these ones from Spielberg.

And then there are the many that I actually have to admit I've never seen (or possibly completely forgotten): 1941, Hook, The Adventures of Tintin, War of the Worlds, War Horse, The Sugarland Express, Empire of the Sun, The Terminal, Bridge of Spies, Munich, and The Color Purple. Of these, are there one or two I absolutely need to check out and possibly add to this list?
Posted by Pop Culture Lunch Box at 9:04 PM