Some of the most interesting things I’ve learned about Seinfeld, part 1 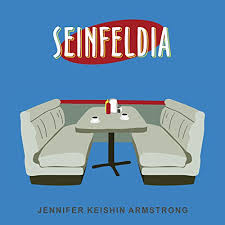 Jennifer Armstrong wrote a fascinating book about the ultra-classic TV comedy Seinfeld. The book was released in 2016 and I started it when it was released but only now got back to finish it. Although it’s certainly worth reading on its own, here are a handful of the endless nuggets of interest (part 1):
After I read the second half of the book, I'll post the rest of the nuggets of interest.
Posted by Pop Culture Lunch Box at 4:59 PM