Fountain of Youth springs eternal in Youth and Zootopia 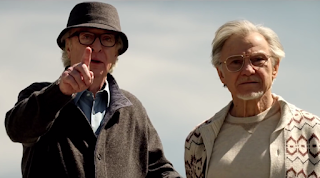 The fountain of youth can be a powerful theme in the movies, especially as we get a little older and more aware of the swift mortality that is our lives.

This fact makes the Michael Caine-Harvey Keitel vehicle, entitled Youth, a spellbinding work. While it's difficult to take one's eyes off the movie, it's not for want of trying. Youth is slow, with a barrage of cliche lines (that mostly somehow work well), and often seems it would be best suited for the stage. It's also a little disorienting, perhaps intentionally, as for most of the film the two lead actors seem to be at a strange home for rich people (young and old) who have fallen on difficult times. But it turns out are were only vacationing at a resort in the Swiss Alps.

At the 2015 European Awards, it took home best movie, best lead actor for Caine, and best director for Italian Paolo Sorrentino. And the content about losing once greatness or even ability to show talent (see the stunning depiction of once-masterful soccer star Diego Maradona) is intriguing, as are the many strange fantastical sequences with the lead characters looking back at various aspects of their lives.

On the most primal level, I could watch anything with Caine and be at least somewhat entertained. 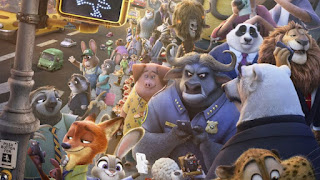 But much more uplifting is a film for the youth, Zootopia, which I finally got around to seeing. The animals zoom around the big city in a quest to eradicate stereotyping, police profiling, and racism. It's a pretty great message to be teaching our kids at this point (or really any point) in history. And Disney has once again mastered the art of entertaining both children and adults with a raft of double meanings throughout.