Quoted in USA Today: Ride-hailing has a friend in Chao, but does self-driving? 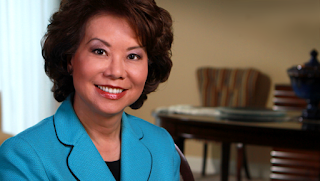 Third times a charm: I'm honored to have been quoted three times in the past year in USA Today, a paper with a reach of 45 million people, according to my media analytics tool Meltwater. The first time was about the city of the future and then about Uber and Lyft being forced out of Austin.

Today I was quoted in an article about Donald Trump's pick for transportation secretary that made Page 2B of the hard-copy edition (which isn't easy to do; have you seen the hard-copy lately? It's about 20 pages). Some of the highlights of the article were republished from my gig over at Mobility Lab. The same thing appears here.

In today’s USA Today, technology and culture reporter Marco della Cava notes that although incoming U.S. Transportation Secretary Elaine Chao’s “public service record is extensive, her leadership tenure as Labor secretary and at the head of organizations such as the United Way and the Peace Corps doesn’t shed much light on how she would rule on autonomous driving issues.”

In September, the U.S. DOT released “a book-length document that served as the Obama Administration’s endorsement of self-driving cars as a safe and environmentally friendly alternative to human-piloted machines, which kill some 30,000 people a year. In stark contrast, the 2016 Republican platform chastises the current administration for “its ill-named Livability Initiative (that) is meant to ‘coerce people out of their cars.'”” 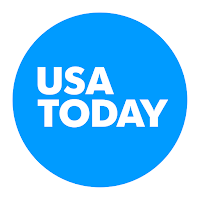 della Cava goes on to ask me whether Chao, if confirmed, would stick by the party line and look to scrap the document and start over?


“She could in theory, but everyone recognizes this is going to happen one way or the other,” says Paul Mackie, spokesman for Mobility Lab, a publicly funded research institute that provides information about transportation alternatives and solutions.

It’s an intriguing dilemma for Chao. The last two DOT secretaries, one a Republican and one a Democrat, agreed that making bikeability, walkability, and mass transit far better was a non-partisan issue and would be great for the economy and people in general.


Mackie suggested that the movement towards funding better biking, walking, and transit conditions might not change much with a new DOT secretary in place. He said Chao’s role is more as “cheerleader” given that many of the nitty gritty decisions about how municipalities go about solving mobility challenges remain at the state and local level.

The Republican platform also opines that DOT funding is incorrectly used for bikeshare programs, sidewalks, recreational trails, landscaping, and historical renovations. della Cava and I also discussed how getting rid of federal funding for transportation elements that promote so many societal benefits “would seem to run counter to what the President-elect Donald Trump might value, given he is a real-estate developer.”


“True quality of life improvement in cities comes from walkability, which improves health, happiness and real-estate values,” Mackie says. “Real estate is hottest where mass transit is. You’d like to think Trump would understand that as a builder.”

Read the complete article at USA TODAY (Page 2B of the hard-copy edition)
Posted by Pop Culture Lunch Box at 4:58 PM