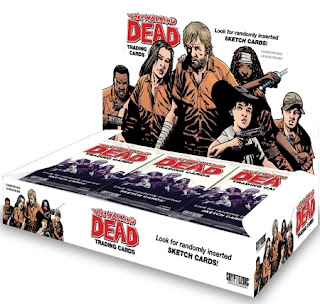 I've been accused occasionally of not having a wide enough spectrum of knowledge about pop culture to be the owner of a pop-culture blog. But you try watching everything on Netflix, Amazon, and HBO, going to the movies, reading all the books on my Kindle list, going to the theater, and listening to all the new music on Spotify with a family and a full-time job.

Ahem. I do what I can. Well, after finally watching The Empire Strikes Back today (yes, it only took me 36 years; I swear I thought I had seen it multiple times already!), I also read book one of The Walking Dead. It captures the first 12 comic books and is a story of cultural significance nearing that of Star Wars.

It does not match Y: The Last Man, which I consider the greatest graphic novel and is also from the apocalyptic genre. The dialogue of Dead can be cliche and lazy and the story is fairly predictable. Or, maybe I've just heard so much about the phenomenon over the years that some of the thrill and suspense has been a bit ... suspended.

Rick stars as a cop who goes into a coma after getting hit in a shootout only to wake up in a world where most humans have been replaced by zombies. He makes his way from the country to Atlanta, where the zombie situation is extra bad. He is helped to a camp outside the city to amazingly reunite with his wife Lori and young son Carl. It's soon revealed that Lori had sex with Rick's ex-partner Shane after they thought Rick had died. This tension boils to a head when little Carl shoots and kills Shane before Shane nearly murders his dad. Turns out, Lori is pregnant, possibly with Shane's baby. Will be interesting to see how that storyline pans out.

The group meets a former NFL player named Tyreese, Carl is shot in the woods, and a man named Hershel helps save him while welcoming the RV-traveling crew to stay on his fenced-in property. This arrangement goes sour after Hershel is forced to re-kill his already-dead three children, who escape from the barn where they had been locked up. The crew leaves and soon finds an abandoned prison, which they are getting prepared to settle as this book comes to a close.

I can't wait to read the rest of the graphic-novel series, but I'm not so smitten that I feel I need to also watch the TV series. Am I wrong?