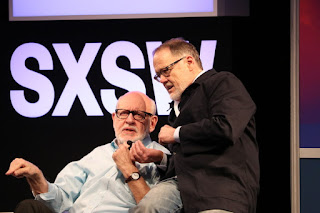 Frank Oz of Muppets fame was interviewed by legendary movie critic Leonard Maltin on Tuesday at SXSW in Austin.

He briefly plugged his new movie, Muppet Guys Talking, with its accompanying website. His wife encouraged him to create the film because she thought the way the Muppet guys worked could be inspiring for leaders. There was obviously a full house for the guy who has played Ms. Piggy, Bert, Yoda and so many others.

"The reason people are touched by the Muppets is they represent your childhood," Oz told the full room at the Austin Convention Center. When he was 19, Jim Henson asked him to join. It appealed to him because Oz was shy and he liked puppetry as a safe way of expression.

He played Bert's rigid "vertical" to Henson's "horizontal," all-over-the-place character. And Oz said he and his boss's whole point of performing was to have fun, "joyous competition," and "to totally screw each other over."

Oz also discussed his work on the Muppet movies, including directing and appearing in The Muppets Take Manhattan, puppeteering the plant in Little Shop of Horrors, and how doing fewer closeups (with are "very powerful") makes them even more powerful. 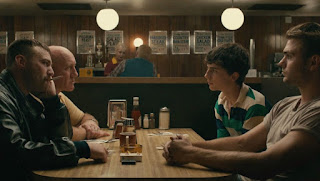 To a question about which character and voice is his favorite, he said he loves Ms. Piggy's neuroticism and Monster's craziness, but his all-time favorites are Grover and Fozzie Bear. I agree about Grover - he was always my favorite.

The only thing missing from the talk was that Oz didn't do any of the voices.

Other movie highlights for me at SXSW included: 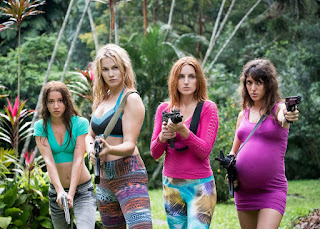 I attended the world premier of Hot Summer Nights, a dramedy that started strong. I laughed out loud continuously through the first 45 minutes, then it suddenly shifted to become a darker crime caper. At two hours, it ended up being too long and will likely succeed with larger audiences, but it suffers from a lack of focus on what story it's trying to tell. 4 out of 5 stars.

Going to Brazil also debuted at SXSW and is arguably better than Nights. It's a somewhat outrageous and light-hearted girls-against-the-world story. When three visiting French girls accidentally murder a man at a blow-out party in Brazil, they have to kick butt all the way through the country in order to escape it. The beautiful scenery is straight out of classics Blame It On Rio and Black Orpheus. 4 out of 5 stars.

The third movie I caught (there were lots more to see, but I was working and had to miss many, like top festival winner Baby Driver) was Pornocracy. This was an interesting short documentary that follows the trail of the embezzlers who have profited on monopolizing the global pornography business. 3 out of 5 stars.
Posted by Pop Culture Lunch Box at 3:48 PM