Will people ever share rides in small and mid-size cities?

Why would there be much urgency in creating shared-mobility options in a place like Austin? 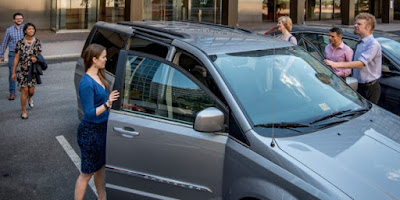 RideAustin, Fasten, and others easily slipped in to take the place of Uber and Lyft when the industry leaders wouldn’t agree to the city’s driver-fingerprinting requirements. Ride-hailing is still doing well in Austin. But while ride-hailing may be helping some get around, the chances that it’s reducing traffic is likely slim at this point.
One of my RideAustin drivers made an excellent observation this week: there is no problem parking anywhere in town, so driving is simply what Austinites do. It is a place with some options, like bikeshare and light rail, that make it easy to be a multimodal citizen in the core, but they are often lost against the ease of driving for people who live more than a few miles out. For them, especially with very limited nearby transit, the personal car is king.
Where there may be hope in Austin: as ride-hailing continues apace, more of those rides could become shared. In fact, a large number of rides are made by tourists and late-night locals, and many of those are obviously shared rides. Where progress really needs to be made is during Austin’s rush hour. If commuters could start sharing those hailed rides, perhaps because of TDM outreach to employers, a major dent could be made in drive-time backups.
As the local transportation management association Movability Austin notes at its website: “The transportation system is at capacity into downtown during rush hours. And more growth is coming much faster than new transportation facilities can be built.” It’s an organization that helps Austin businesses, individuals, and others find better ways to travel that help individuals and the whole community.
In San Francisco, more than half of Uber’s and Lyft’s rides are taken through their carpooling services. A new study by Steve Strogatz and Carlo Ratti of MIT’s SENSEable City Lab found that between 60 percent and 95 percent of trips in big cities could be made into shared rides, with no more than a five-minute inconvenience for riders. There is no doubt that many trips could be shared, under the authors’ model, in many smaller metro areas.
Rasheq Zarif, the head of business innovation at Mercedes-Benz R&D North America, had an interesting take on this, from the perspective of a major car company. At a South By Southwest panel, he discussed a pilot in which his company partnered with Via in South Orange County, Calif. It’s an area with very little public transportation and miles of low-density housing.
“Surprisingly, we were able to change behavior. People liked to be picked up in an on-demand shuttle in 10 to 15 minutes. And they started interacting better and opened a bigger sense of community in that area. It got people to stop looking [down at their phones all the time] and start talking to each other,” Zarif said.
Mercedes-Benz plans to continue developing better routing methods for shared rides, but for now, that Via pilot has run its course in Orange County.
Zarif added, “We’re all so focused on getting from one thing to another and another. What’s kind of lost now in that everyone’s eating on the go, and we could get back to the idea of the family dinner.” Many people in the Orange County experiment responded positively to the idea of hopping in Via’s vans with neighbors or other community members.
While these are some of the positives, Zarif said one of the challenges is that “it’s very tough to pilot with transit agencies because there is a lot of bureaucracy.” Other broader ridesharing barriers include: the increased possibility that drivers and passengers become unhappy with the time and revenue costs of shared rides, lack of awareness that shared options even exist, low gas prices, insurance and liability concerns, free and heavily subsidized parking, and many other reasons.
According to Zarif, Mercedes-Benz is focusing on modifying the design of their cars in order to facilitate shared rides. That could include ways to reduce the need for added trips such as, for example, the ability for mail packages, dry cleaning, and even groceries to be dropped off in the trunk of the car while you’re downtown doing other errands. It could also extend to easier ways vehicles get cleaned and maintained.
But Zarif said the company plans to keep down the path of mobility rather than just automobile manufacturing. Perhaps demographics are on the company’s side, as the trend may be more generational. According to company research, a majority of people said they would be willing to let other people use their cars, with the highest numbers coming from Millennials and Generation Y respondents.
Then the next question might be: with only about 15 percent of Americans having used Uber or Lyft (almost entirely in major cities), how long will it take to reach beyond and build a critical mass of small-city Millennials who will share their rides?
Photo: Sam Kittner for Mobility Lab, www.kittner.com
Posted by Pop Culture Lunch Box at 3:29 PM