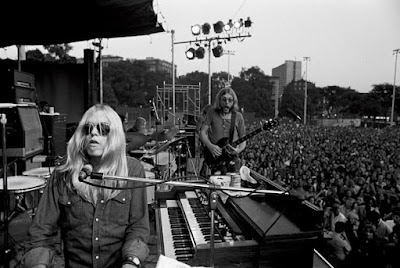 Although blues and Southern rock have never been my top musical genres, I always really liked and respected the Allman Brothers. It's strange that I think of those as relatively joyful tunes (perhaps because I listened to them a lot in my care-free early 20s), when in fact leader Gregg Allman was a sorrowful, walking ghost for basically his entire life.

Personal details beyond the death of his bandmate and brother Duane in 1971 and his marriage to Cher have always been sparse. But the always-great Mikal Gilmore grabs some good ones in his tribute, "The Last Brother," in the June 29 issue of Rolling Stone.