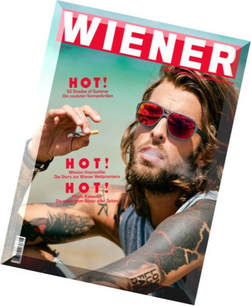 1:55 - Thought for the day: July overtakes October as Paul's favorite month. Mostly for water-related reasons. And crab-related ones as well. Although Dan has been fighting organizations of various repute throughout the month, he too is fairly keen on the year's middle time. The only months that can cause distress for Dan are August and February, largely because "many people die" during those months.

7:45 - In case you forgot, Dan explains just exactly what this podcast is about. Well, our original musical, Wiener Sausage: the Musical! was a smorgasbord of music and comedy and life, so this is a continuation of that in podcast form.

10:00 - In the name of the DC Capital Fringe theater festival, which is currently underway, and where our musical was staged to sellout crowds in 2008, we start a reading of the script, which will be an ongoing story you will want to follow each week. Kinda like a South American telenovela. It begins with Guy Williams, who is based on a character that Dan created as part of the bedtime stories he would tell his little brother when they were kids and which they termed "Master Pervert Theater."

12:30 - Act One, Prelude of Wiener Sausage: The Musical! An all-knowing, Star Wars-like voice sets the scene. And Guy Williams takes the stage only to ramble a bit before he realizes there's an audience in front of him. Then he sings the opening absurd pop nugget titled "It Starts With a Love Between a Boy and a Girl."

17:30 - Dan and Paul discuss how a business storyline courses through the musical and that it fits pretty well in the current climate, in relation to how we have a CEO In Chief in the White House. Does our audience have any good ideas to add to Wiener Sausage: The Rock Opera? Dan suggests any rewrites should incorporate more music, ala the wildly successful Hamilton.

23:00 - The duo pontificates again on British culture; fittingly, in this the month of our British independence.

26:30 - The magic moment arrives! Dan snorts a thick line of Coco Loko.Dan reveals that he is reclining in his comfortable bed as he does the podcast and snorts a line. Paul says he would never advise such posture during either activity. But Dan interrupts him to report that the energy buzz is kicking in, live, in the middle of the podcast. Quality entertainment!

37:30 - Pop Culture Wiener Sausage News Central Headline of the Week! From the country of Georgia, Nazis attack a vegan cafe by throwing meat around. The story makes very little sense. However, Dan's explanation of some of Hitler's behavior helps explain things, and ...

45:00 - So does the EXCLUSIVE interview that Paul conducts from an undisclosed location, forced to wear a blindfold. He talks with Morty Von Hammenheim, a member of the group, who initially makes Paul quite nervous. But as the interview goes along, Von Hammenheim surprisingly turns out to be a rather sympathetic character claiming his group is simply misunderstood. He just wants cigarette smoking to flower again in full and for there to be "meat in every corner" and "around your neck."

56:45 - Paul and Dan recall the story of the Washington DC Smoking Man, who used to try to get everyone to boycott DC bars and go to nearby Arlington because, at that point, Arlington still allowed people to smoke in bars.

58:00 - Finally, a Pop Culture Wiener Sausage News Update on Carl Edward Cunningham, whom we interviewed in the last podcast and has since pleaded guilty to stealing his buddy's Star Wars action figures, facing four years in prison when sentenced this fall. Dan calls for him to be imprisoned for much longer. 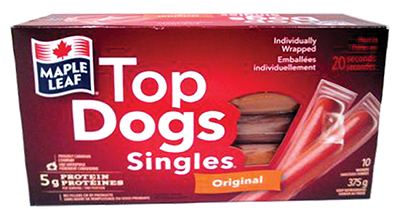 Email ThisBlogThis!Share to TwitterShare to FacebookShare to Pinterest
Labels: Wiener Sausage: the Podcast!