Great News and Transparent aren't perfect, but they're worth watching 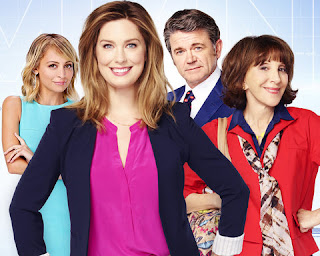 I've still got shows like The Wire and Game of Thrones to watch. And I'm only in season two of both Breaking Bad and The Sopranos.

But somehow, somehow, I just finished the latest seasons of Transparent and Great News. Both shows have their flaws, but they also have enough to keep me coming back.

The money trifecta is Briga Heelan (who was excellent as the actress girlfriend in Netflix's Love and has serious comic watchability), Andrea Martin (of the famed SCTV comedy troupe and perfectly playing the neurotically wacky New Jersey mother of Heelan), and John Michael Higgins (from Christopher Guest's Best in Show, A Mighty Wind, and For Your Consideration, and here well-cast as a stereotypical newsman).

As with 95 percent of network TV these days, there's a same-y case of over-production sheen with Great News. That hurts its quest for genuineness. Think about The Office. It had a very different feel, production-wise, at the time than most other network sitcoms. Why do they all have such patented style and formatting? 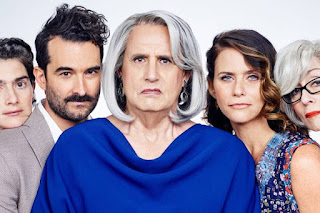 Transparent doesn't have that same problem. It definitely feels different than anything else before. Although, in reality, it's probably not that far off from a prime-time soap melodrama.

Jeffrey Tambor, like in Arrested Development and with his bit roles in Three's Company and The Hangover movies, is just so darn good. The rest of the cast is, frankly, about as annoying as the cast of Girls got to be over time. That said, they're not supposed to be likable, so they get somewhat of a pass.

Not all the storylines work, but the paths they take are never predictable. And that's probably the secret formula causing me to be caught up and ready to watch season four in real time.