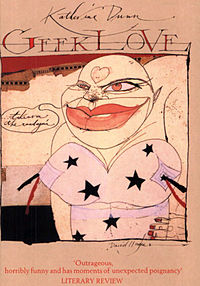 For a literature major, my book reading has taken a backseat recently due to all the magazines I'm currently subscribed to and, of course, all the time I spend tossing the football and baseball with Jackson and doing "play with me" time with Zoey.

That said, I recently made it through a relatively gargantuan modern fiction classic (from 1989) by Katherine Dunn, which took her many years to write while living in Portland.

Geek Love, a National Book Award finalist, was a trailblazer at the time and set the course for all kinds of freak-show entertainment that has followed, from Rob Zombie's filmography to the Jim Rose Circus to American Horror Story to Stephen King's It.

The premise is the best thing about the book: A man and woman (Al and Crystal Lil Binewski) run a circus that has fallen on hard times. In order to take them to the top, they agree that Lil will start taking drugs in order to deform a whole slate of babies they plan to produce. That way they'll have the best freak show (or call it "geek" show) in the land. 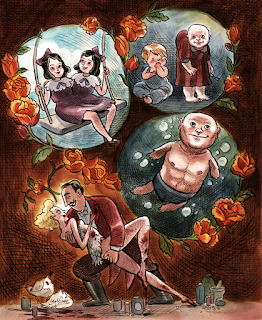 The plan works, and they have Arty the Aqua Boy, Siamese twins Elly and Iphy, telekinetic Chick, and the story's narrator Olympia, a hunchback albino dwarf. Arty is the leader and Oly assists him. She actually tells the story from two points in time, when they are all children and just getting started to bring in the crowds and much later in her life, when she reflects on all her family being gone and watches over her daughter Miranda, who has a tail and doesn't know who her mother is, and certainly doesn't know she is the product of incest.

The whole thing is fascinating, but it drags on far too long. There is way too much descriptive language and Geek Love is easily a quarter-too-long. But a great premise takes it far, and it luckily played a major role in starting a horrifying genre that is tough to get enough of, at least for me.

And check out this great feature from WIRED about the cult of Geek Love lovers.