Charles Manson dies, as the 1960s continue their long march into history

So weird, I was walking past the Church of Scientology tonight at the same time Charles Manson died. And had also been considering going to the Spahn Ranch before I came back to my senses.

This blog has made reference to Charles Manson no less than six times, now seven, since it began in 2009. 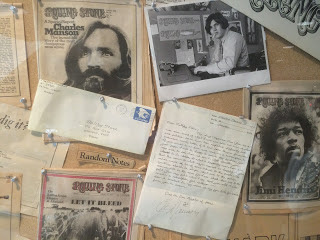 Posted by Pop Culture Lunch Box at 4:27 AM