Sightseeing around L.A. on public transportation

My Sunday in Los Angeles (see my Saturday on the Sunset Strip here) started with a nice little bike ride down to Chinatown from my hotel to get bánh mì sandwiches for breakfast. This is something I could probably do just about every breakfast, especially if it were as good as this restaurant in a back alley with a really friendly mom-and-pop working called Buu Dien at 642 N. Broadway. The owner said they make everything fresh and he took great pride in the two coffees he made for me. 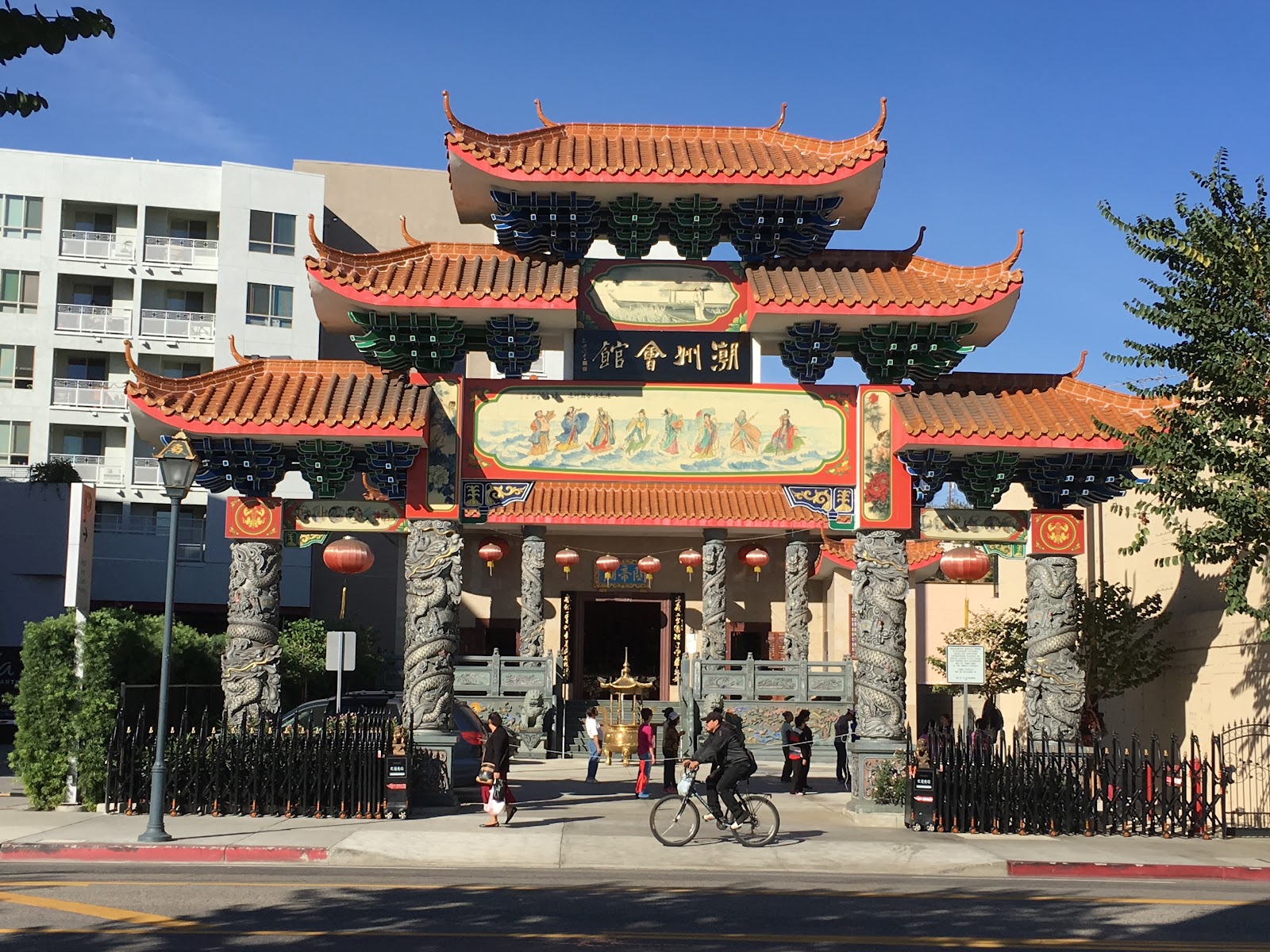 To walk off my full stomach, I strolled the 20-minute walk back to my hotel to catch a little football before going out for more adventures on the day. With the California sun shining brightly, I enjoyed looking at all the municipal buildings, some of which were made extra famous by the O.J. Simpson shenanigans of the 90s. 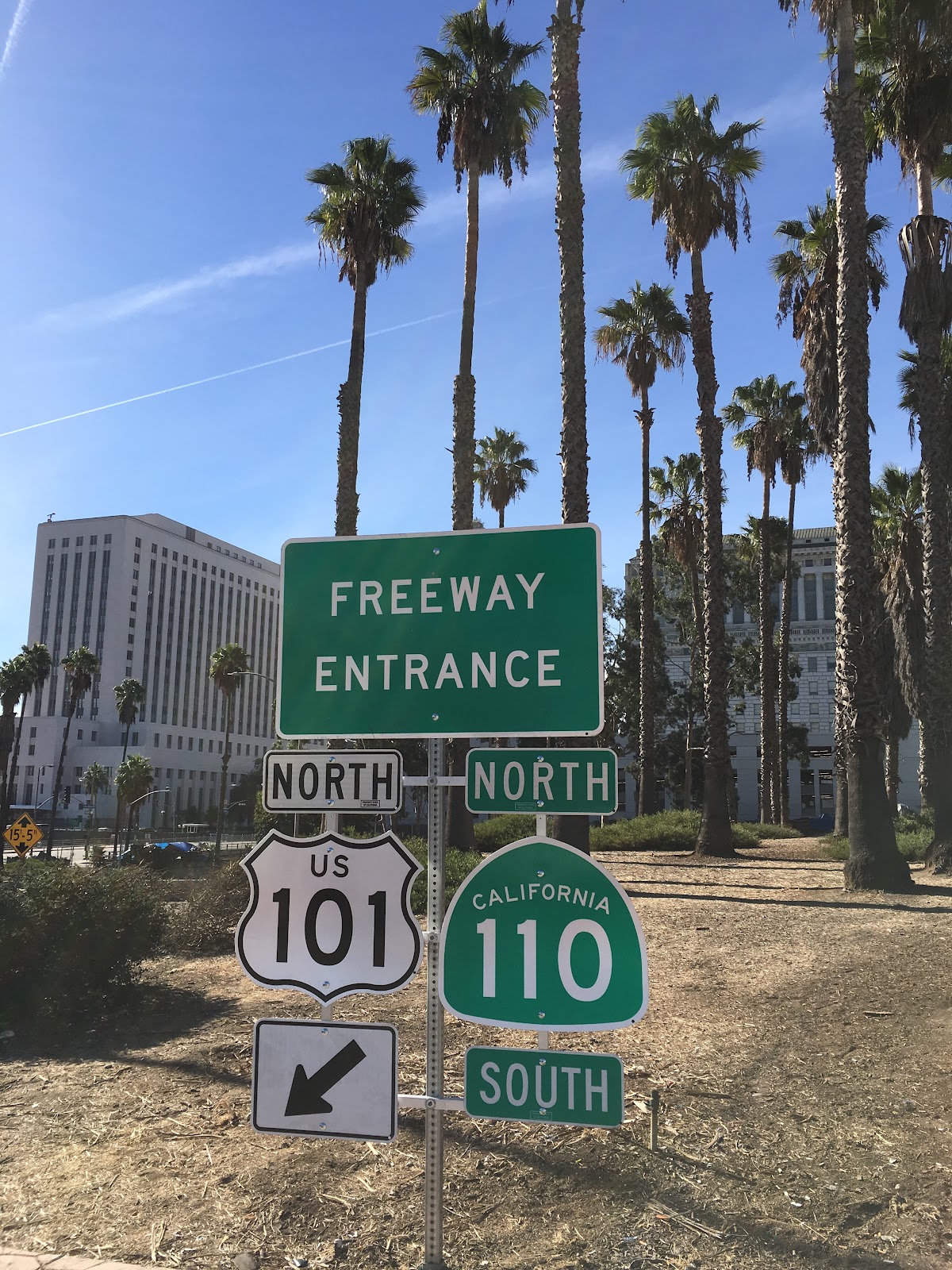 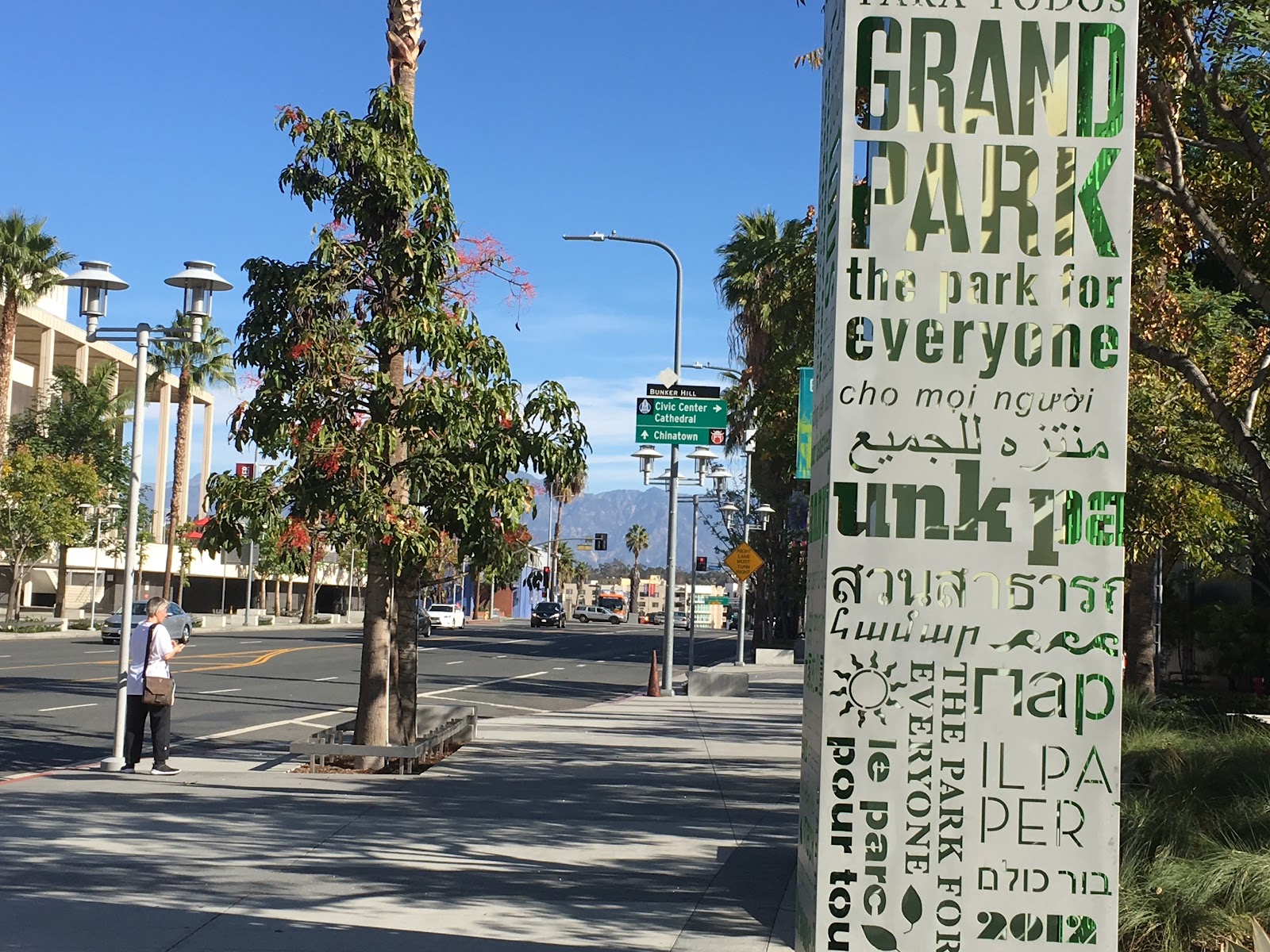 There were lots of other beautiful buildings in my hotel's district, on a high hill in downtown, such as the beautiful modern L.A. Philharmonic structure. 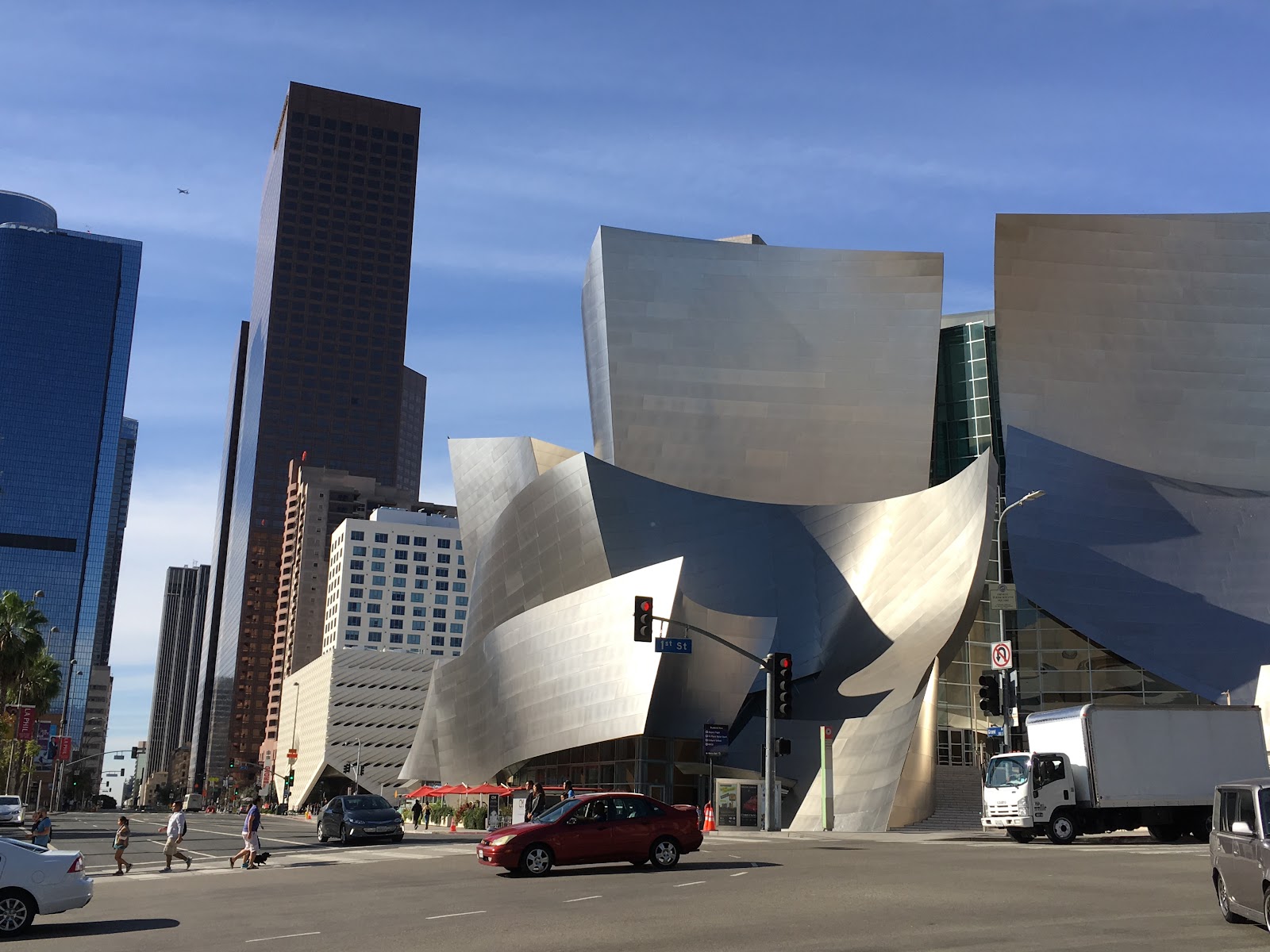 After watching some NFL action, I was off to explore the LA Metro subway, which is a pretty good option to at least some locations around the city. And it often beats staring at traffic or riding in the Uber and Lyft cars whose drivers here all seem to have not gotten the memo to lay off the man cologne.

I took the Red Line two stops up from MacArthur’s Pershing Square to get out and walk at Wilshire/MacArthur Park. I didn’t know anything about MacArthur Park except for the Donna Summer song. But now I know that it’s a filthy place bathed in pigeons everywhere, dirty sidewalks, and at least one dude peeing very much in the wide open. That said, it’s well worth the walk, with the L.A. skyline in the background and the palm trees dotting the park and its large body of water. 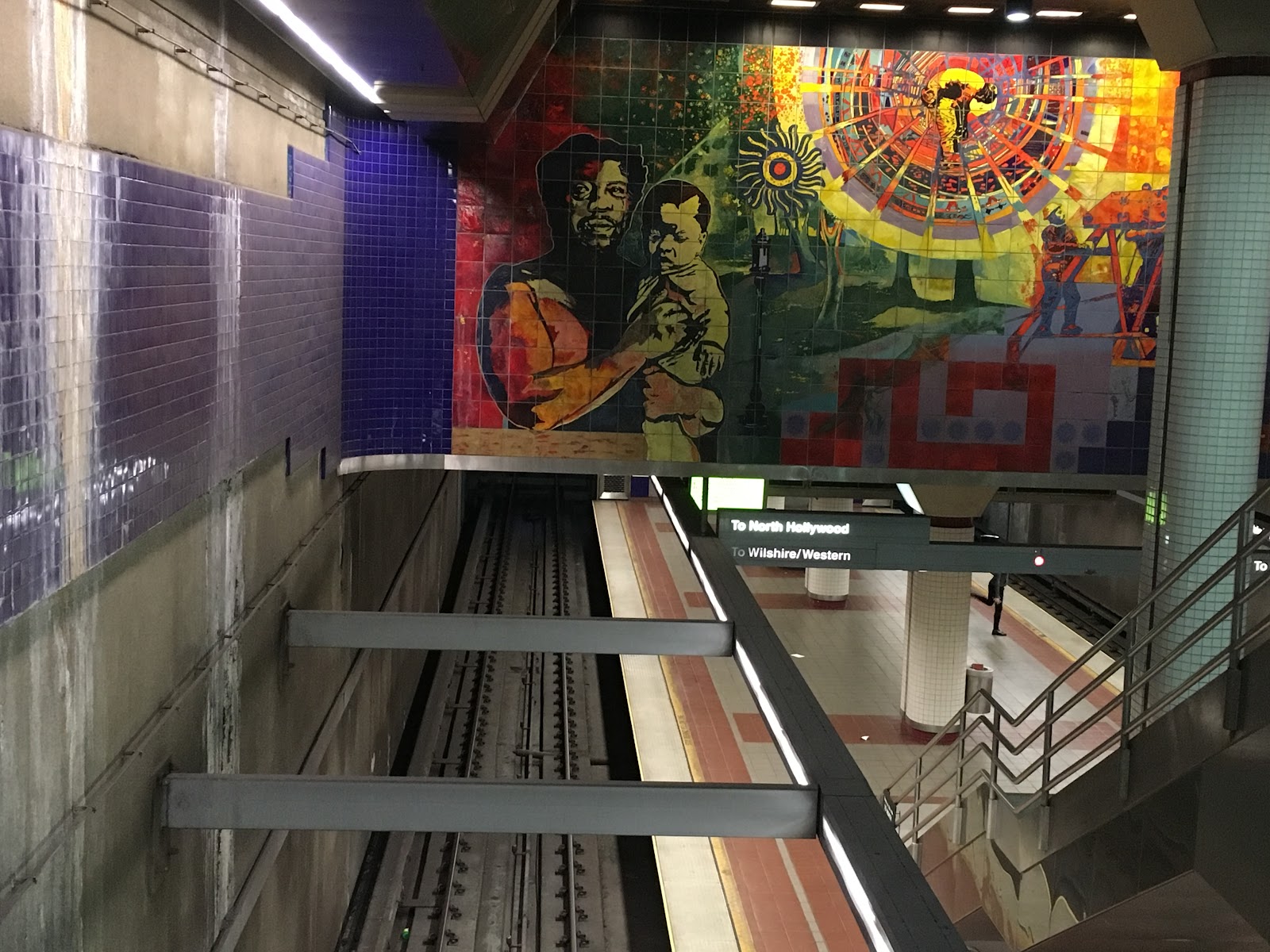 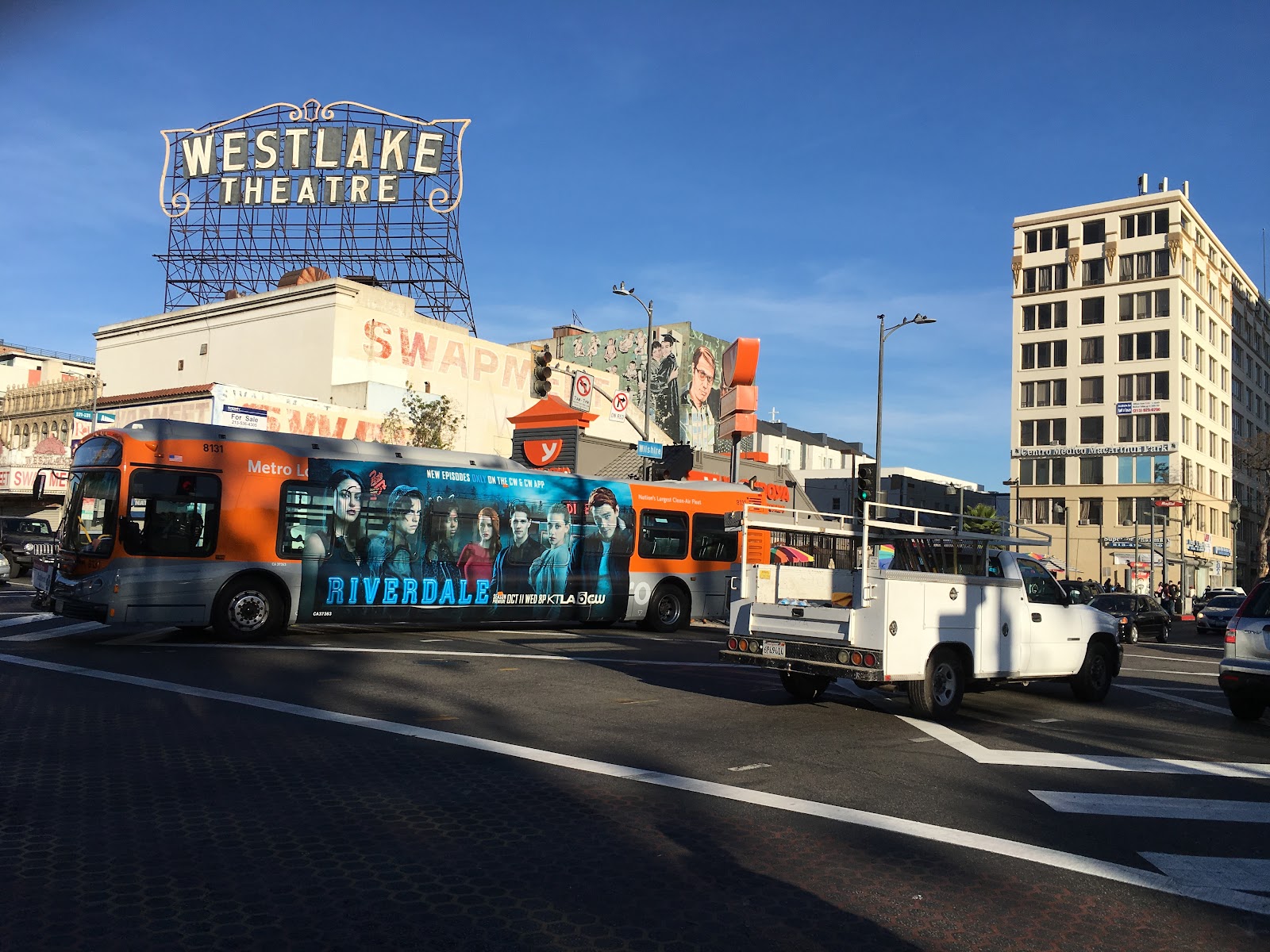 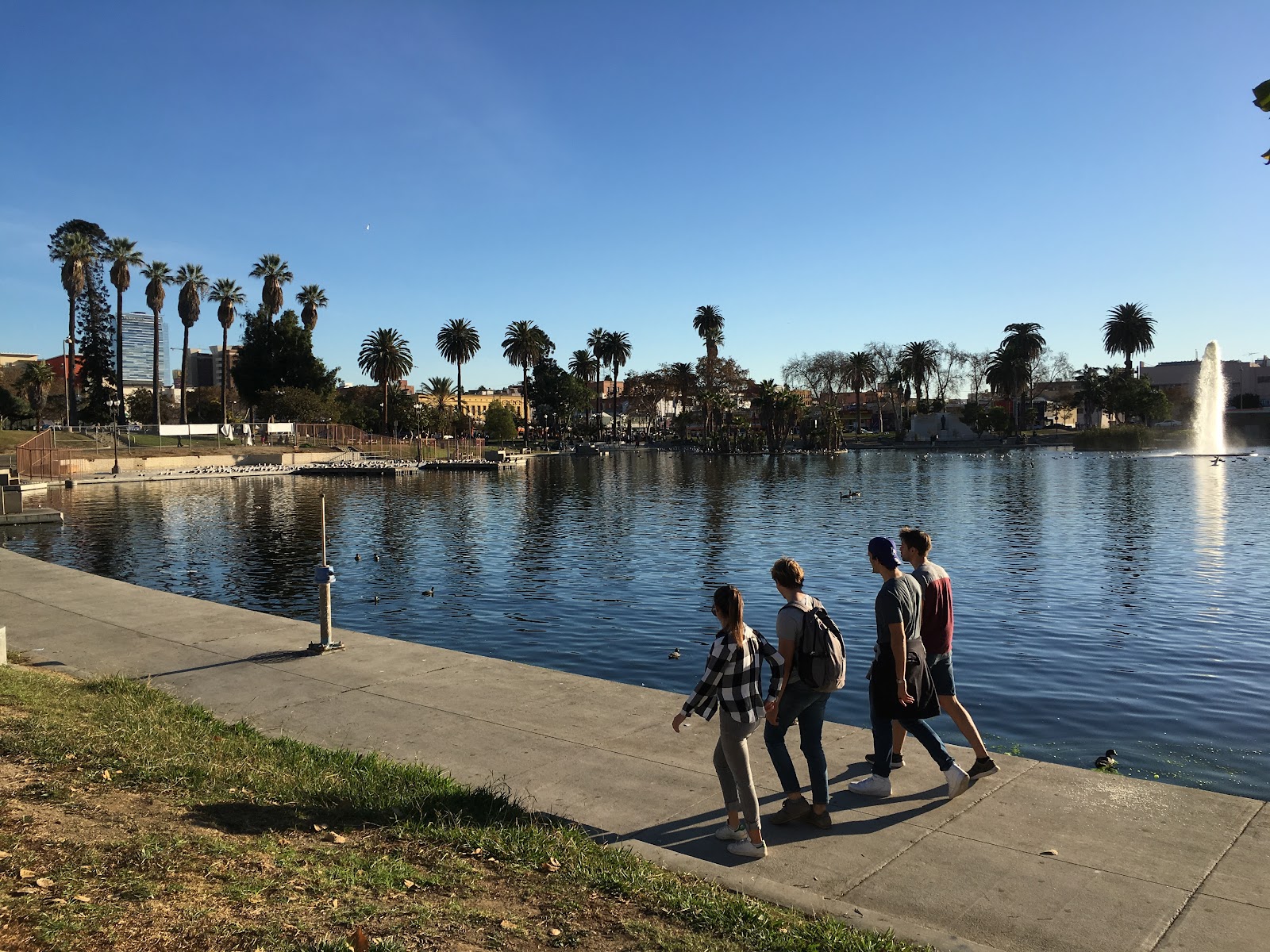 One reason why the Metro clearly becomes less of an option for people is that the stops are pretty darn far apart, even for someone in relatively good shape. My walk from the Westlake/MacArthur Park station to Wiltshire/Vermont took a solid 20 minutes, and the latter station itself is tucked back in a corner off the street and down a long elevator. 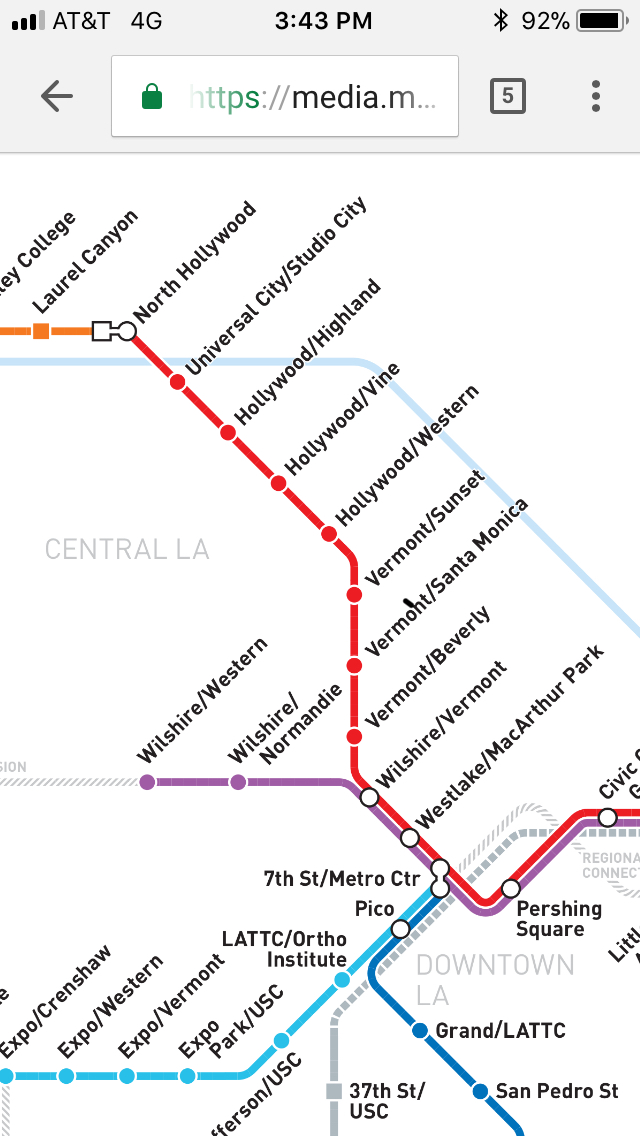 I recently read that this is one of the most walkable stretches in L.A., which is true, since there are wide sidewalks and good crosswalks. But I also sense the bar here for "walkable" is set rather low. 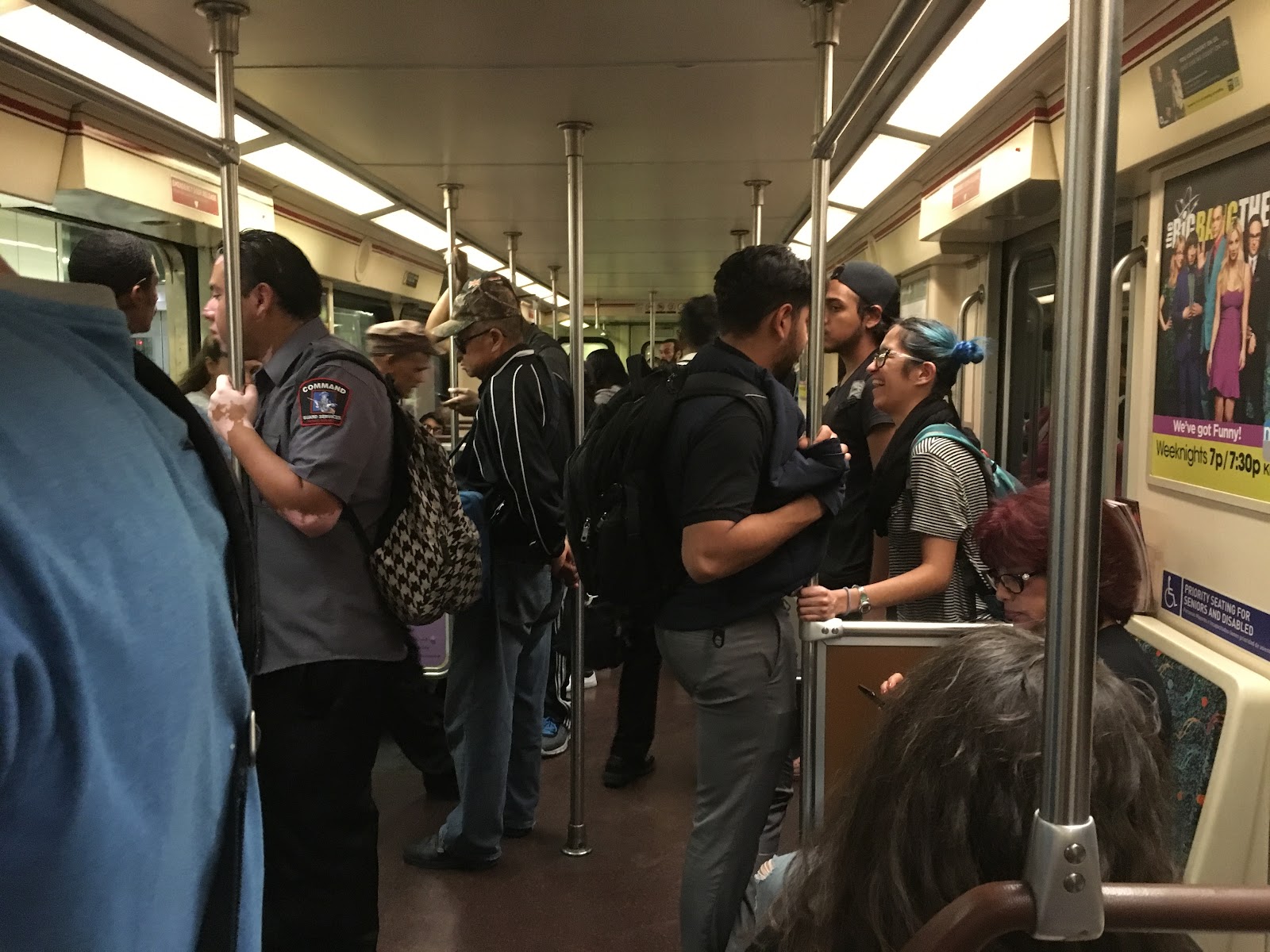 But the trains themselves, once they arrive and get going, other than the serious homeless problem everywhere, including at transit hubs, are really fast and pleasant.

I decided I wasn’t going to miss the sun set and what better place to go than Sunset Boulevard? As I exited the Vermont/Sunset station, I noticed a sign for a 50-cent DASH bus to the Griffith Observatory and Hollywood sign, so I jumped on it (they run frequently). 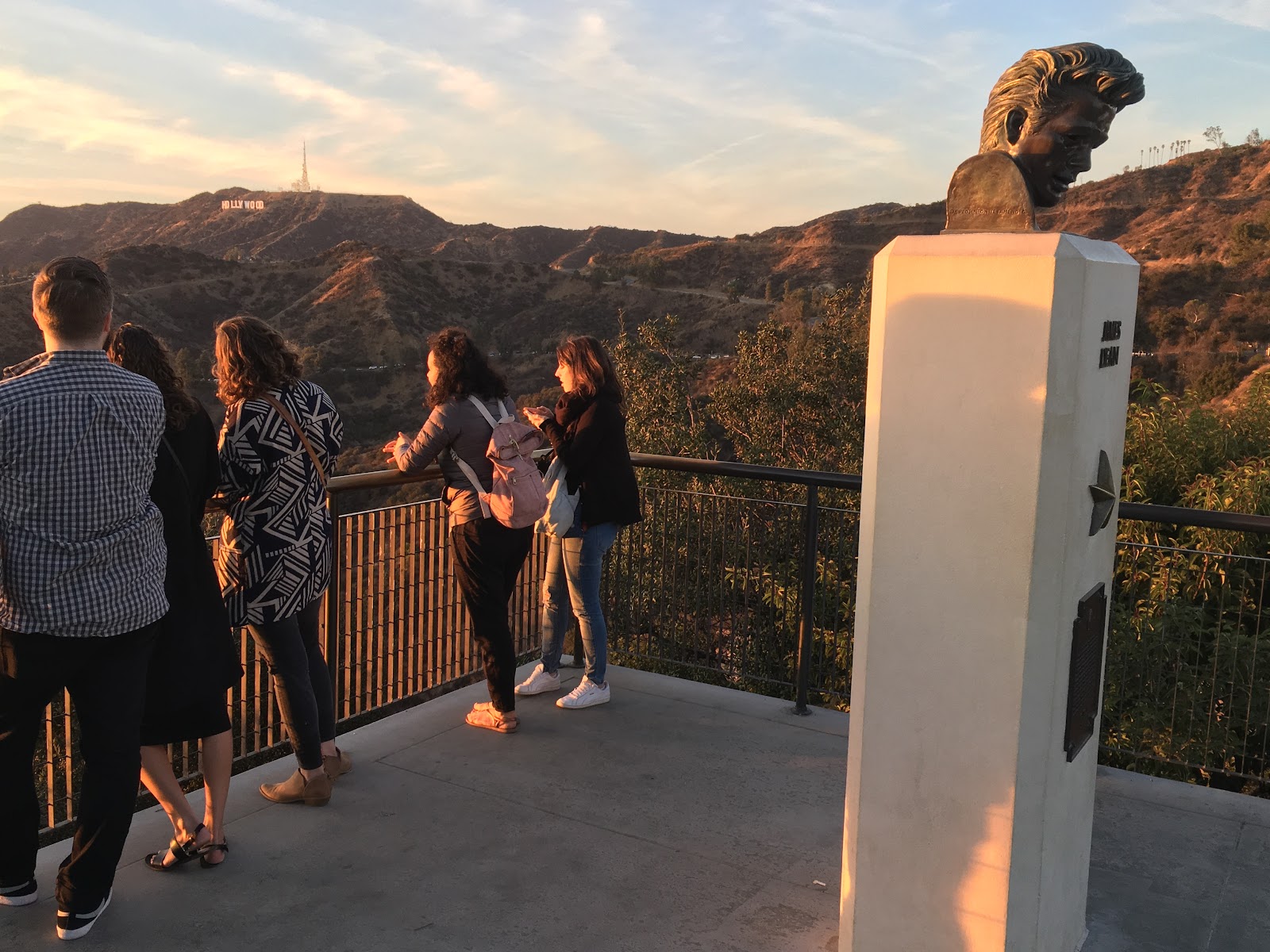 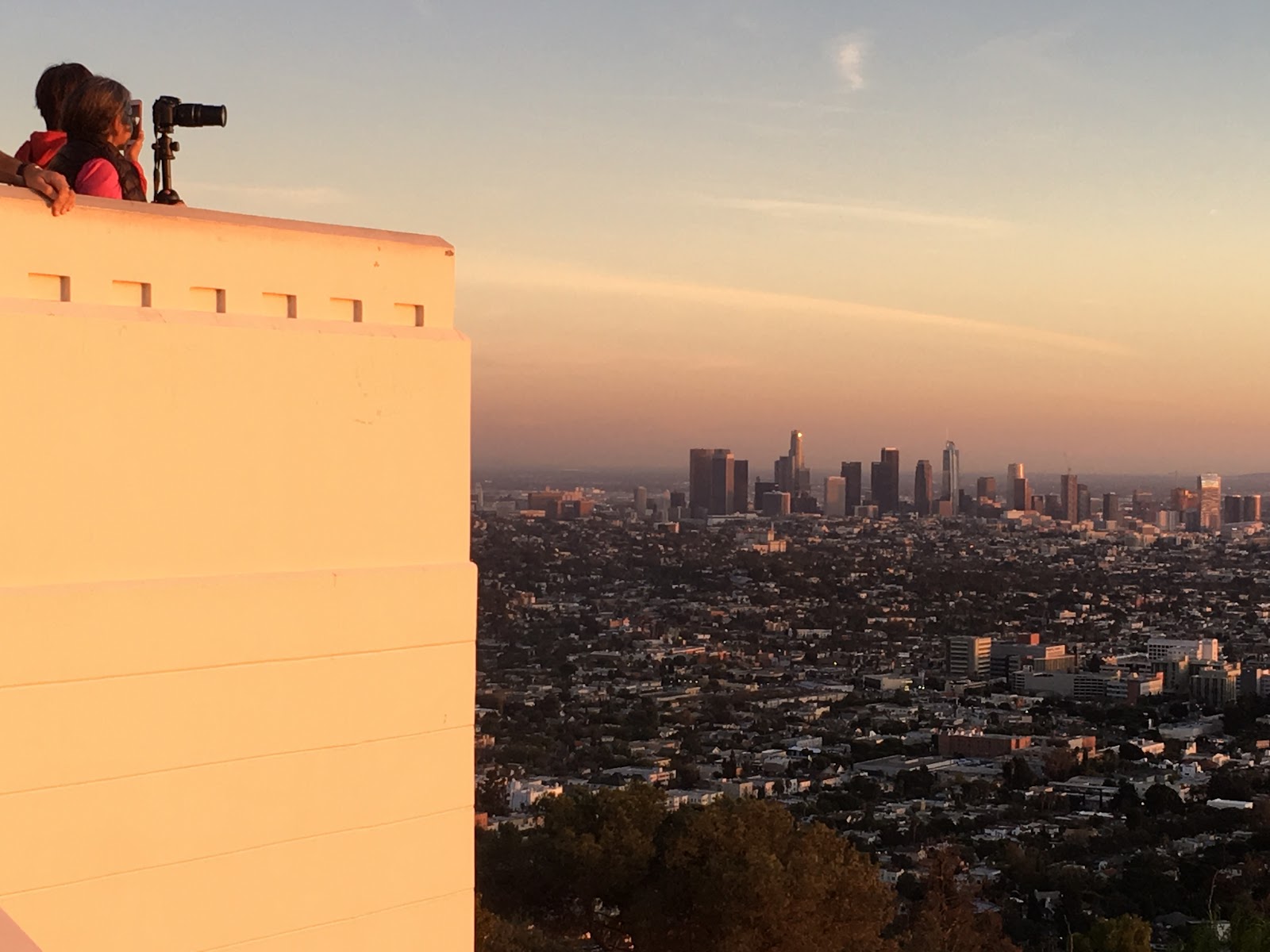 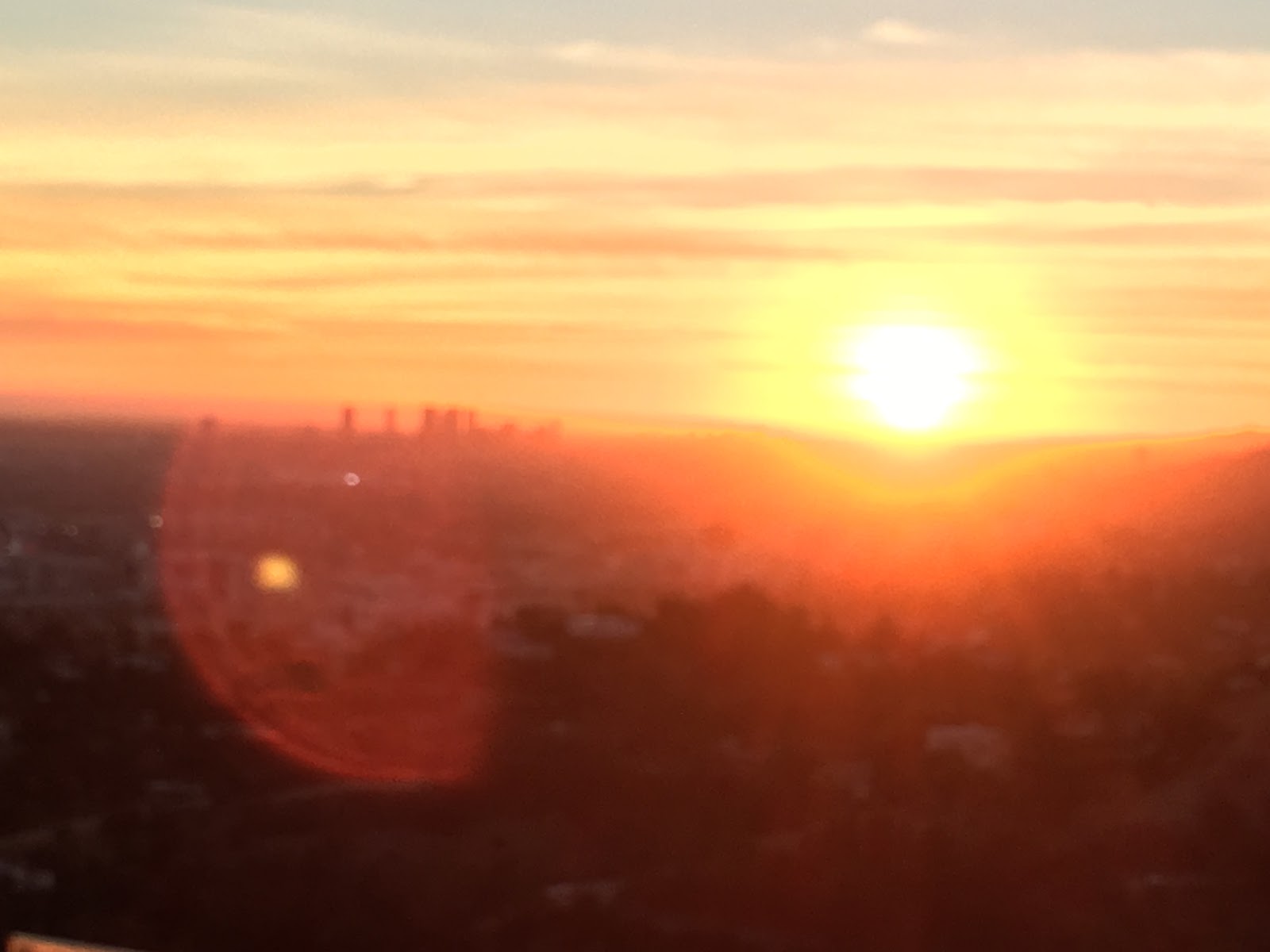 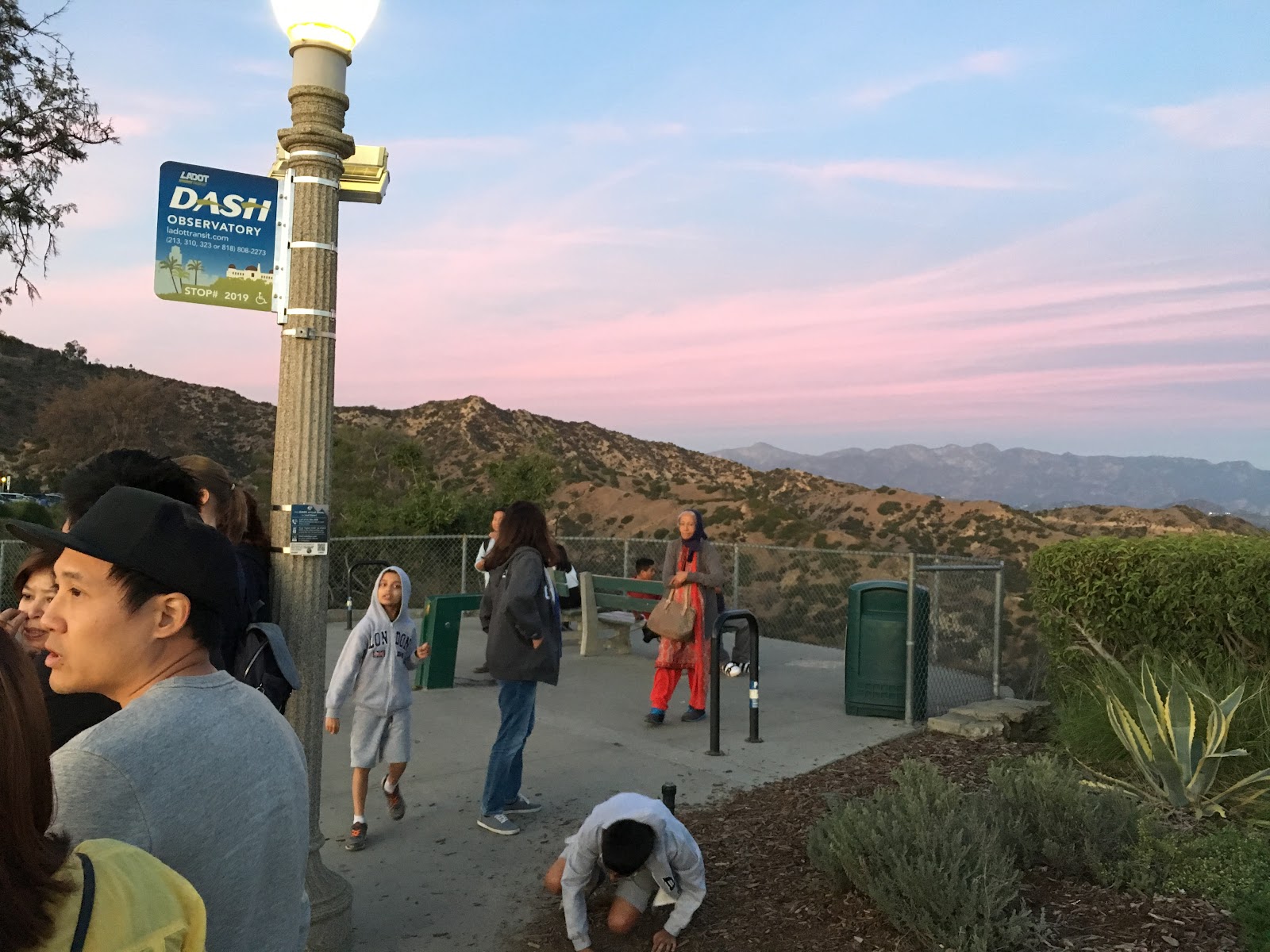 The lines to and from the observatory are outrageous, but the public-transportation combo of train and bus was actually probably the best way to go. I was in and out in an hour or so. And then it was off to take the train back to my hotel to pack it in for the night on another action-packed day in L.A.