There are all kinds of reasons not to let kids be on iPhones and iPads and watching TV for too much of each and every day.

One new study by UCLA shows that it makes kids lose their ability to read emotions, which is about the most awful thing that could happen to future generations. We need to be better at communicating now more than ever. In fact, someone needs to send that memo to our divided political leaders. 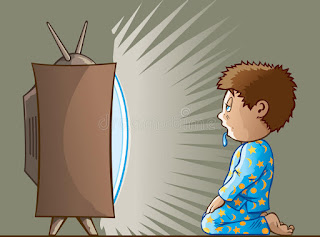 The American Academy of Pediatrics recommends that “entertainment ‘screen time’ should be limited to two hours a day for children ages 3-18. And, for 2-year-olds and younger, none at all.”

The problem is bad. For example, sixth graders are spending an average of four hours per day with entertainment screen time. At least half that time should be spent doing face-to-face things and actually seeing and playing with friends rather than texting them from under a blanket.

Other more obvious results of too much screen time is that it can make kids obese, force them to lose much-needed sleep, and create serious social or behavioral problems.

So what to do about it? The first thing is that kids and parents should sit down and have a discussion, writing down exactly what the rules will be, including rules for both parents and kids, when it comes to communicating about screen time.

But even making this seemingly level-headed suggestion can be controversial. This is an interesting excerpt from an article in The Verge on how it seems that no two parents can agree to the same set of screen time rules:

It’s no wonder that, with so much uncertainty, parents are self-selecting smartphone-policy tribes with their own rules. “I think people bristle at being told how to parent, so it’s a touchy area,” according to Common Sense Media.

Screen time that shouldn’t count against whatever limits are set includes, perhaps surprisingly, watching TV or screens in which the parent is engaging with the child. That basically means, as long as you’re not flipping through Facebook on your phone while Spider-Man is on TV and your talking and engaging somewhat about the story with the kid, you’re OK.

These rules should only be for when the child is off in their own worlds on a screen.

They’re from Anya Kamenetz, an education writer for NPR and author of The Art of Screen Time: How Your Family Can Balance Digital Media and Real Life:

Balancing media use takes a holistic approach. It isn’t necessarily about counting screen-time minutes. Instead, it includes establishing screen-free places and times, and making sure kids get the other stuff they need for healthy development: unmediated time with family and friends, outside play, and books to read.

After rolling up all this expert advice, we’ve arrived at a plan that works pretty well for our family. We are millennial cord-cutters, and hence no background TV. Using the laptop or iPad, [my kid] gets to watch basically whatever she wants, for as long as she wants, on Saturdays, plus vacations, sick days, and travel. We rarely step in on content, and we don’t limit her time on those days, though we do make sure she gets breakfast before she turns on the TV, that she plays outside at some point during the day, spends time with us, doesn’t eat while watching, and doesn’t watch too close to bedtime. For the rest of the week, she gets three iPad passes to play with apps for 20 minutes at a time. These have been the rules since she was 2, so we don’t have many power struggles about them.”