Our western Spring Break journey continued with two nights of camping in Springdale right outside Zion National Park in Utah. 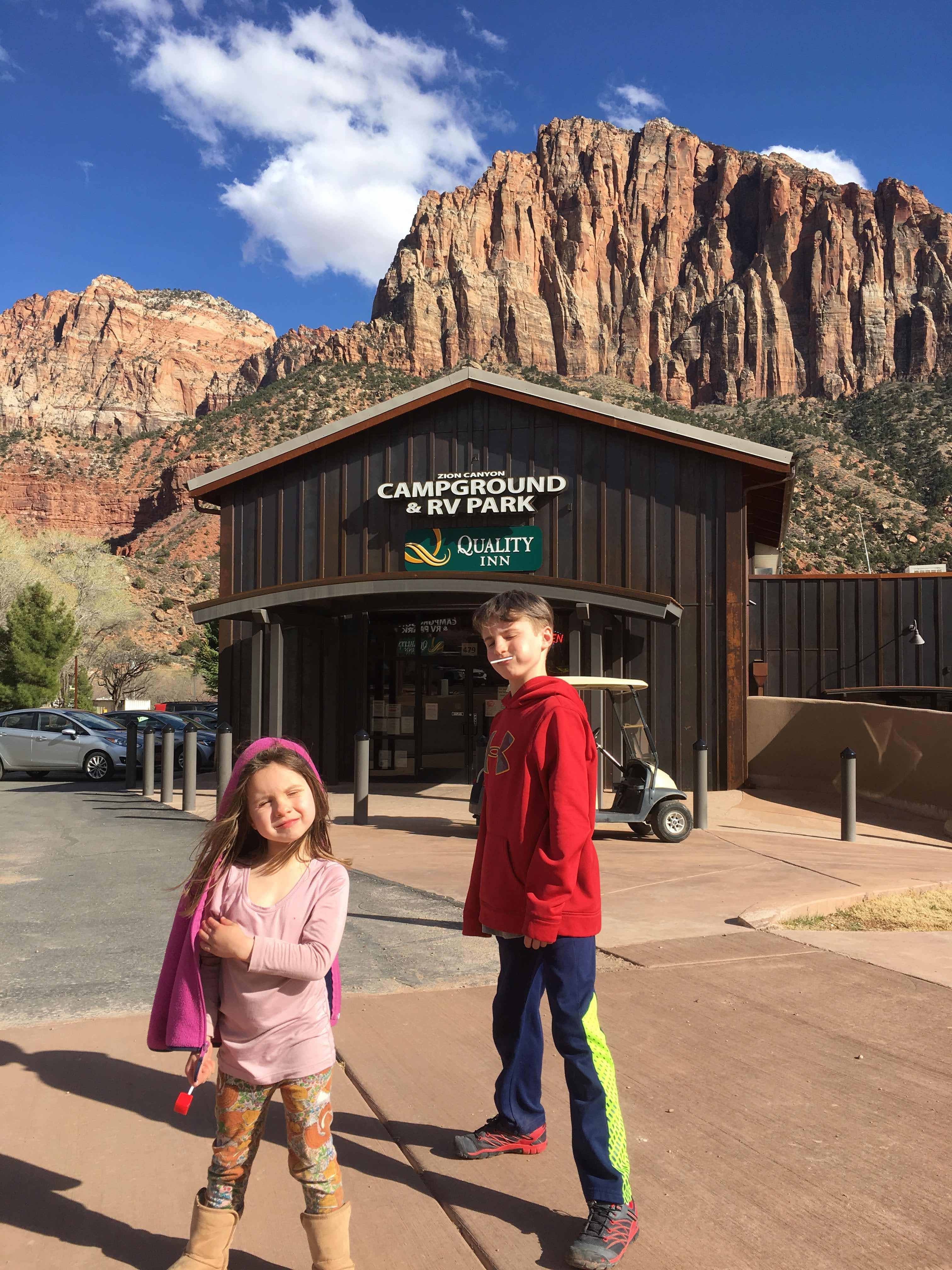 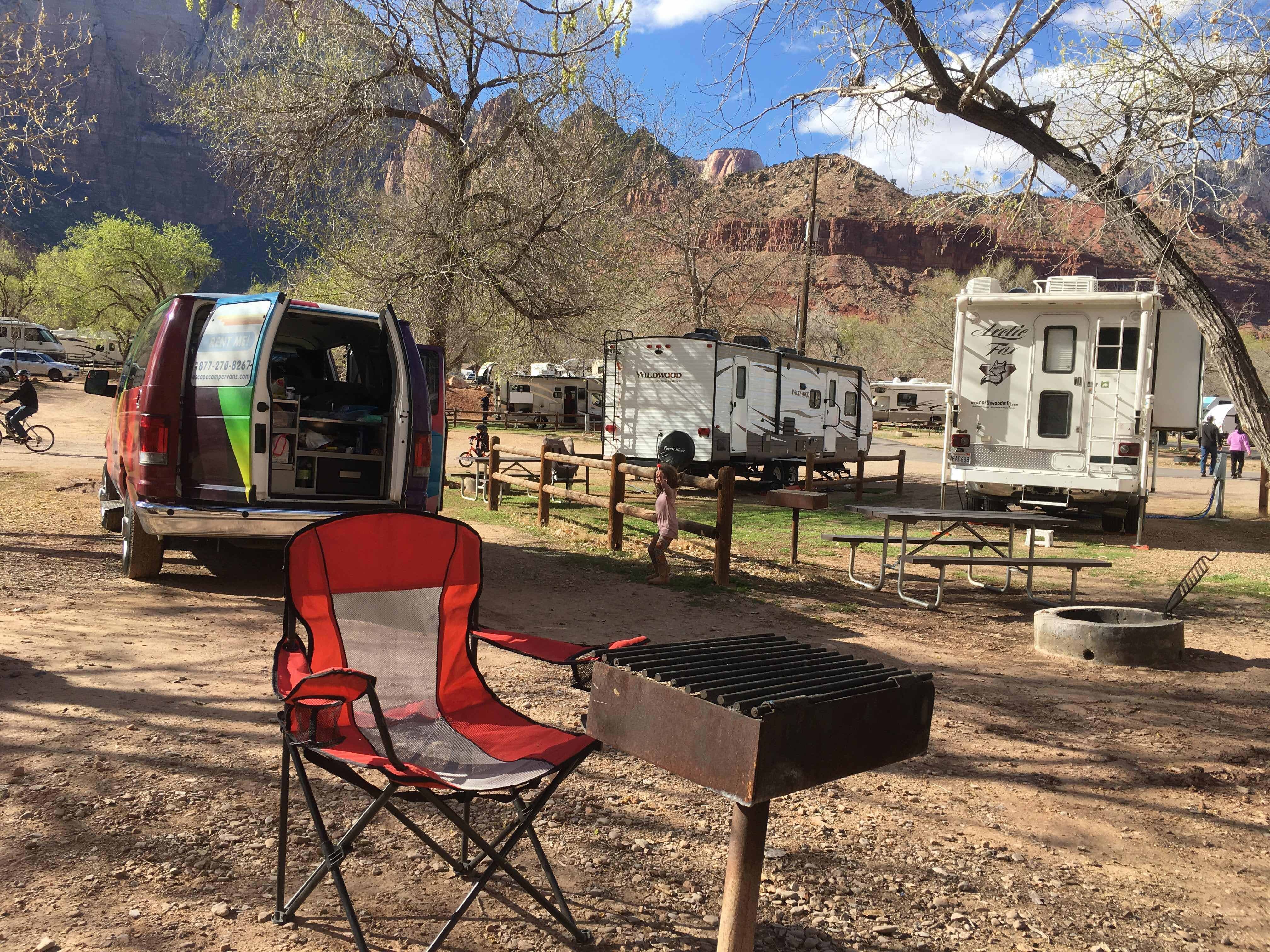 The place is really unexplainable in writing or photo form. And it’s a public-transportation dream, with only shuttles and feet (and bicycles) allowed to travel throughout the park (cars can go through but they are far from annoying or destroying the remoteness and beauty of the park).
See a remarkable history of the shuttle, which began in 2000 to alleviate the massively growing pollution in the park:
http://www.cedarcityutah.com/news/archive/2018/03/11/raw-this-is-the-history-of-the-zion-shuttle-and-why-it-was-remarkable-for-national-parks-today-its-overburdened/#.Wr0l-yJlDYV
About the worst thing about Zion is the crowds at the Visitor Center. The goal should be to get there as close to the 7 a.m. park opening as possible as not to wait in the long shuttle lines there. We learned this the hard way after arriving to our campsite at 11 p.m. and not getting going early enough for our first day in the park. The good news is that it was easy enough to hike along the Pa’rus trail for a couple of miles to get to Shuttle Stop #3 (there are nine stops in all, each with multiple choices of hikes). 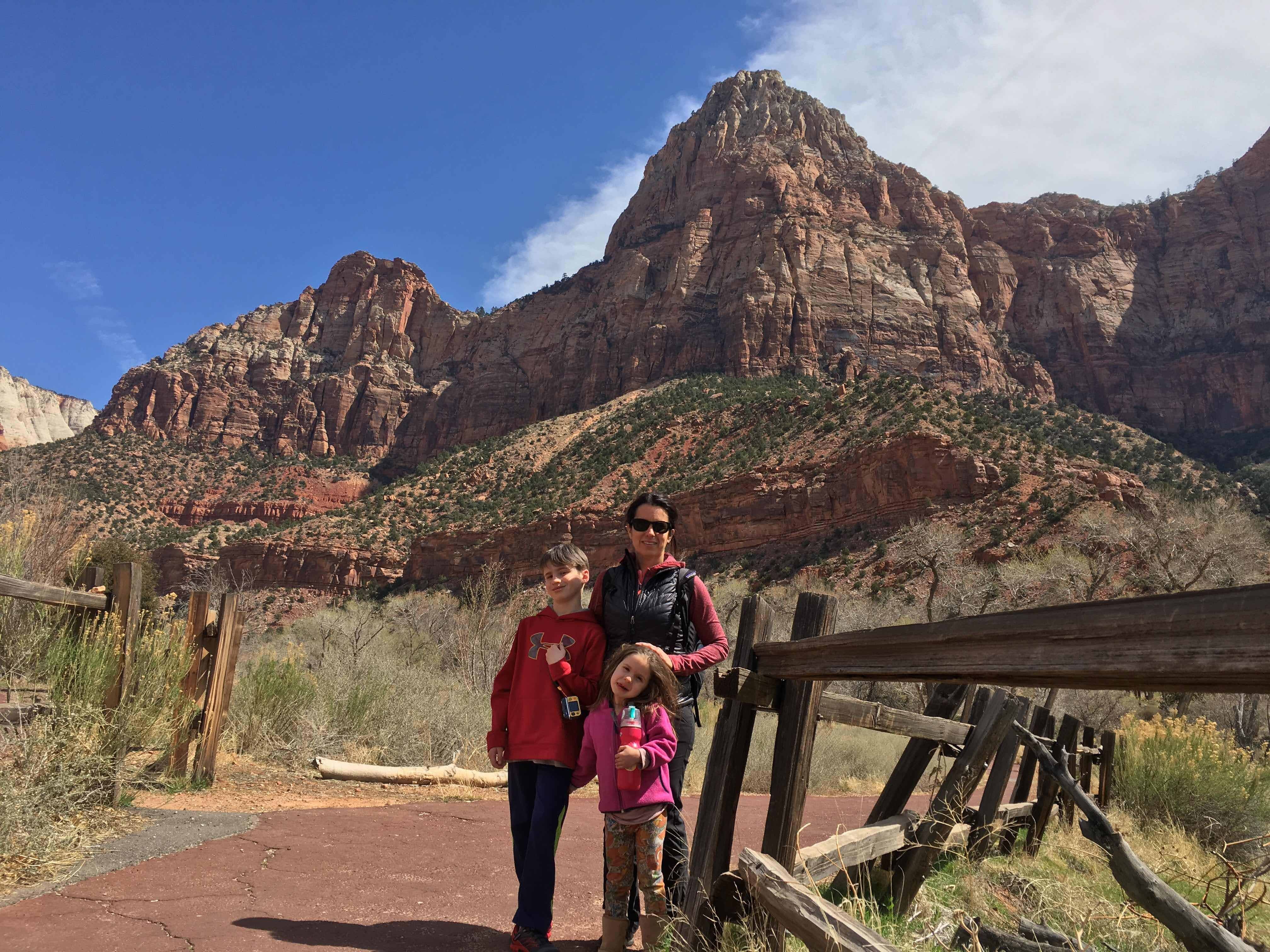 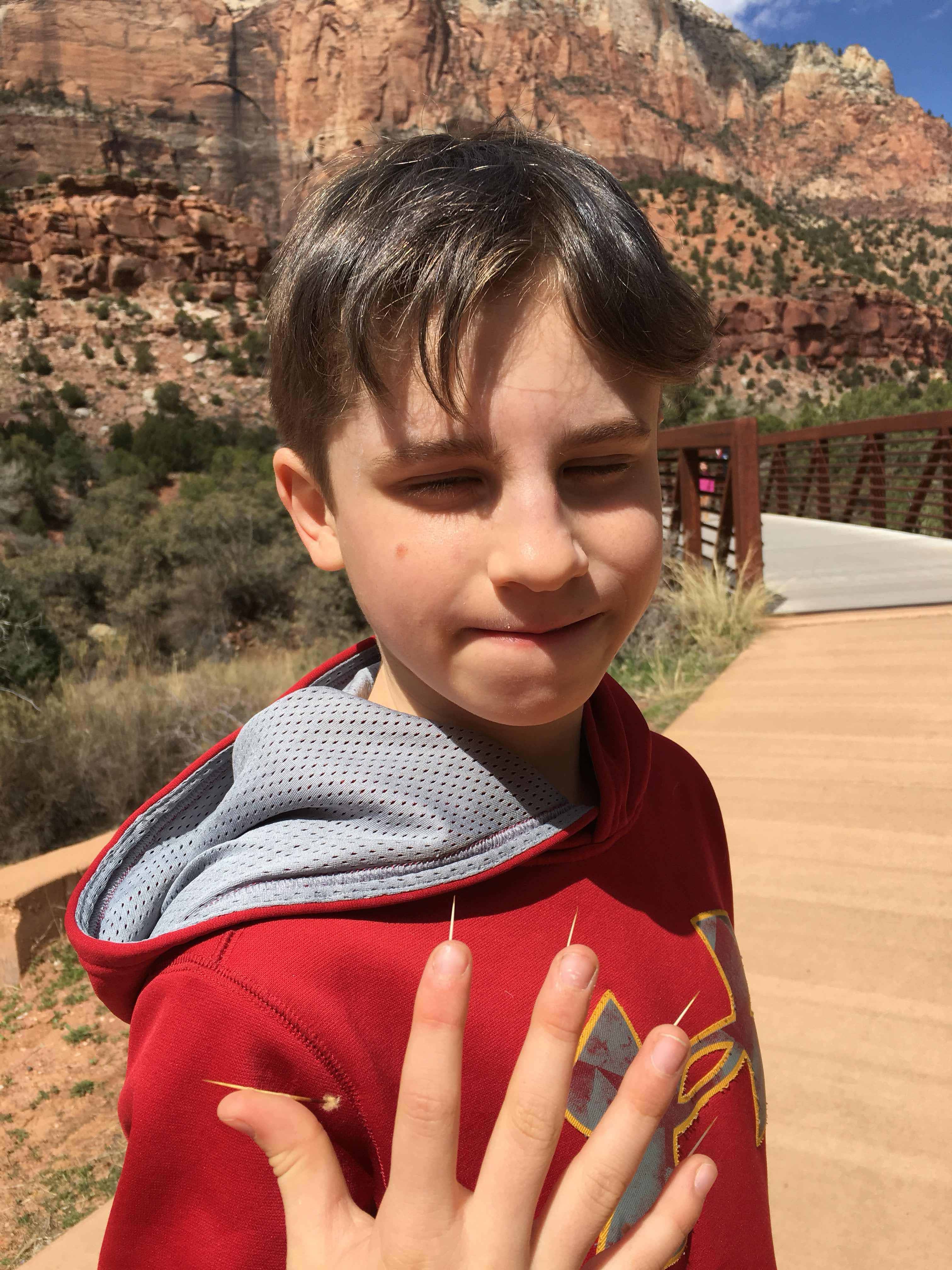 And Jackson was really into putting cactus needles into his hands to pretend he was Wolverine.
The river walk ends at the famous Narrows, where lots of hikers were headed in with wetsuits to walk through the thin river canyon. 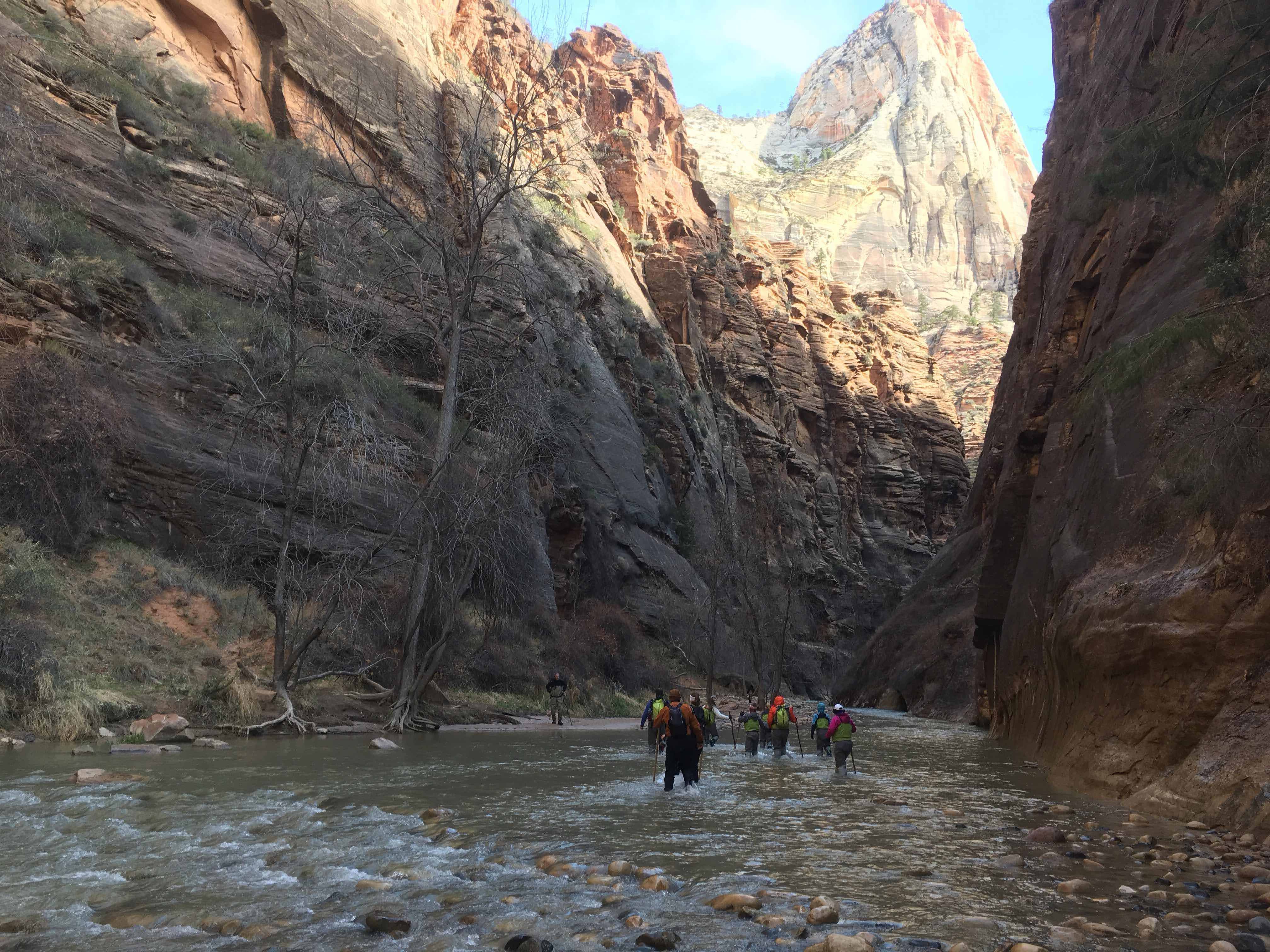 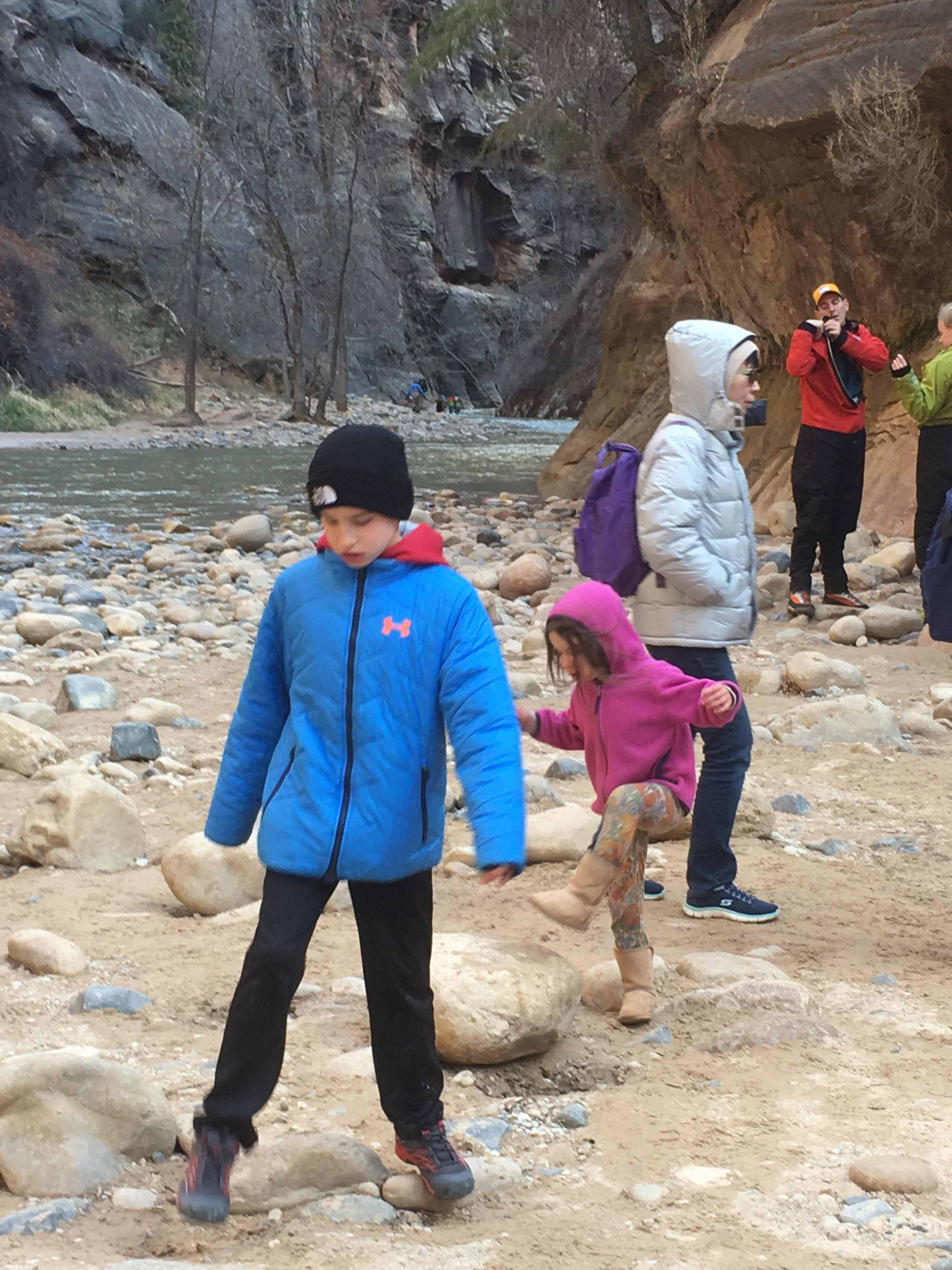 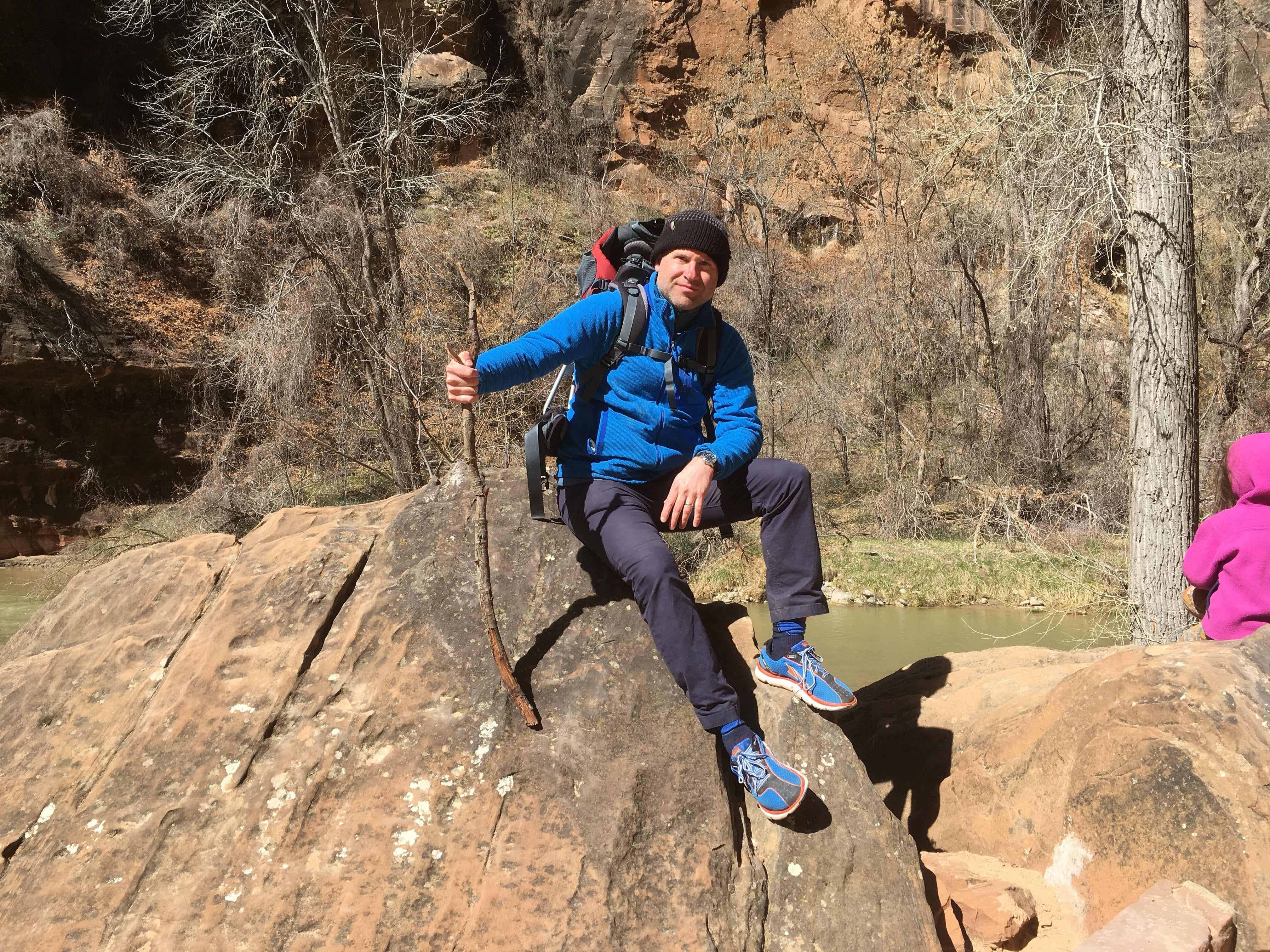 Other great hikes we got to do included the Emerald Pools and another one that it connects to with beautiful and precarious upper ridgeline views. 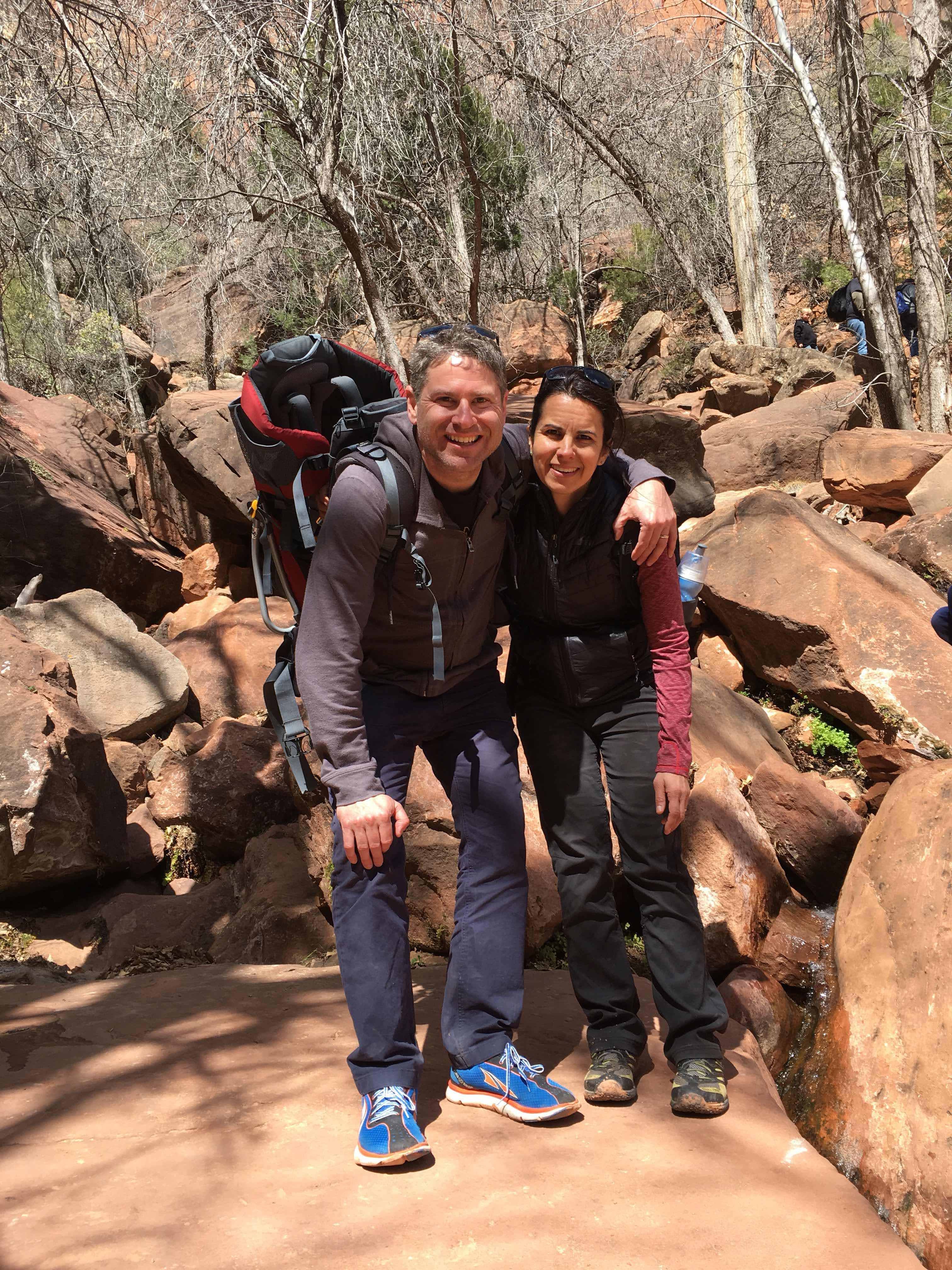 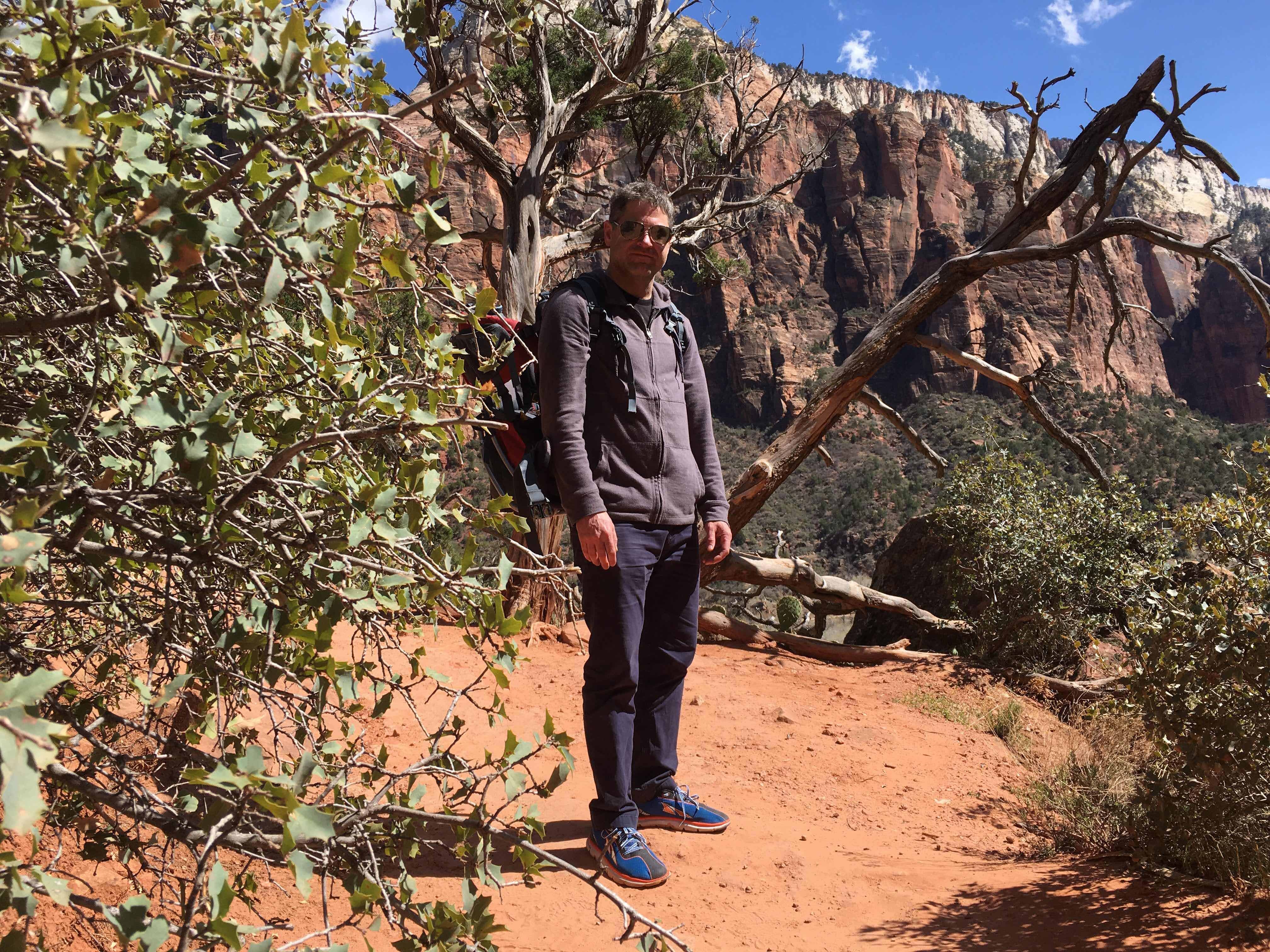 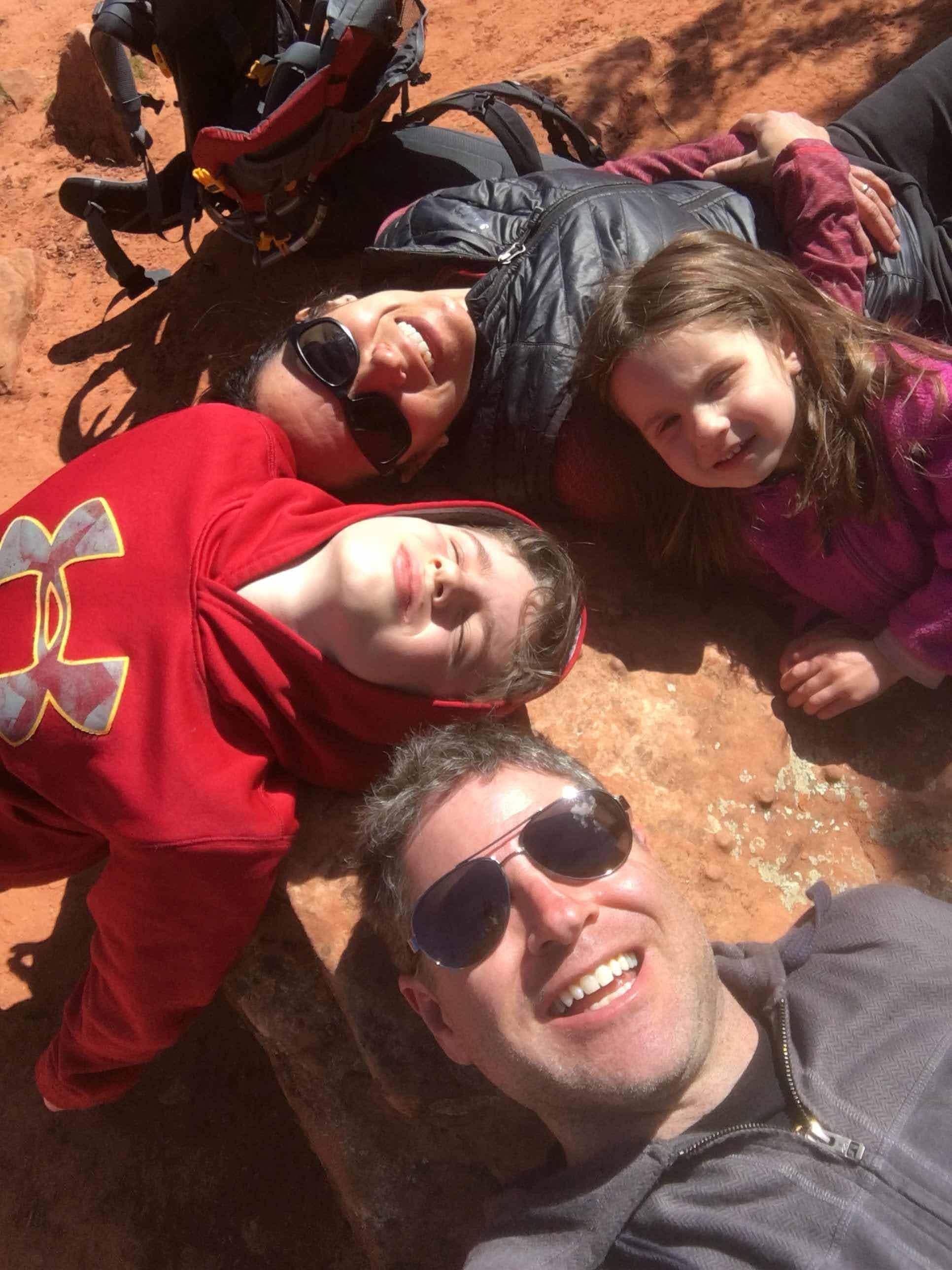 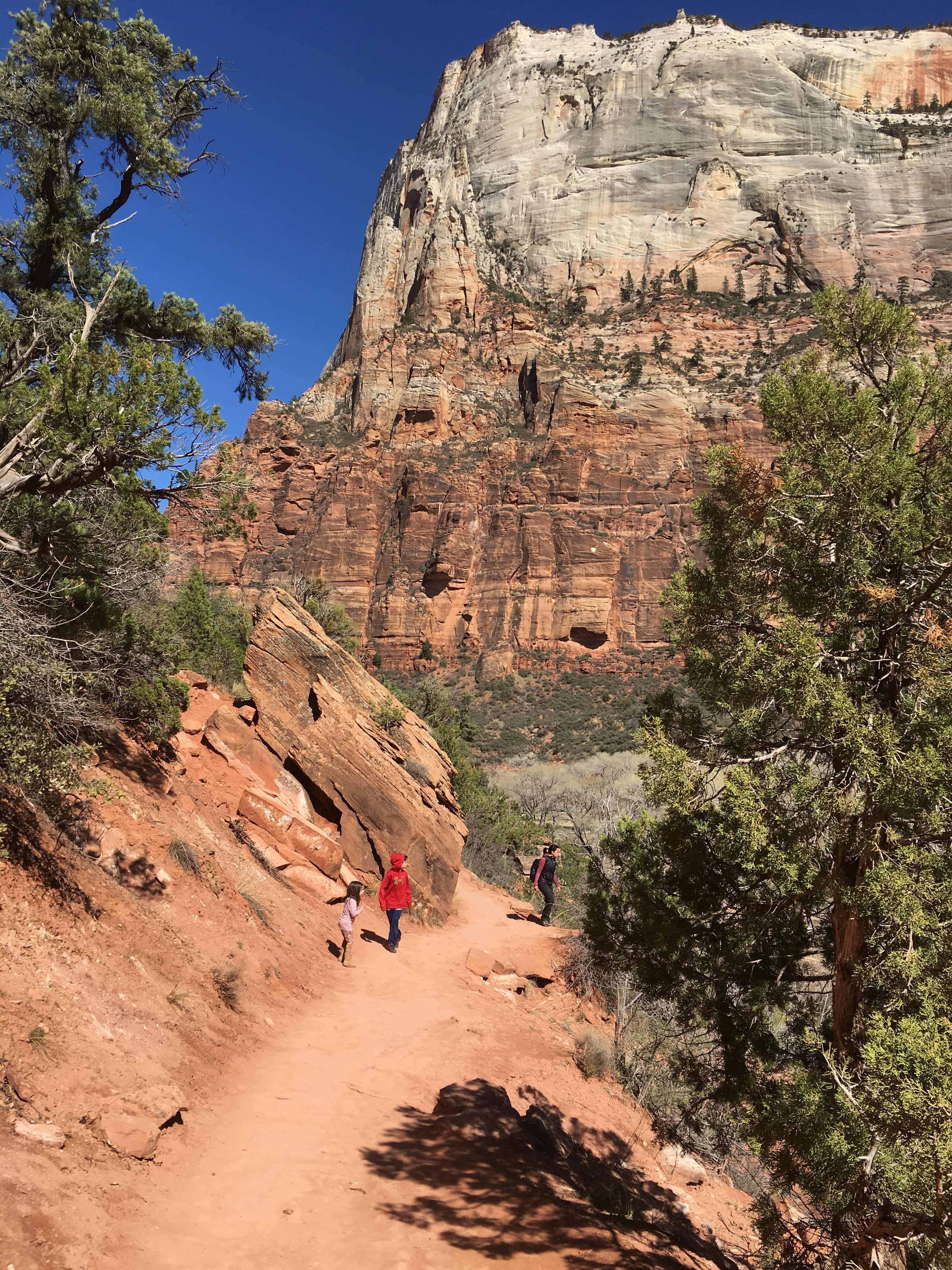 We finished up Zion with one of our best moments, exiting the park and going through mountain tunnels only to find a pulloff spot that allowed us to hike up some hills into an area with lots of scat and that was pretty clearly mountain-lion territory. 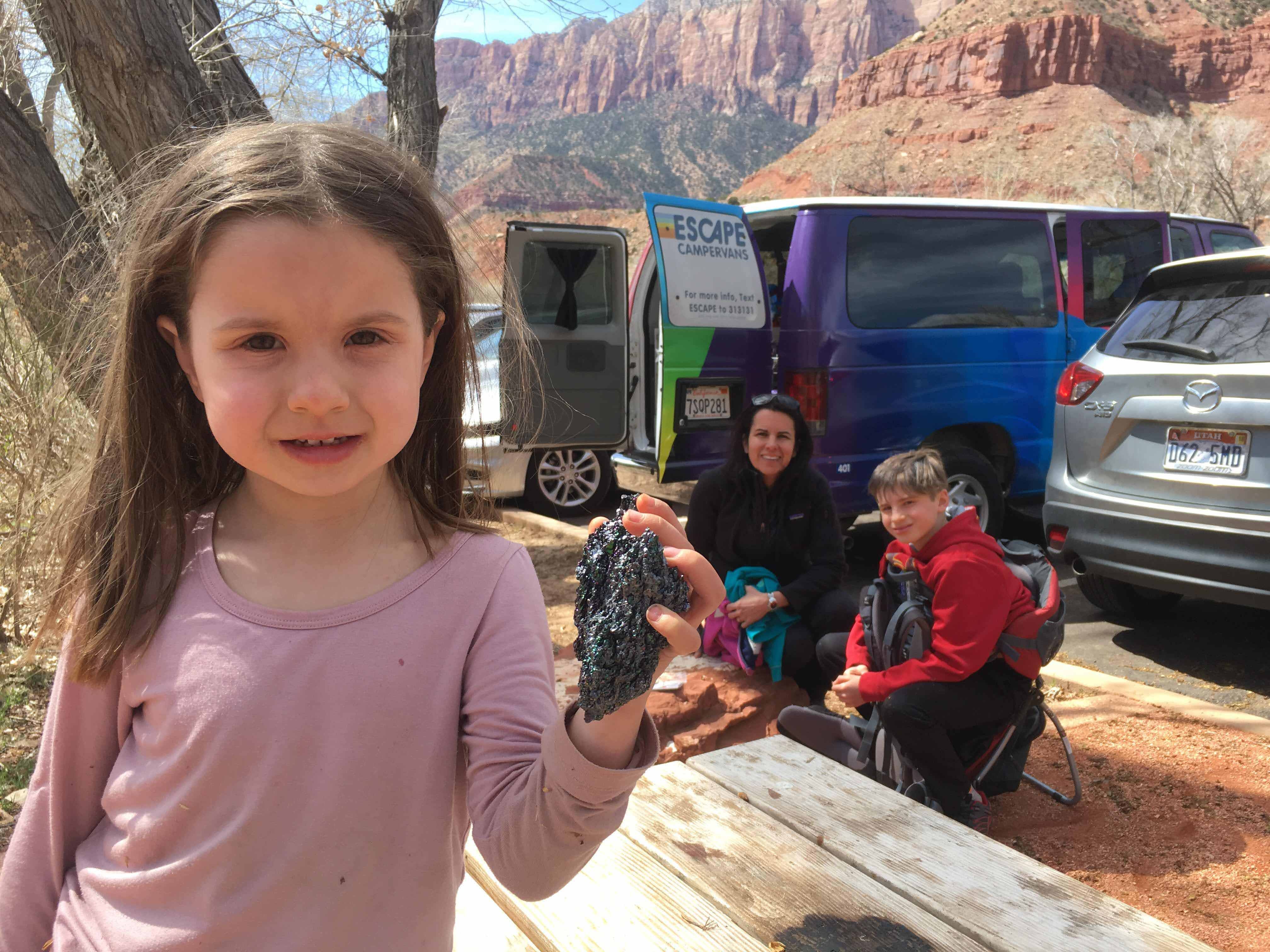 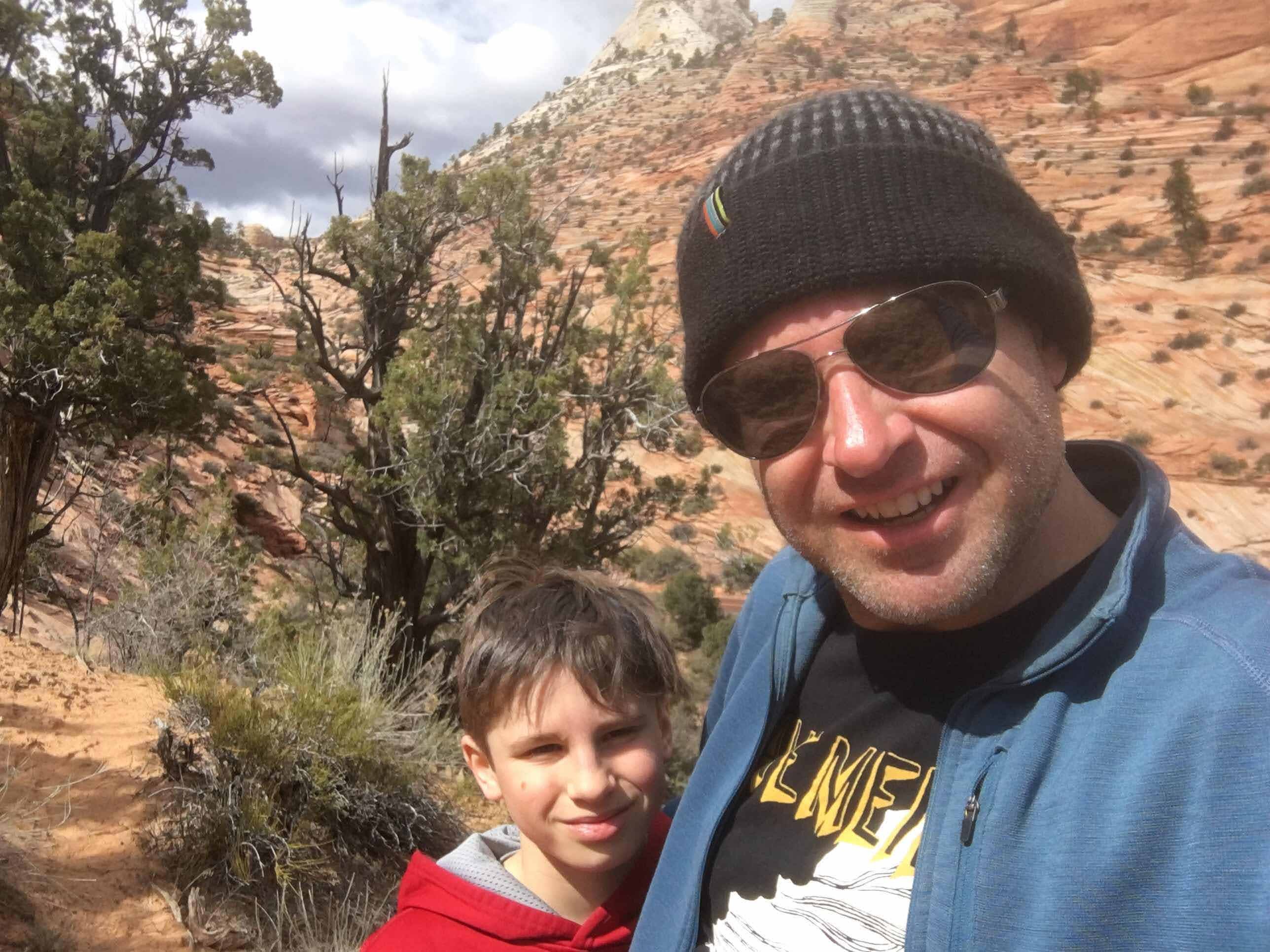 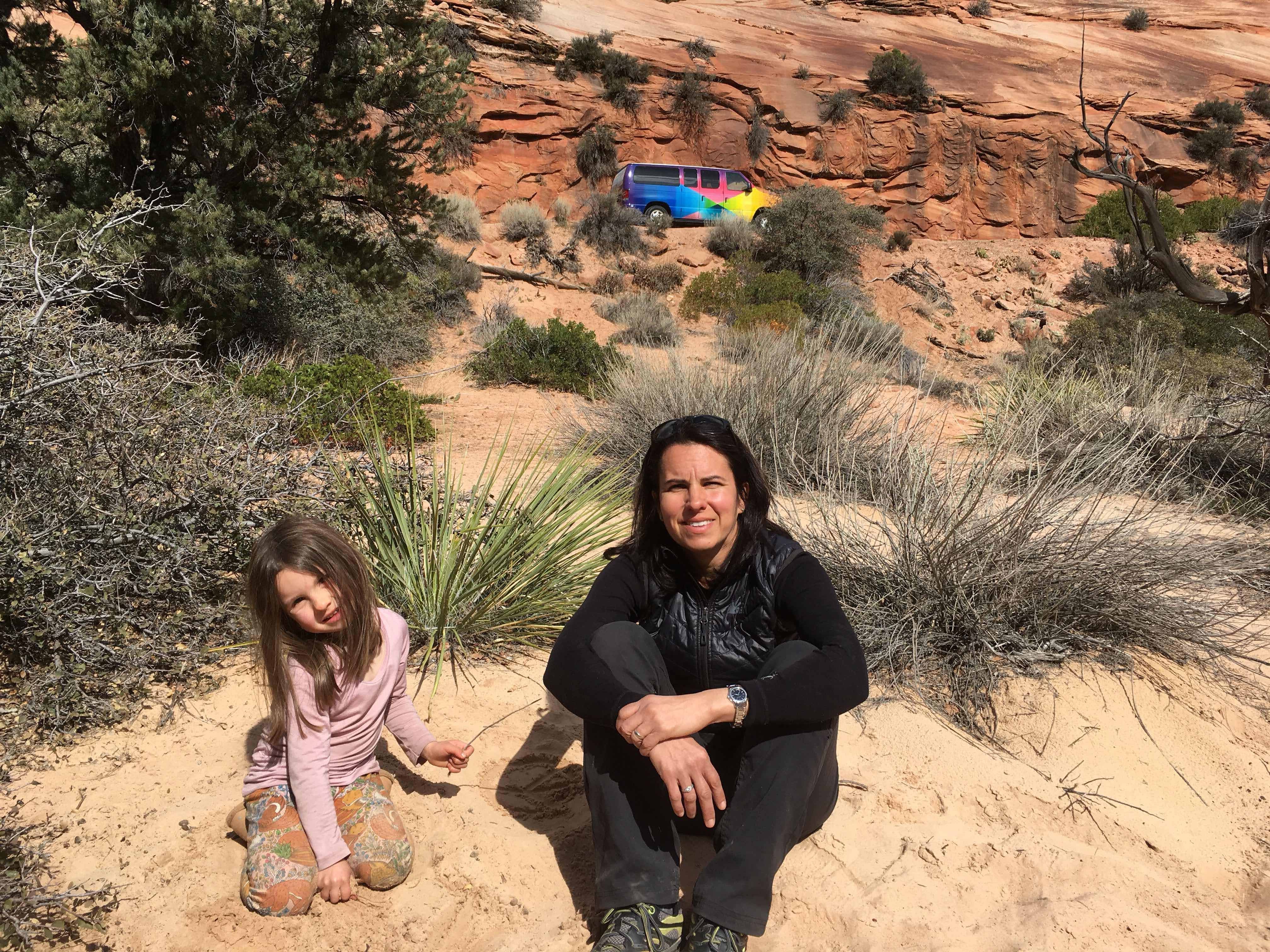 Zion is definitely right up there in the running for my favorite national park in the U.S.
Posted by Pop Culture Lunch Box at 8:51 PM