Can we make Grand Canyon visits mandatory for all humans?

The experiment, which we had no idea how it would unfold, turned out to be a success.
Nobody tried to kill each other on our week-long Spring Break Escape Campervan trek across Nevada, Utah, and Arizona.
Sure, there were some times like this. 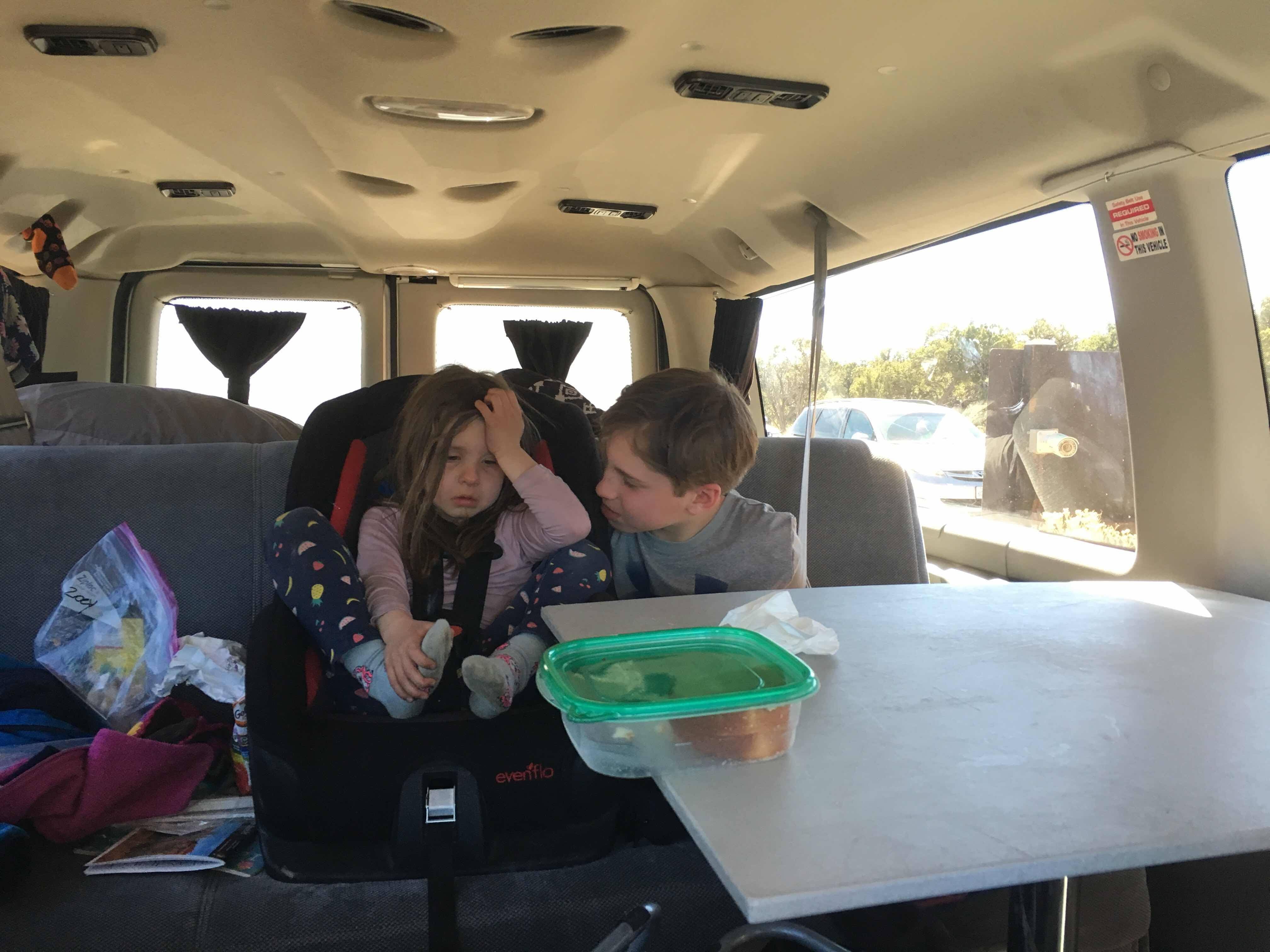 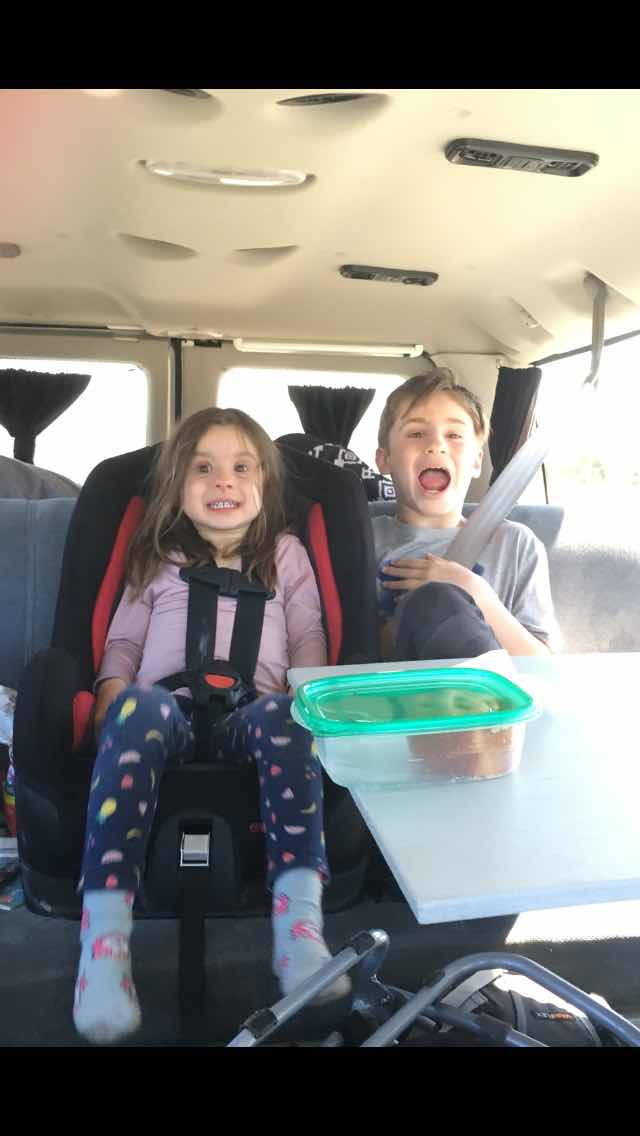 Our kids weren’t just troopers. They were flat-out buddies. And the van was beneficial because they were much further away from the parents than in our regular car rides.
After an already full Wednesday of hiking, we arrived at the Grand Canyon in early afternoon to explore about a 30-mike stretch along the South Rim. 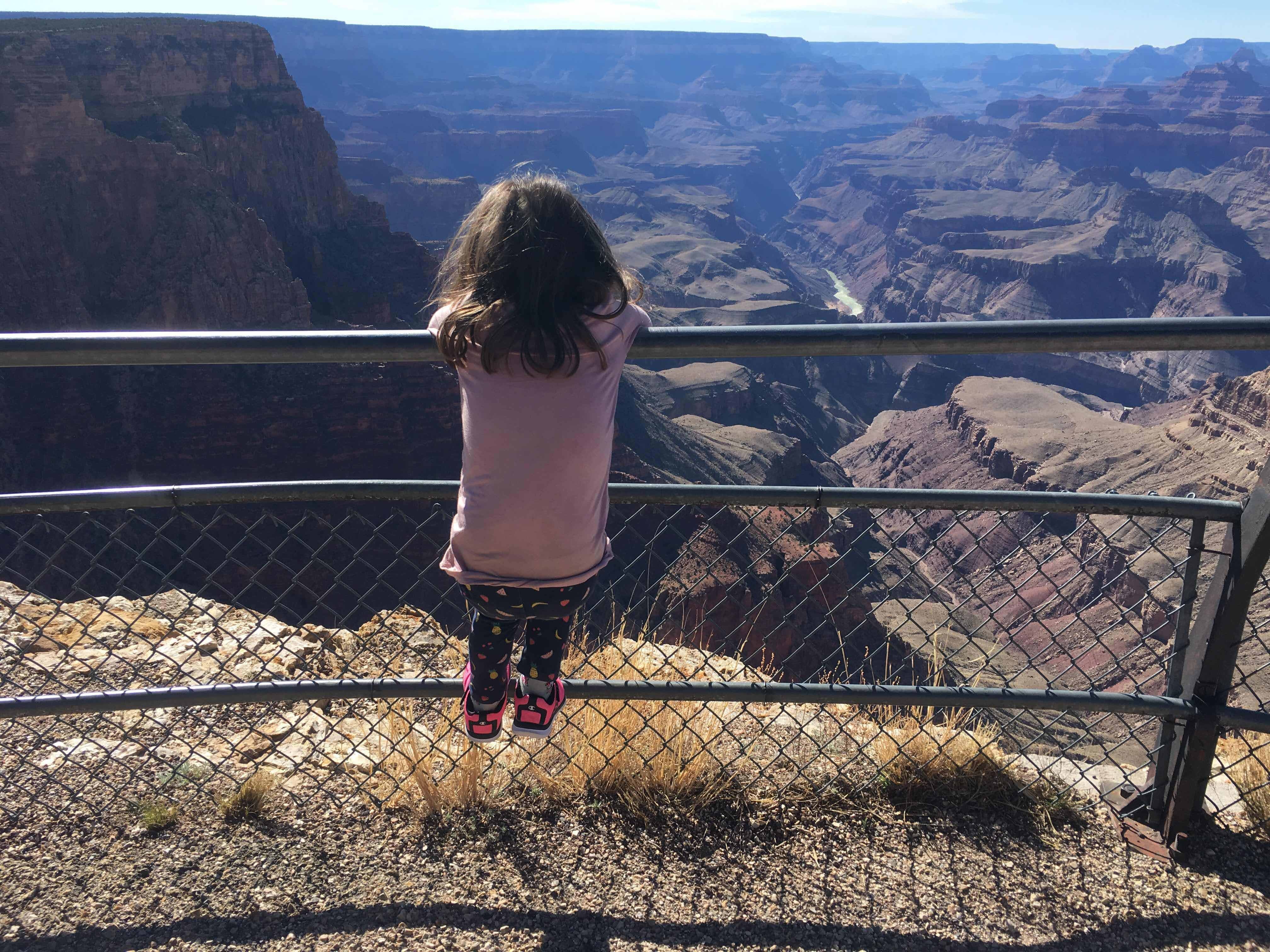 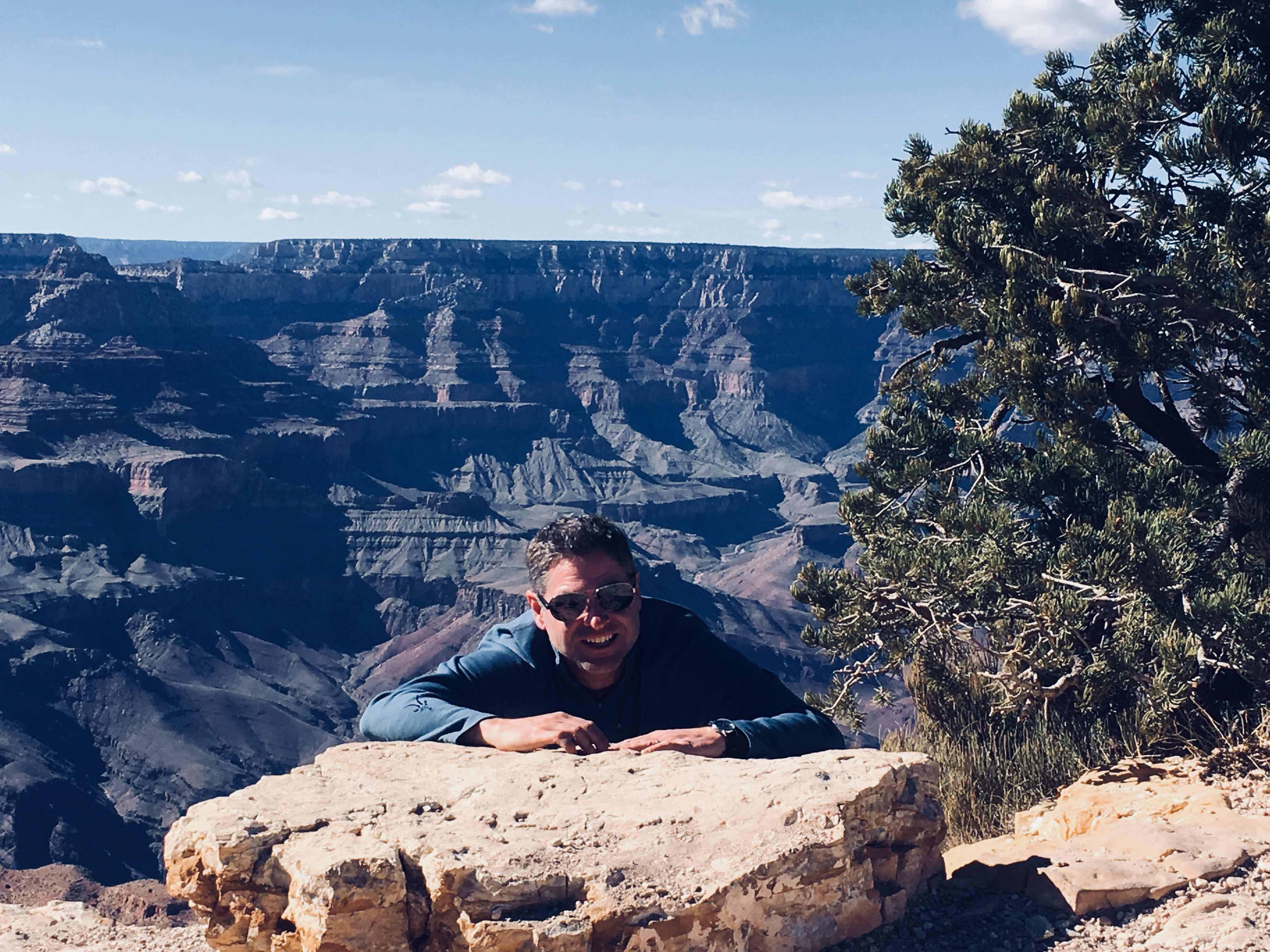 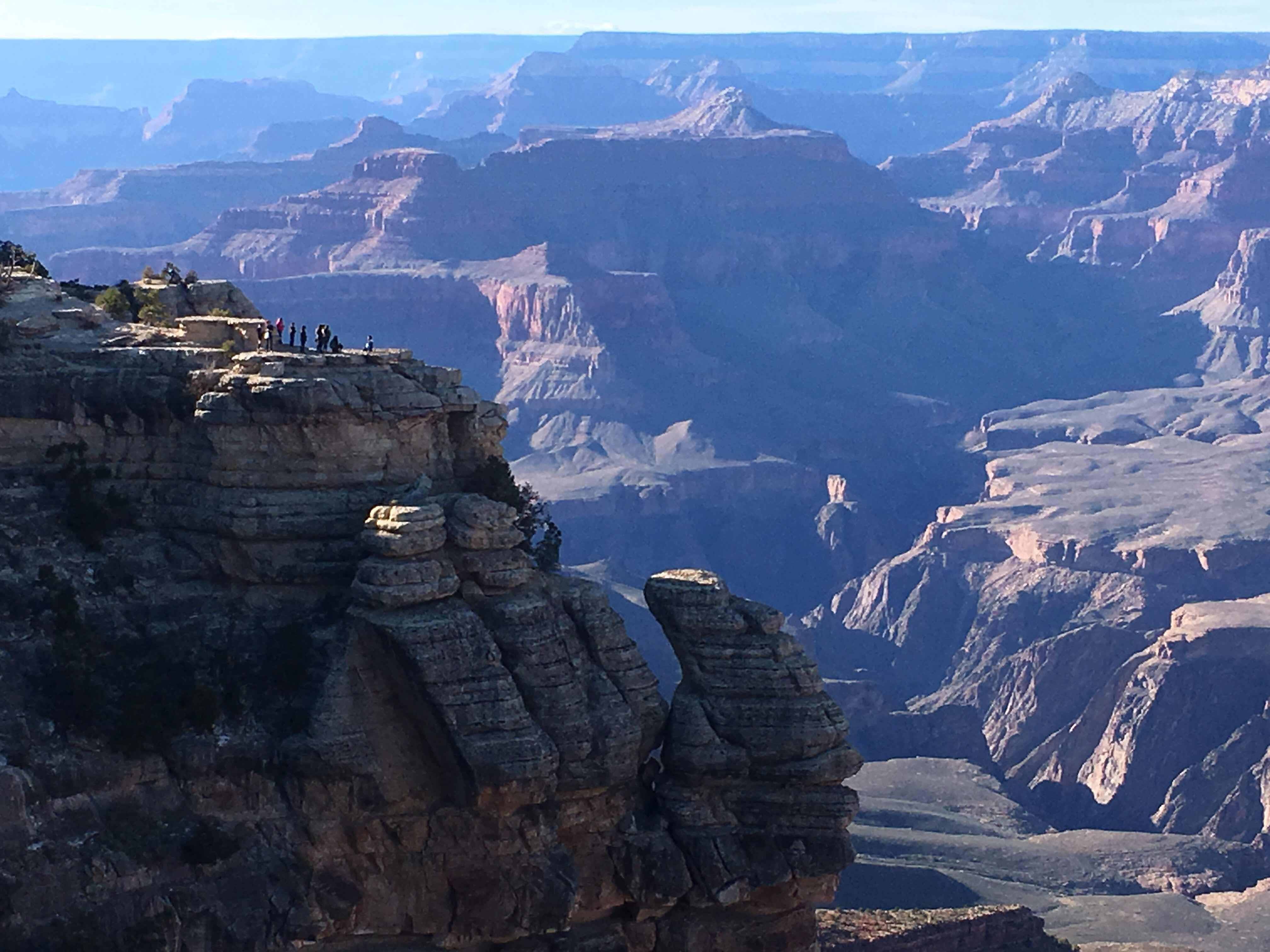 Although our kids are too little to do major hikes down to the bottom, we did get down a switchback trail a good little ways. 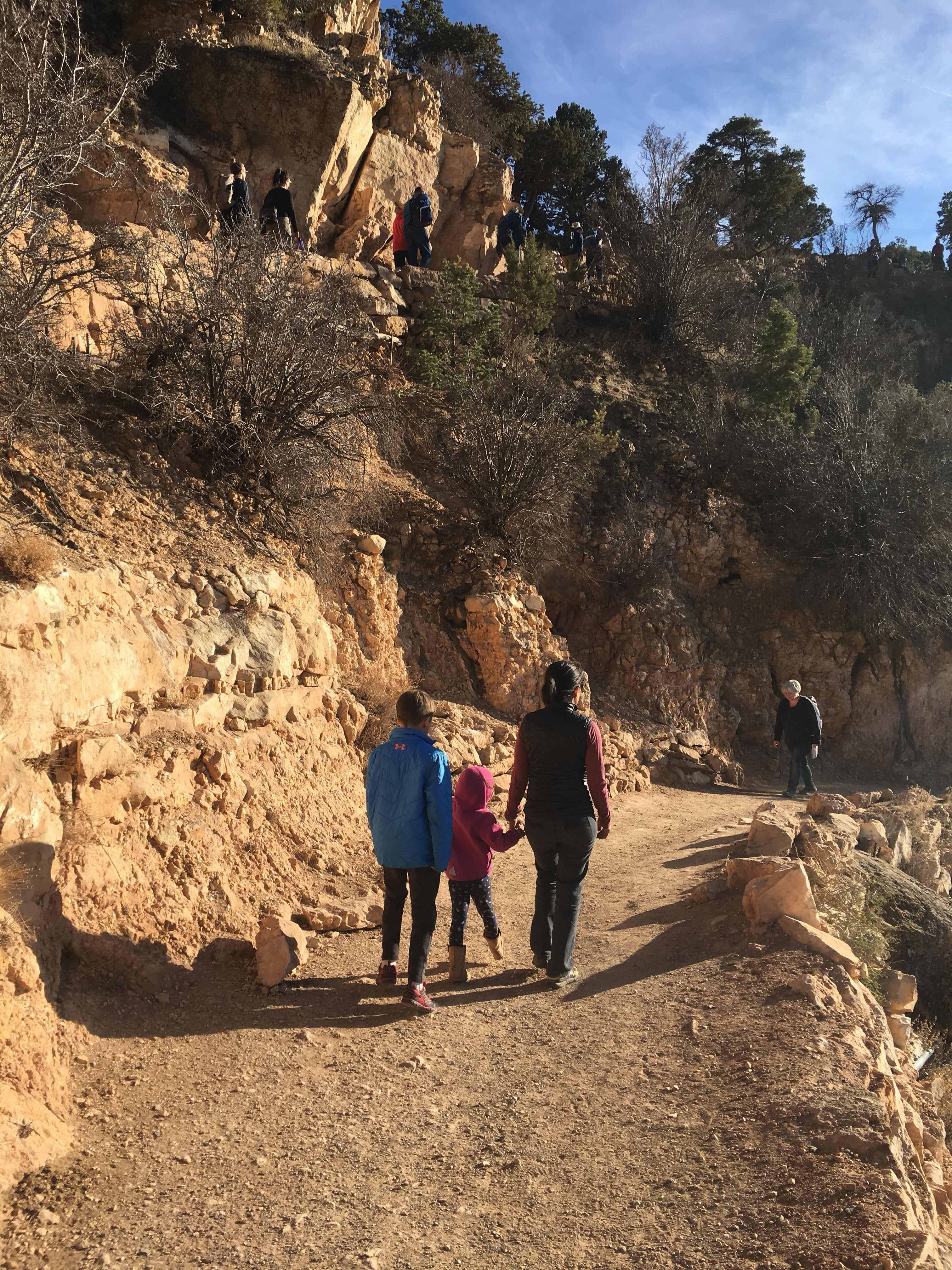 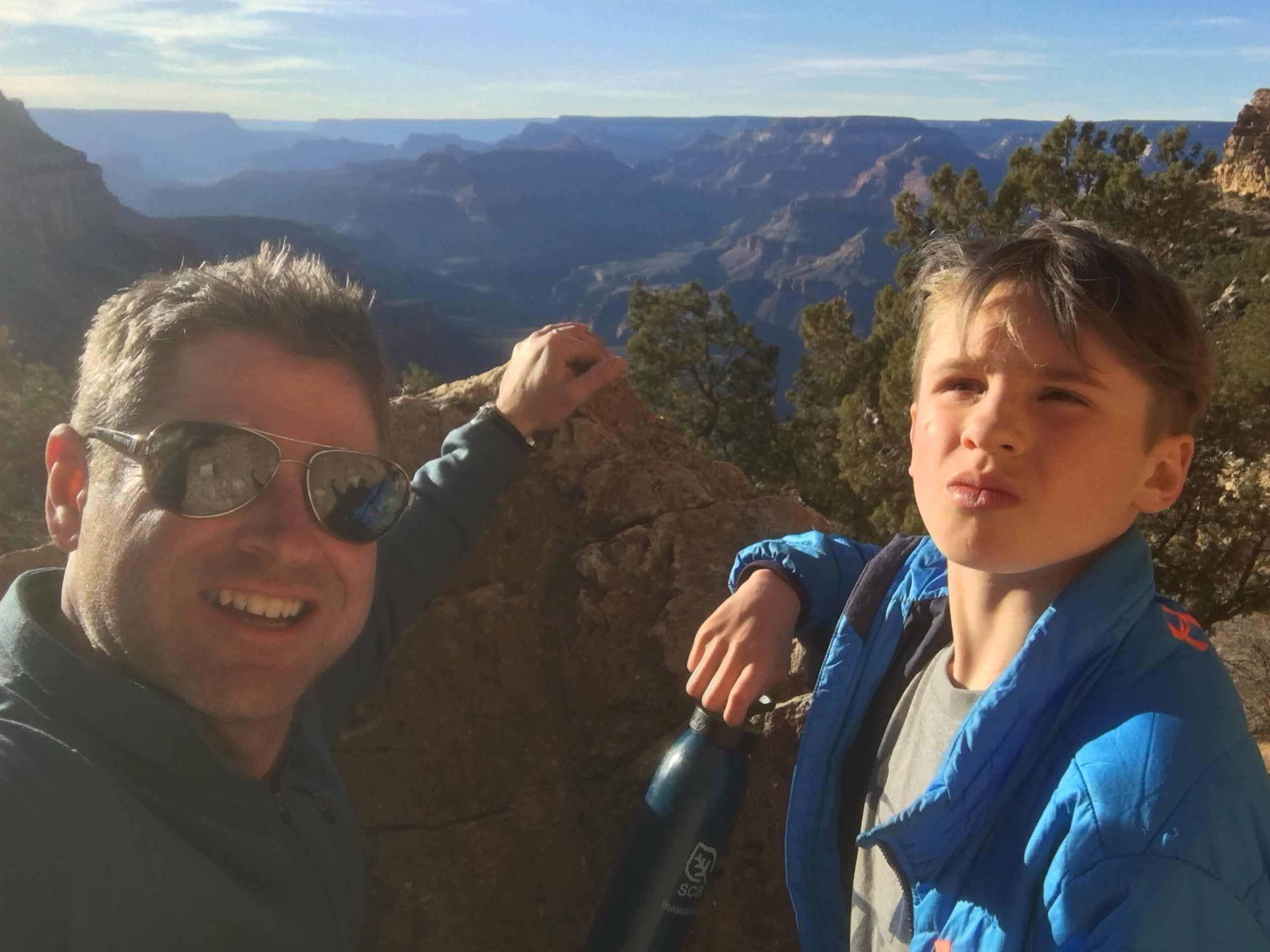 And the day was absolutely stunning weather-wise, turning the sunset into our Grand Canyon highlight. We watched it on a point with far fewer tourists than the other spots we had visited throughout the afternoon. 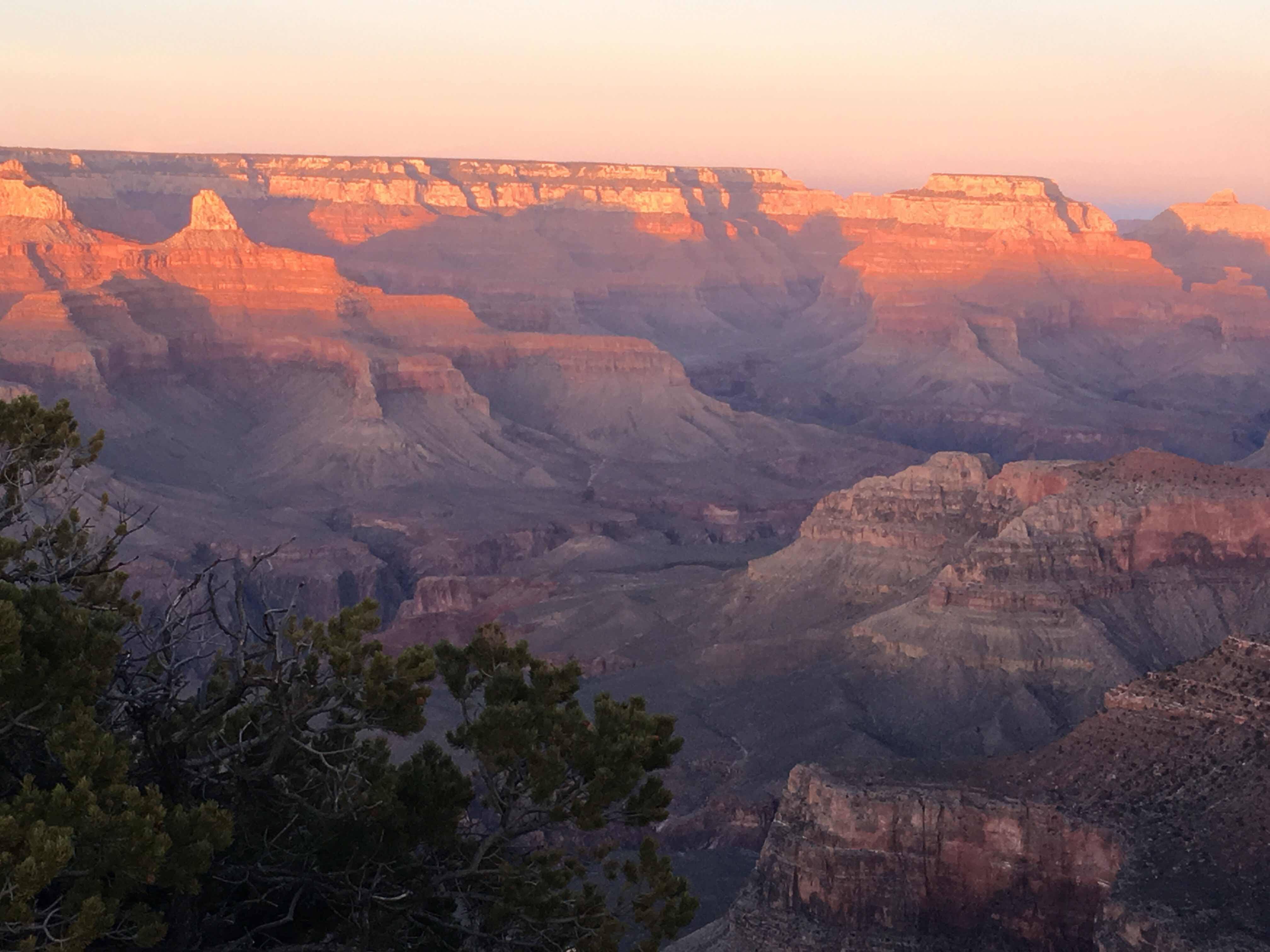 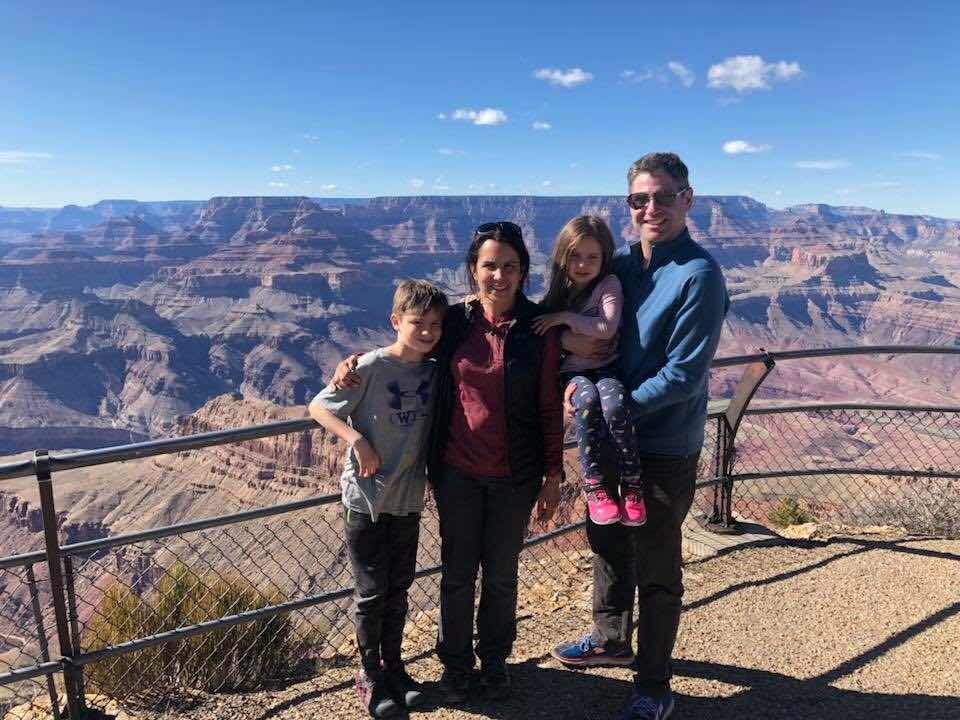 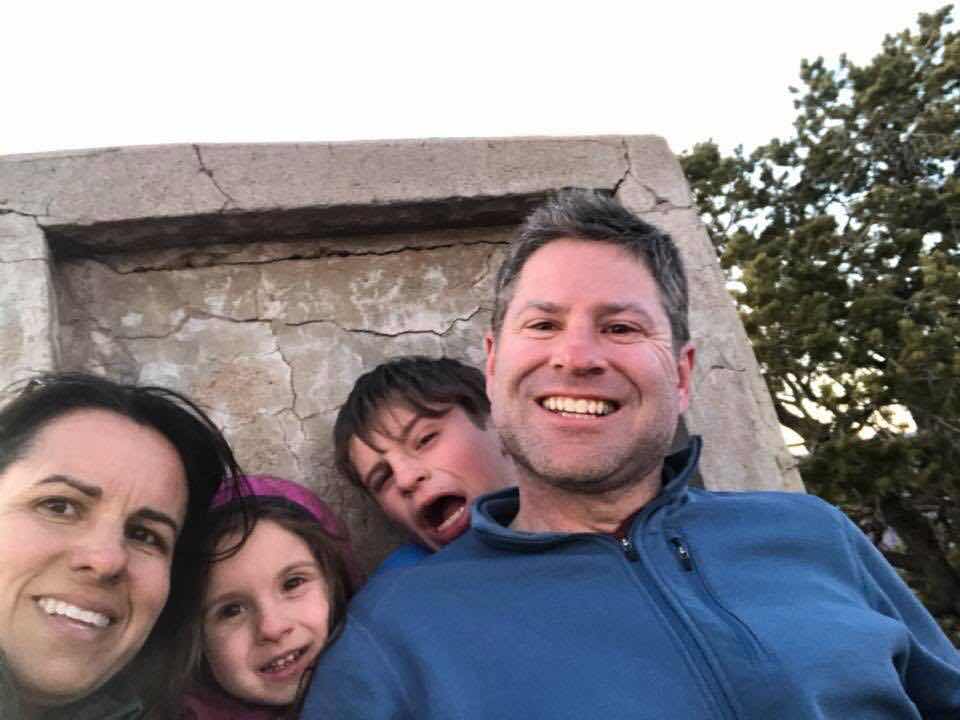 It’s tough to believe it took me this long to get to one of the Earth’s true wonders, right here in our own country. It should definitely be a requirement that anyone from the U.S. visit the Grand Canyon. All the pictures and postcards capture it well, but they still can’t compare to staring out across that vast space.
We decided not camp for the night and stayed in a hotel about an hour away in Williams, Arizona, which is the starting point for the Grand Canyon train. Promotional materials says it helps keep “about 50,000 cars out of the park every year.” Sounds like a good thing, although as a car-trip expert, that seems like an extremely conservative estimate of how many cars the train actually keeps out of the park. I’d like to know how they make that estimate.
Anyway, after Williams, our trip will conclude further south in Phoenix.
Posted by Pop Culture Lunch Box at 3:39 PM