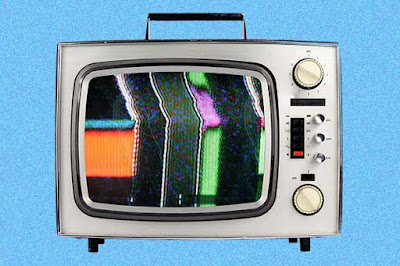 Some might think my recent decision to get rid of cable TV for the first time ever is crazy in the midst of the peak-TV era. But I'm super excited to watch as much TV as ever with my simple cord-cutting strategy.

I've got Amazon Prime, Netflix, Sling TV, YouTube, and MLB on my Roku and get to spend about $100 less than I was with Verizon Fios, which I basically never watched and had a big pile of junk on my DVR that I always felt obliged to watch.

After trying a few other apps, Sling TV is clearly the best. I'm paying $45 a month for the channels I want to watch and even have 50 hours of cloud DVR included. And maybe the best thing about Sling compared to cable is that I can watch live or recorded TV anywhere on any of my devices.

Here are some shows I hope to catch this fall and where I'll watch them: 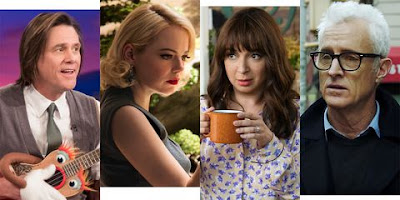 Netflix brings continuing tales like Ozark, and new shows like Maniac, which stars Emma Stone and Justin Theroux in a drug trial gone wrong. Chilling Adventures of Sabrina sounds intriguing as a bit of spinoff from Riverdale and starring Mad Men's Kiernan Shipka as the protagonist.

Amazon's new Forever, starring Fred Armisen and Maya Rudolph is being billed as a must-see take on a faltering relationship. And The Romanoffs is producer Matthew Weiner's first return to TV since Mad Men.

Viceland on Sling has The Hunt for the Trump Tapes, with Tom Arnold searching journalist-style for at least a handful of Trump's pre-presidential idiocies. I can't imagine The Cool Kids could be good, but it is co-created by It's Always Sunny's hilarious Charlie Day and I can watch Fox on Sling. I'll probably also continue to give The Good Place a shot on Sling's NBC.

Once the football, college basketball, and baseball seasons end and I can switch up my sports-heavy Sling subscription (you can change it around anytime rather than being locked into a cable contract), I'll subscribe through Sling to Showtime. Jim Carrey is being hyped as a return-to-form Mister Rogers type in Kidding. And Escape at Dannemora, about the recent prison break in upstate New York, looks like true-crime fun.

I might have to splurge for the HBO app at some point too. Not that Lena Dunham's new Camping is the thing that will break me towards doing it, but it won't hurt either.

And of course, like any good cord cutter, I bought an antenna for $20, which allows me to watch the two "networks" I don't get through Sling TV, CBS and PBS. Can't think of a reason besides football that I would ever watch CBS, but the Native America documentary on PBS could help me put that antenna to use.
Posted by Pop Culture Lunch Box at 11:29 PM