Do Uber and Lyft really care about being environmentally sustainable corporations? 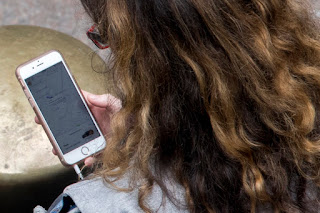 In my role as director of Mobility Lab, I get quoted a lot in this CityLab article. Here are some tidbits:

For Paul Mackie, director of communication and research at Mobility Lab, which studies transportation behavior and policy, the announcements are another sign of how these companies are adopting roles as “societal partners” rather than just ride-hailing services—ones that can change the way public transit is marketed to the masses. In moving into the bike- and scooter-sharing markets, Uber and Lyft are also encouraging more people to ponder driving alternatives, and making it easier for them to change their behavior.


Lyft’s campaign resembles the new subscription service the firm is experimenting with in Salt Lake City, in which participants pay a flat $200 every month for 30 rides. But by integrating bikeshare and public transit, Lyft’s “Ditch Your Car” initiative goes one step further, potentially demonstrating how public transit agencies could benefit from a new payment model. “You think of these other smart industries—like Netflix or food recipe subscriptions—those are working and its showing that its what people want,” Mackie said. “Why is public transit is so slow to have that model?”

... “It would be naive for anyone to think that Uber and Lyft aren't thinking about what’s best for their bottom line,” said Mackie. The two companies also want a seat at the policy-making table, with both ramping up their lobbying spending over the last few years. (Uber’s backing of congestion pricing, as CityLab previously reported, could be a win-win for both company and city.) Uber is still scrubbing its brand after the multiple scandals associated with former CEO Travis Kalanick, while its smaller competitor Lyft is sticking with its famous “better boyfriend” strategy, donating to the ACLU and giving voters free rides to the polls.

But the companies are still leaving out the one thing cities really want: data. Uber’s gift to SharedStreets may be a gesture toward handing over more of this precious resource, and Mackie thinks this could be another win-win for both sides. “Cities have curb space and parking—things that could really help Uber and Lyft,” he said. “We like to think that if they did share their data, then the governments can work with them to make cities much nicer working grounds.”

And Mackie also credits Uber and Lyft with encouraging more people to consider sustainable transit options. Despite the rise of ride-hailing, Americans are largely still holding on to their private cars, and the concept of shared mobility remains novel to many.  “So it’s another thing to be a bit of cheerleader for Uber and Lyft because we want them to incorporate this sharing mindset in all of us,” he said. “It’s a noble experiment in behavioral change.”
Posted by Pop Culture Lunch Box at 2:17 PM