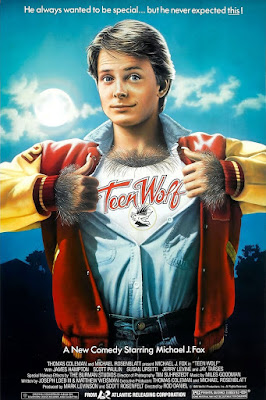 My kids (and many others whose parents have told me so) have been on a real kick of watching movies from my childhood. And I’m not complaining because somehow there are still many that had escaped my viewing back then.

Recently I’ve boosted my movie knowledge by adding Teen Wolf, Uncle Buck, Adventures in Babysitting, and Don’t Tell Mom the Babysitter’s Dead to the list of older movies I’ve seen for the first time with and because of my kids. Heck, I’d never even seen Wayne’s World (excellent, by the way). I let my 5-year-old watch Austin Powers, thinking she would be bored within about two minutes. But she watched the whole thing and now often says “yeah baby” to me in a groooovy British-ish accent.

My 10-year-old and I watched Teen Wolf last night. It’s an awful movie - that we couldn’t take our eyes off. That's probably because Michael J. Fox is so universally lovable. But, like many of those 1980s and 1990s movies, there is a lot of not-so-subtle male misogyny and rape-y culture. Those elements would likely be much tamer today, or at least far more subtle - at least in PG and PG-13 offerings.

Many of the more politically incorrect movie scenes remind me that kids do crazy things. It's what they do, no matter whether it's the 1980s or the 2010s. Kids are pretty much raised to either know when they’re doing something crazy and be measured about it or to simply have no clue and basically be future candidates for the penitentiary. The good thing about today is that even the ones grooming for prison should know better because of the national conversation happening with #MeToo and Trump and Brett Kavanaugh’s good old boy network. If politics were a movie, those two would be playing the drunken, rapist, pink-sweater-wrapped-around-the-neck jerks at all the parties in 80s movies.

Pop culture note: With his movies, Fox has never topped his legendary TV role as Alex P. Keaton in Family Ties. But my favorite of his films, in order, are Casualties of War, Bright Lights Big City, Back to the Future, and The American President.
Posted by Pop Culture Lunch Box at 2:36 PM 80 comments: