From high brow to low brow, from BlacKkKlansman to Fuller House 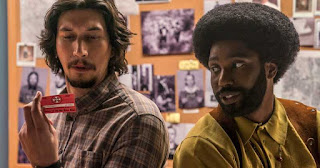 My pop-culture intake the past week or so has taken a deep dive from all the way at the top level of sophistication to the lowest depths of low-brow culture.

Luckily, it started and ended with a highlight that I'm not embarrassed to discuss. Shamed by having seen so few of the Academy Award-nominated best films, I was inspired to head to pay-per-view to see BlacKkKlansman. I intended to watch about half of the film late one night when I was already exhausted. But 2-plus hours later, the end credits were rolling and it had seemed like no time had gone by.

Before the Oscars, I was definitely hoping for big winning nights for Bradley Cooper and Lady Gaga in A Star is Born, but after seeing Klansman, I'm not so sure that it and other movies (can't wait to see Green Book and Bohemian Rhapsody) aren't at least as deserving of the top honors.

Upon reflection, I was actually a little embarrassed at how few Spike Lee joints I've seen. I loved Clockers, 25th Hour, and He Got Game. I truly can't remember if I've seen Do the Right Thing. So I'm putting that and 4 Little Girls, A Huey P. Newton Story, When the Levees Broke, She's Gotta Have It, and Malcolm X on my watch list. (Here's a good list of his top movies.) BlacKkKlansman is 5 out of 5 stars. 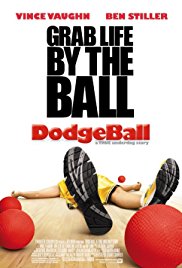 When you have kids, you have to watch things you wouldn't normally. My 11-year-old son and I watched Dodge Ball (I had already seen it once), which is mildly inappropriate. The Ben Stiller and Vince Vaughn love triangle and fitness competition starts the movie somewhat boringly but when the Dodge Ball competition kicks in, it really is pretty fun stuff for both adults and kids. 3.5 out of 5 stars.

Dipping lower into low brow is admitting that my kids love Fuller House on Netflix. I still have never seen an episode of Full House, but I have to admit this reboot is hilarious in an awful-acting sort of way. The whole thing reminds me of Three's Company. It might be more kid oriented than that classic 1980s show, but then again, I think I count about a dozen kisses every episode. These people love to kiss. I guess the Olsen twins were in the original. They're not in this one. All the characters are likable and, oh my god, when John Stamos occasionally appears - is he gorgeous or what? 1 out of 5 stars for production values and acting, but 4 out of 5 stars for pure entertainment value.

I took my pop-culture video diet back into the realm of sophistication by watching the odd yet critical-praised Call Me By Your Name. The movie is a bit slow, but it adds up to a powerful story by the end, especially when the father tells his son that his heart should remain strong and full of love and fondness for the affair he's carried on with an older man while the man stayed with their family for the summer in Northern Italy in the 1980s. Timothée Chalamet and Armie Hammer turn in weird but relaxed and realistic performances as the bin-men who fall in love. 3.5 out of 5 stars.
Posted by Pop Culture Lunch Box at 11:43 AM