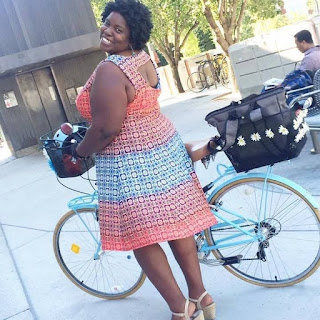 The Washington Post's Kery Murakami decided to dig deeply into data about growth patterns of people moving into spaces within a half mile from Metro stations throughout the DC region.

He contacted me (representing Arlington's Mobility Lab) because our expertise is on how important initiatives other than infrastructure are to the transportation choices that people make. Sure, running safe, reliable trains on time is really important, but it straddles the line between infrastructure and the education aspect we focus on.

In places like DC where the transportation grid has been built out about as much as possible, the only way to go is to win people's admiration and loyalty to various ways of moving around. The good news is that it can often be effective (if done well, which it often isn't), and it's a heck of a lot less expensive than building new highways and train stations.

Anyway, this is a good article, with excellent reporting and (I think) some pretty great quotes from me! :-)


But even though that meant 38,000 more people were living near a station, ridership didn’t grow. According to Metro’s figures, it fell. Weekday boardings in the District dropped by 13 percent between May 2011 and May 2018 — or by an average of about 57,000 boardings daily — while all those people were moving in around stations.

That was “absolutely” a lost opportunity, said Paul Mackie, research director of Mobility Lab, the research arm of Arlington County Commuter Services. “It doesn’t help that the SafeTrack repair program has led to a general decline in both service and loyalty to Metro,” he said. “But Metro needs to promote itself harder, especially in light of competition from other options like Uber, Lyft, carpooling, e-scooters, bikes and bikeshare, and the rise in teleworking.”

Mackie also said Metro hasn’t done enough to reach out to all the additional people moving in around stations.

“There is a huge TransitScreen on the marquee at Gallery Place/Chinatown that lists when the next trains are leaving,” he noted. “Why aren’t those signs in every neighborhood and bar and restaurant and library and hotel promoting transit?"

I was also quoted in a separate Post article titled, Data shows areas near Metro stations remain havens for the rich.


“We’re seeing the rich get richer – in both wealth and quality of life – and low-income people having to keep fighting to stay afloat with everyday tasks – like getting to work or daycare,” said Paul Mackie, research director for Mobility Lab, an Arlington transportation research center funded by local and federal governments.