Roger Corman is a punk rock movie all star 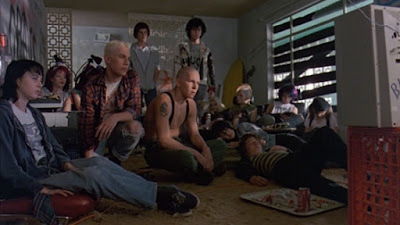 Roger Corman is a genius filmmaker.

Anyone interested in pop culture should check him out. I would sum up his ethos as somewhere between the Dead Milkmen song "Bitchin' Camaro" and The Warriors (one of the 1970s' best and most unheralded movies, all about what gang warfare was like before guns made it much less interesting).

A couple of films associated with Corman (if not directed by him) are about to leave Hulu, and I couldn't highly recommend a film any more than Suburbia. It's the tale of a girl who witnesses a baby she's caring for mauled by a wild dog and a couple of boys who run away from their violently alcoholic mom. They end up in an abandoned tract home in L.A. with a bunch of mosh-pitting punks (including a very young Flea, the Red Hot Chili Peppers' bassist) who have suffered similar abuse at the hands of the families they have left. 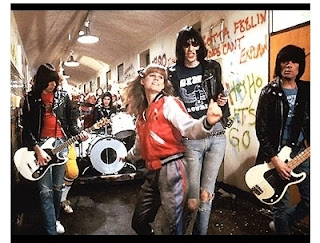 It is an absolute stone-cold classic that I can't believe I hadn't seen.

Of lesser importance and quality is Rock n' Roll High School, the legendary entrance (and exit?) into film of The Ramones. It's far less of a compelling story than Suburbia, but it is indeed a ton of fun. The principal and the lead student rocker played by P.J. Soles are particularly captivating. Also, how did I never see that before!?

The next batch of Corman films I need to see include: