Best Magazine Reads: Morrison Hotel was the last and best hurrah for The Doors 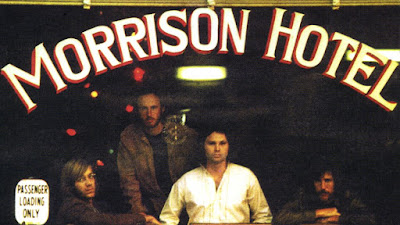 Morrison Hotel is, by far, my favorite Doors album, and I’m not too sure how normal that is. It stands to reason that it would be a stinker, since Jim Morrison was in the throes of alcoholism before taking off for Paris and his eventual death Further, he is under the microscope of the law for exposing himself in a concert in Miami.

Other albums by The Doors may have had better songs, but the spectrum of psychedelic pop across sides A and B of Morrison Hotel are untouchable: Waiting for the Sun, Peace Frog, The Spy, Queen of the Highway, and Indian Summer, to name a few.

In an article in the under-rated British magazine Classic Rock, lots of great nuggets are revealed about the making of Morrison Hotel:

Email ThisBlogThis!Share to TwitterShare to FacebookShare to Pinterest
Labels: Magazines, Music, The Doors