Charleston is a beautiful city on the coast of South Carolina that I had never visited. It's got beautiful architecture, is walkable and bikable, has great restaurants (see my accompanying article), and great Atlantic beaches nearby. It's claims to fame are that it's the state's largest city and was a major port in the slave-trading business.

There's fresh fish to eat on just about every street in the bustling downtown area. 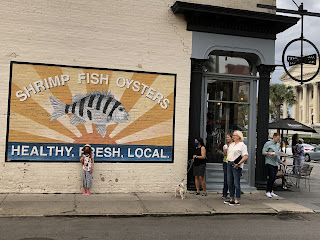 The architecture makes it a must to walk or bike (we also took a fun carriage tour with the highly recommended Palmetto Carriage Works) up and down just about every street. You can't catch the beauty of buildings like this "half" house in a car. 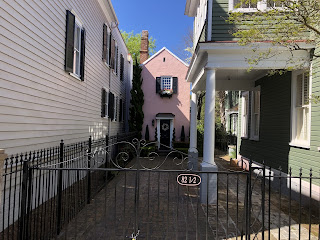 Our second AirBnB of the week was on Mount Pleasant, across the famed suspension bridge from downtown, and featured a French-language poster of Hitchcock's North By Northwest above the master bed. And Rico, of course, always right at home anywhere. 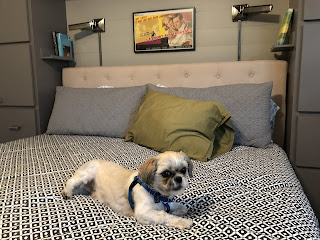 The trees and my favorite Spanish Moss are a constant wonder. 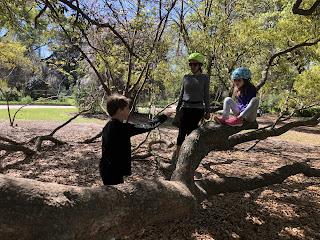 Our carriage tour, headed towards the old Catholic church. There is a little history for just about all religions in Charleston. 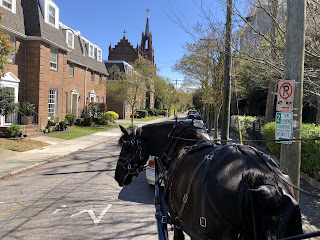 It didn't take much research to find an expansive skate park under a loop of interstates north of downtown. 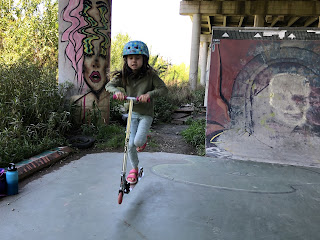 The beaches of Mount Pleasant and Sullivan's Island are can't miss, and we were somehow able to splash all afternoon in the surf on a balmy March day. 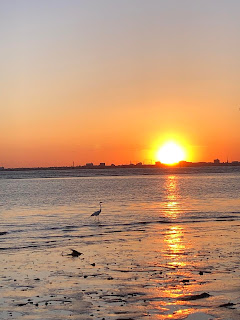 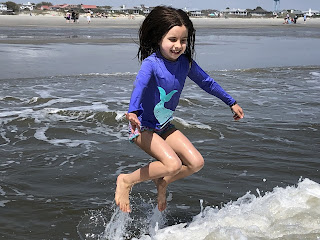 Again, with the Spanish Moss and bikes. 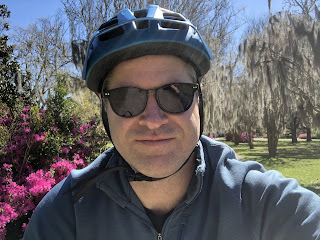 Huriyali, a funky coffee and smoothie bowl place north of downtown, ended up being our go-to breakfast stop. My favorite was the chocolate acai bowl. 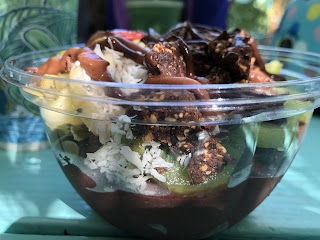 Wandering around the campus of the College of Charleston is a must. 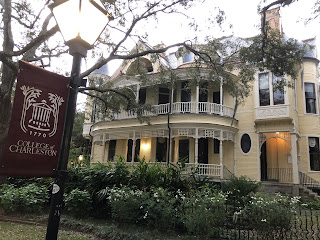 Same with the beautiful Hampton Park, north of downtown and best with a bicycle. 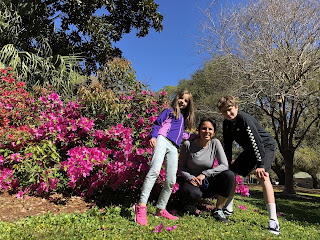 There are historic graveyards across the city, including this one at the Circular Congregational Church off Meeting Street. 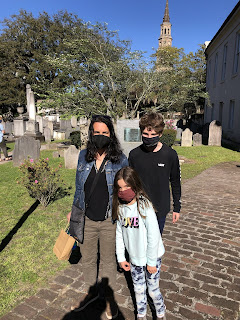 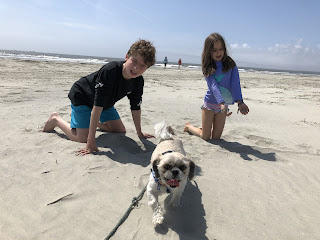 Biking past several more of the city's churches with gorgeous steeples. 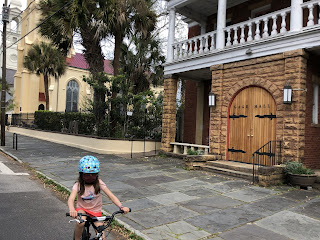 More biking out around the shore of Mount Pleasant. 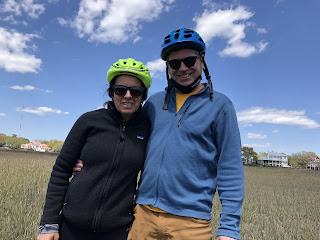 And around the downtown, here at famed Rainbow Row, down near the southern tip of the city. Downtown Charleston is shaped a bit like Manhattan, and we were able to bike from our first AirBnB down the west side along the water, where we spied a porpoise, along to the Battery at the southern tip. 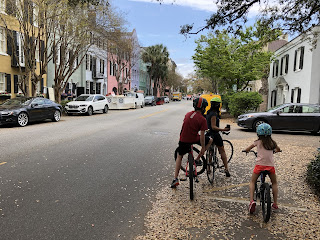 We didn't take a ghost tour, but I bet it would be fun to see the creepy insides of the old Charleston prison. 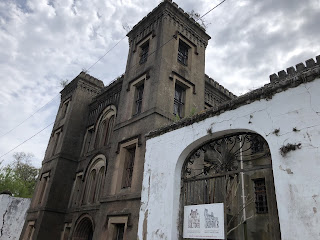 More biking down a long boardwalk and dog park on Mount Pleasant. 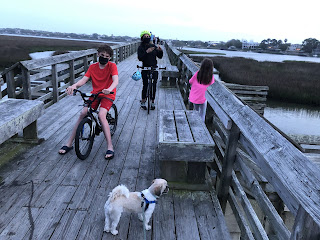 And probably the best dinner spot we hit: Slightly North of Broad in downtown Charleston. 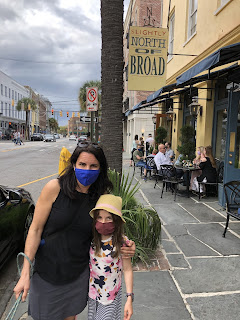