Great Magazine Reads: How Let It Be really finished off The Beatles 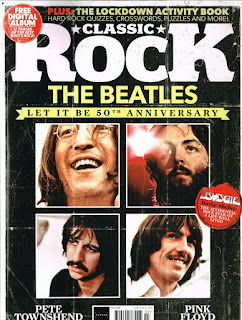 Classic Rock Magazine digs deep into history, and the cover story for Issue 276 puts all of the The Beatles’ final album, Let It Be (even though it was recorded before Abbey Road), into perspective. Here are some of the doozy need-to-knows:
My take: I definitely love the album Let It Be, but it’s because of the songwriting, not because of Spector’s production.

Email ThisBlogThis!Share to TwitterShare to FacebookShare to Pinterest
Labels: Magazines, Music, The Beatles