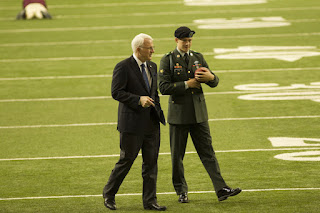 Novel of the Month: Billy Lynn’s Long Halftime Walk by Ben Fountain: Billy Lynn is on a victory tour for two weeks with his Bravo Company, which has won a major and treacherous battle in Iraq. Most of the gripping tale centers on the gang’s visit to a Dallas Cowboys game on Thanksgiving, where they negotiate tricky deals with stadium employees, fans, a cheerleader named Faison, and a Jerry Jones-like Cowboys’ owner, who is seeking the rights to their story to option as a movie with Hillary Swank. I’d been wanting to read this for a while and glad I did (it's also a 2016 movie). 4.5 out of 5 stars

TV of the Month: McCartney 321 (Hulu): This series is an extended conversation between Sir Paul and music producer Rick Rubin and it sheds still more light on why McCartney is truly to pop music master, who I can't imagine will ever be topped in terms of one human being so perfect (as well as so darn cool) at musicial creation. 5 out of 5 stars 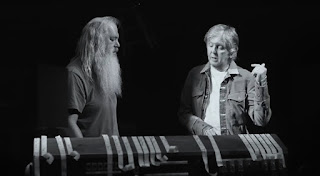 Never Have I Ever - Season 1 (Netflix): This coming-of-age story of Davi, an Indian-American girl in the Valley, is really cute and touching, and good for middle schoolers as well. Highlights of the season include the Model U.N. conference that ends up in drunkenness and a proposal for one country using nukes against another, the finale that leaves us in big anticipation for Season 2, and, of course, the narration by my favorite athlete of all time, John McEnroe (who I’ve oddly been dreaming about lately as a character from my childhood hometown of Edwardsville). 4 out of 5 stars

I Am Greta (Hulu): The impressive tale of 15-year-old Greta Thunberg’s quest to get world leaders to take notice and do something … anything, about climate change. The cameras follow her from starting out with simple one-person strikes in Stockholm to a rough boat ride all the way to New York, all the time battling her Asperger’s condition and the malaise of leaders and the public. But her messages touchingly begin to take hold. 4 out of 5 stars

Space Jam: A New Legacy (HBO Max): A big loud mashup of every pop-culture character under the sun, this is pretty entertaining but I can’t say it’s actually all that funny or even all that creative, but worth a couple hours with the kids. 3 of of 5 stars

Posted by Pop Culture Lunch Box at 11:10 AM No comments:

Little Richard was the rock pioneer and his hits remain classic 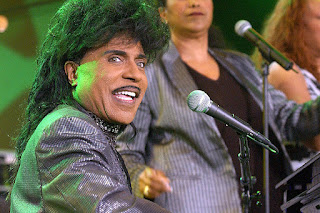 Little Richard, the self-proclaimed “architect of rock’s roll,” died just over a year ago, back on May 9, 2020. I recently re-revisited his story by reading great obituaries in Classic Rock Magazine and Mojo Magazine, and here are some of the things to know about LR: