Things I learned about Dinosaur Jr. in The Big Takeover’s recent cover story 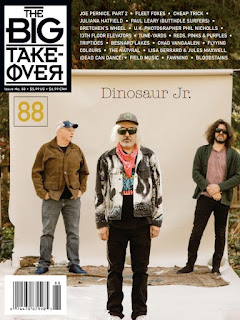 Jack Rabid does one of his typically great interviews in The Big Takeover #88 with one of my definite top 10 favorite bands of all time. Here are some highlights of the Dinosaur Jr. conversation:

And those are the nuggets. Luckily, Murph attended the interview because J. doesn’t say much in it.

Posted by Pop Culture Lunch Box at 11:30 AM No comments: 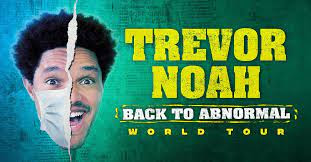 TV Show of the Month: Only Murders in the Building (Hulu): I have a major soft spot for all things Steve Martin and Martin Short. Which made this show a can’t miss. Add the weird and compelling Selena Gomez and this is one of the great TV 3-person gangs. They produce a podcast to investigate a murder in their New York high rise. It twists and turns over the 10 episodes so much that it’s nearly impossible to explain, but the humor and suspense make this definitely one of the best shows of the year. 4.5 out of 5 stars

Novel of the month: James S.A. Corey’s Leviathan Wakes is the hefty first book in a series about the colonization of space. Holden is the “good” Skywalker-like sci-fi pilot and Miller is the Han Solo-like pulp detective. The two of them and their ideas about how to save the universe play off each other all the way until the explosive ending. It’s a space soap opera that is worth the investment if you have the 600 pages worth of time. At some point, I may venture into the second book. 4 out of 5 stars

Concert/Event of the Month: Trevor Noah at the Capital One Center in Washington D.C.: This was a surprise gift the night before my birthday and it was nice to see and attend a large indoor event. Noah riffed for about 90 minutes with his best pieces on how white people dance to the words instead of the beat, white people are great swimmers, and lots of social commentary. There were two decent opening acts as well. 4 out of 5 stars

Movie of the Month: The Lodge (Hulu): Theis 2019 slow-mover of a creepy religious flick, both haunting and suspenseful. Two kids go off to an isolated Colorado house with the dad and stepmother. Very bad vibes prevail. Alicia Silverstone and Rily Keough are both excellently not-quite-right and make this a nice addition to the modern horror cannon. 3.5 out of 5

Silicon Valley - Season 2 (HBO Max): The tech gang stays funny and bro-y in this season as they continue to barely keep their entity intact, a lot like the kids over at the real-life Facebook these days. 4 out of 5 stars

America’s Sweethearts (Sling TV): John Cusack is one of my favorite actors, but this team up with Catherine Zeta-Jones and Julia Roberts stretches the bounds of worthiness. They all do as well as they can with what they’ve got, and that includes Billy Crystal and Christopher Walken too, but the story of Hollywood players trying to get former star couple Cusack and Zeta-Jones back together is mostly silly. Hank Azaria is another favorite of mine, from The Simpsons and Brockmire, but he’s lucky this turn as a Latin lover didn’t abruptly end his career. This hasn’t stood up well, and garners 2.5 out of 5 stars.