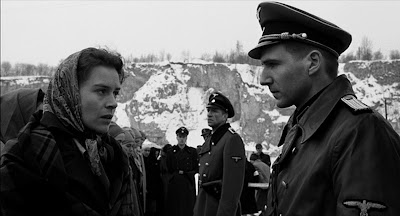 Movie of the month: Schindler’s List (Sling TV/Showtime): Of course I saw this years ago, but now it was time to watch with my 14-year-old son. The true story of the Nazi industrialist who did just about all that he could to save as many Jews from the Holocaust as possible is a heartbreaking and tear-filled story that is crucial to build empathy and caring in a world that seems almost as cruel as those days in some ways. 5 out of 5 stars

Borat (Hulu): What can you say? This is an essential comedy, possibly with more insightful social commentary on the United States than any other film ever. The dark side of our way of life is revealed in scene after scene of Borat traveling across the country to take best practices back to his homeland. Hey, the U.S. is great in countless ways, but as these undercover interactions with politicians, frat boys, and rodeo racists show, it seems he may have been better off picking another country for a leading example of good. 5 out of 5 stars

The Shining (HBO Max): Jack Nicholson still horrifies all these years later in Stephen King’s slow burner of a psychological breakdown. It’s doesn’t all make sense, but basically know that the murderous ghosts are alive and well at The Overlook Hotel. It may be the one King movie that is actually better than the book, but that’s a controversial take. 4.5 out of 5 stars

Babyteeth (Hulu): A teen girl is dying of a disease and she stumbles upon a local drug dealer who makes her end days better, leading to a complicated relationship with her parents, including the dad, one of my favorites, Ben Mendelsohn. A powerful drama. 4 out of 5 stars

American Honey (Showtime): This is the overly long but otherwise mesmerizing film about a rebellious teen who takes up with some hard-partying drifter/grifters. They ride around in a van selling magazines in various communities. It’s an impressive study of lost youth in a world when sometimes even the most skewed love of friends will have to do. 3.5 out of 5 stars

Spider-Man: Homecoming (Amazon): I’ve never seen the Tom Holland series and this opener from 2017 sets a promising tone for the series, with Spidey battling his bullying schoolmates and a Falcon-like arms dealer bad guy played to extra evil effect by the excellent Michael Keaton. Looking forward to parts 2 and the new 3. 3.5 out of 5 stars

Audiobook of the Month: Once Upon a Time in Hollywood by Quentin Tarantino: This is overall pretty unnecessary since the movie is one of my favorites of Tarantino’s and it could hardly be topped. Audiobook, however, is definitely the way to go and, like the film, it’s filled with great scenes. The story even unfolds differently than the movie so it’s worth it for that. The long listings of old real Hollywood names can be tiresome, but a good story is a good story no matter how you deliver it. 3.5 out of 5 stars