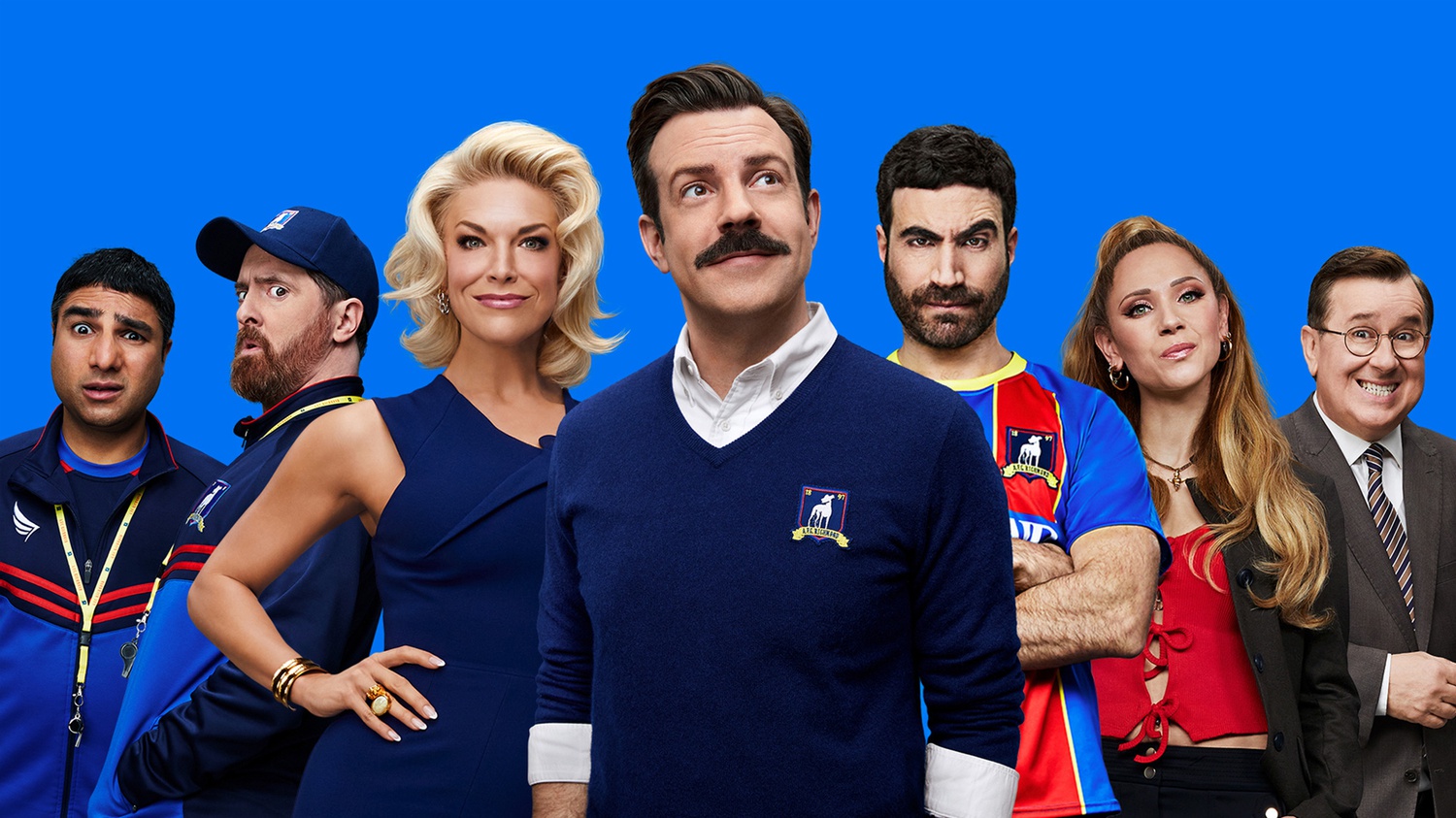 TV Show of the Month: Ted Lasso - Season 1 (Apple TV)
Comedy seems to be a forgotten art in this era of too much TV to ever actually watch and all of it being dramatic masterpieces. So this not only came along at the perfect time of pandemic depression, but it would have been hilarious and overdue no matter what the timing. American football coach takes over British football team? Perfect premise. And Jason Sudeikis, whom I've never been that crazy about, brings the positive spirit, with just about every line he utters being laugh-out-loud. Then brilliant supporting players Hannah Waddingham (Rebecca), Juno Temple (Keeley), Brett Goldstein (Roy Kent), and Phil Dunster (Jamie Kentt) round out some serious must-see-TV for the 2020s. 5 out of 5 stars

Movie of the month: Planet of the Apes (HBO Max): Nothing makes me happier than when my 14-year-old son loves one of my favorite childhood movies. This classic from 1968 and its sharp analysis of the human condition (we destroy ourselves with our inability to show any intellectual consistency) instantly inspired my son to demand that I download Beneath, Escape, Conquest, and Battle for … Looks like February’s TV Snide will be heavy on Apes’ sequels. 5 out of 5 stars

Escape from Alcatraz (Sling TV): This has always been my favorite of the amazing Clint Eastwood collection. And my 14-year-old son really loved it too, so it stands the test of time. The mystique of that San Francisco landmark persists. 5 out of 5 stars

Don’t Look Up (Netflix): Leo DiCaprio and Jennifer Lawrence lead an excellently casted production that finds them as Michigan State astronomers who try to convince the world that a comet will kill all life on Earth in a matter of months. Meryl Streep as the president leads the naysayers who refuse to believe that the scientists have it right. The movie substitutes our ridiculous political divisions about COVID-19 with the end of the world. The humor in the movie originates from the fact that we may be too far gone as a species to be able to save ourselves. Cheesy but also funny and powerful in an updated Dr. Strangelove kind of way. 4.5 out of 5 stars.

Novel of the month: One By One by Ruth Ware: The British author has been called the new Agatha Christie and for good reason. This one bears a resemblance in plot to And Then There Were None. It’s told from the perspectives of two young women at a ski resort in the French Alps that is hosting a corporate retreat of startup Snoop, an app that allows users to hear what other people are listening to. An avalanche begins a serious of mysterious and grisly deaths among the group. Building in an intense and thrilling way, the story also develops its characters and their motives relatively well. I’m intrigued enough to read more by Ware. Oh, and don’t read this on a skiing trip. 4 out of 5 stars

Non-Fiction of the Month: Dave Grohl: The Storyteller: Mushy and full of dad-like comedy, the Nirvana and Foo Fighter living legend nevertheless reads the audiobook version of this tale of life affirmations he’s achieved through rock n’ roll. I love his bands, and his enthusiasm and his stories have all the right characters (Paul McCartney, Joan Jett, Tom Petty, etc.) even if this is only an above-average autobiography. 4 out of 5 stars

Charlie’s Angels (Hulu): Cameron Diaz, Drew Barrymore, Lucy Lui, and Bill Murray supply the goofball action antics in a movie that is short on plot but pretty high in stupid entertainment value and a fun soundtrack. 3.5 out of 5 stars

The Water Man (Netflix): A suspenseful kids movie that is worthwhile for the whole family. A kid needs to save his mom from dying of leukemia and must find a hopeful hero, the protagonist in the movies title, deep in the burning forest. 3.5 out of 5 stars