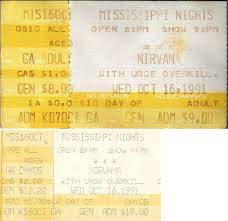 St. Louis alt-weekly Riverfront Times recently published an oral history of one of the best concerts I ever attended (yes, I was really there). My main memories of Nirvana and Urge Overkill playing Mississippi Nights on October 16, 1991 are that it was my 21st birthday, I had one beer because that was all I could afford and my friends couldn't afford to buy me any more, the entire UO band walked right past us as we entered the venue, and much of the crowd famously got on stage at Kurt Cobain's invitation.

Here's how some of the others in attendance remembered it in the RFT article: 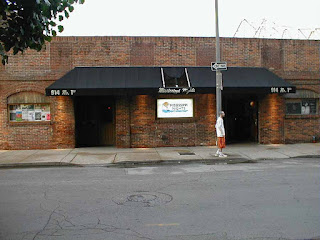 In the end, Nirvana was able to finish up the show for us, going late into the night. Mississippi Nights, which I've occasionally gone back to in hopes of standing on hallowed ground, doesn't even exist anymore. It's apparantly a parking lot, and it's been tough to even locate its actual old location, which I've tried to do at least a couple of times.
Posted by Pop Culture Lunch Box at 12:25 PM