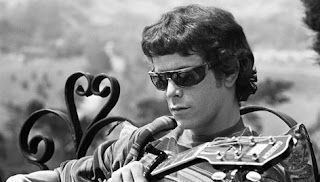 Psycho (DVD): It was time to finally introduce my son to perhaps my favorite movie. Alfred Hitchcock's greatest masterpiece of course had him afterwards shaking in the shower, and the brilliance and unpredictability of the film never gets old. I used to watch this every year or so, but this time hadn't seen it in probably a decade. Riveting. 5+ out of 5 stars

Avatar (Disney+): I gave this epic sci-fi tale a 5-star review back in 2010 the night it was winning best picture at the then-relevant Golden Globes. More than a decade later, it more than holds up, with trite dialogue but a classic script featuring the age-old battle between scientists, the military, and big business seeking to commit genocide in order to obtain valuable minerals. Watched this with my 14-year-old son, who loved it, as Avatars 2 through 4 prepare for their imminent release. (Still) 5 out of 5 stars

Velvet Underground (Apple TV): After a slow and fittingly trippy, weird start to this documentary by Todd Haynes, the story of VU, my fifth favorite band, lifts off. It’s an ultimately tragic and dark story of underground success, with Lou Reed and Andy Warhol essentially directing the whole shebang until all the other other players eventually couldn’t take it or faded away. 4.5 out of 5 stars 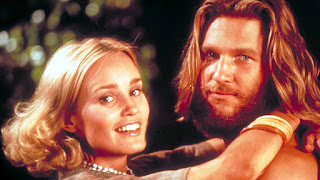 King Kong (Sling TV): I’ve had a special place in my heart since I saw this on the big screen as a 6-year-old while visiting my aunt in Memphis. The Empire State is replaced by the Twin Towers and Kong is epically pulled along from his lost island across the world. The seeds of Jeff Bridges as Lebowski are placed, as are Jessica Lange’s weirdo future American Horror Story characters. 4.5 out of 5 stars

Honey I Sure Miss You (YouTube): After Daniel Johnston’s 2019 death, a bunch of musicians video recorded their own versions of his songs. This very-pandemic collection highlights Johnston’s highly unusual but almost always catchy work. All the performances are worth watching, with highlights from Jeff Tweedy, Waxahatchee, and Beck. 4 out of 5 stars

The French Dispatch (HBO Max): This is a typically quirky Wes Anderson film that is pretty minor when compared with his early classics like Bottle Rocket, Rushmore, and The Royal Tenenbaums. That said, the compilation of stories mostly succeeds, with Benicio del Toro, Timothee Chalamet, and Owen Wilson's being the most entertaining, in telling the story of life for the writers at a New Yorker-like literary magazine. 3.5 out of 5 stars

Things Fall Apart by Chinua Achebe: There have been many others that have since told this story from an African (Nigerian) colonized perspective better, but it is indeed an enjoyable original. 3.5 out of 5 stars

Call Me Joe by Poul Anderson: This is somewhere between a short story and a novella. It’s about a man in a wheelchair who, very much like in the later Avatar, is colonizing Jupiter through a one-man avatar. He eventually likes being on the planet much more than being in his science tank and the story ends with him being basically reincarnated as Joe, his avatar. Great idea but a little boring. 3 out of 5 stars. (This is the first story in the collection called Masterpieces: The Best Science Fiction of the 20th Century, edited by Orson Scott Card. The second and third pieces, by Lloyd Biggle, Jr., and Robert Heinlein, one of my favorites, aren't that strong either, so probably go elsewhere for your sci-fi fix.)