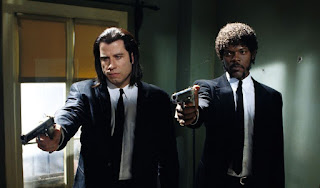 Movie of the Month: Pulp Fiction (HBO Max): I’ve long claimed this as one of my favorite 2 or 3 movies, and after not watching it for 15 years or so, it still doesn’t disappoint. It seemed like a good candidate to watch with my son on the eve of his high-school career. One thing I never noticed before is how surprisingly few of the main characters die. Also, just for fun, I would love to see the movie reworked into chronological order rather than all the time shifts that happen. 5 out of 5 stars 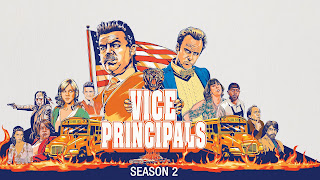 TV of the Month: Vice Principals - Season 2 (HBO Max): Danny McBride and Walton Goggins are immaculate as this story of the fight to lead the high school goes all-out drop-down and dangerous, even including a mascot tiger that mauls some characters. Its final season wraps up neatly, assuring this show’s place in TV comedy history. 5 out of 5 stars

The Righteous Gemstones - Season 2 (HBO Max): I did a lot of Danny McBride watching this month. And that can never be bad. He’s got to be my favorite comedic actor at this point, up with the likes of Bill Burr and Mike Myers (still). The family continues to show its mega-church evil, wackily obliterating anyone who dares to threaten the empire. 4.5 out of 5 stars

Novel of the Month: L.A. Weather by Maria Amparo Escandon: This character-driven family story takes place over the eventful 12 months of 2016, held together by the wildfires and drought of Southern California. The patriarch of the Alvarado family is in a secretive funk and his wife is having an affair and wants to divorce him. Then their three daughters - Olivia, Claudia, and Patricia - all begin their own divorce proceedings. A brain tumor, stolen embryos, and drowning twin granddaughters all play a role in doing their best to take down this close Jewish-Mexican clan. 3.5 out of 5 stars

Crying in the H Mart by Michelle Zauner: I wanted to read this memoir because it got good reviews and I like the author’s band Japanese Breakfast. It is a moving portrait of the author’s loss of her mother at a relatively young age. The story bounces back and forth from the U.S (mostly Oregon) and Korea and it’s always guided by what her mother would have done and what food is being consumed. It’s a quick read and definitely inspired me to start shopping at H Mart, which is near tennis courts I often play on in Wheaton, Md. 3.5 out of 5 stars

Persuasion (Netflix): Dakota Johnson is cute in the very negatively reviewed update of the 1818 Jane Austen novel. She pines for a sailor she romanced eight year’s previously and, when he returns, things get interesting. Under-rated light fun. 3.5 out of 5 stars