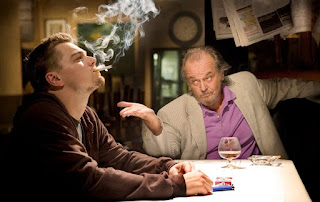 The Departed (HBO Max): Rewatching this Martin Scorsese epic is pretty sweet after a long time away from it. It should be called Rat Vs. Rat or Rat Nation. The plot thickens as the viewer can’t always tell who’s good and who’s evil while Matt Damon and Leo DiCaprio each cozy up to terrifying mob boss Jack Nicholson. At 2.5 hours, it’s long but darn near perfect. 5 out of 5 stars

Never Have I Ever - Season 2 (Netflix): The John McEnroe-narrated comedy is back and Davi navigates high school and a love triangle that she ponders for the entire season. Funny and heartwarming, with great character building. 4 out of 5 stars

North Hollywood (Amazon Prime): In some ways, this is almost a spinoff of mid90s, with at least a couple of the same skateboarding actors. It tells the story of a kid who wants to be a pro skater but he has to navigate relationships with his childhood friends, love, and his dad who doesn’t want him to be a skater. 4 out of 5 stars

Halloween Kills (HBO Max): This 2021 entry into the Halloween canon find Laurie Strode (Jamie Lee Curtis) still hanging on by a bread in her lifetime pursuit of killing Michael Myers. Michael has other plans in mind, finding new and more gruesome, torturous ways to obliterate the citizens of Haddonfield. 4 out of 5 stars

Hustlers (Hulu): Constance Wu, Jennifer Lopez, and Betty from Riverdale star in a pedestrian tale of strippers drugging rich guys and stealing lots of money from them. It’s watchable but clearly bad. 2 out of 5 stars