Novel of the Month: Carrie Soto is Back by Taylor Jenkins Reid. Perhaps my favorite beach-read writer of the past few years, this author does not disappoint, coming out with a story about my favorite sport, tennis. Soto is an unlikeable striver who comes back from retirement to defend her record for most Grand Slam tournament titles ever. Carrie’s complicated but close relationship with her coach father, Javier, is deeply explored and readers wonder which tabloid romance with male players will bloom. It seems the details of the tennis world might even be more interesting to people who don’t know about it than to people like me who do. 4 out of 5 stars

TV Show of the Month: Mindhunter - Season 2 (Netflix): Season 1 of this show was so good that I was savoring waiting to watch Season 2 for years. Netflix is unbelievably not offering a Season 3 of the David Fincher crime drama about the founding of the FBI's serial-killer investigation unit. Jonathan Groff (who played King George III in the original Hamilton production!) as the cerebral young agent and Holt McCallany as the grizzled veteran bring a perfect balance as they interview the likes of Charles Manson and Son of Sam to build an understanding of why some people kill over and over. The pressures of the job play a toll on all the agents' personal lives, as this season focuses on an active investigation of dozens of dead Black children in Atlanta and a serial killer on the loose in Kansas. 5 out of 5 stars 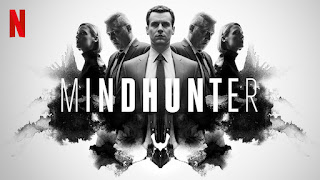 Servant - Season 1 (Apple TV): This is a slow-burn creeper about a girl who comes to help a wealthy couple in their Philadelphia rowhouse. They have recently suffered a baby-related tragedy, but they haven't seen nothing yet. You rarely see the twists and turns coming, and Rupert Grint is particularly great as the wine-swilling brother/fixer. But things are far from fixed, with two more seasons already produced to try to make things right. 4.5 out of 5 stars

Movie of the Month: The Talented Mr. Ripley (Sling TV): This Matt Damon classic is for lovers of Alfred Hitchcock. Ok, that actually mean it’s for everyone. Damon is the character in the title and, although he’s a simple tuner in the university piano shop, Ripley concocts a personal narrative that get him sent to Italy to check on a supposed wayward classmate. Anyone in his path ends up suffering the psychological terrors burbling under mr.-nice-guy. Jude Law and Gwenyth Paltrow also star. 4 out of 5 stars